GUEST BLOG: In a Flash by Barbara Venkataraman Plus Giveaway!

Previous articleBOOK BLAST: RELATIVELY NORMAL SECRETS by C.W. Allen Plus Giveaway!
Next articleGUEST BLOG: Inspiration for the Book by Kat Flannery Plus Giveaway!

Ah, flash fiction, it’s a beautiful thing. Don’t believe me? Try telling a story in just six words and include character, setting, plot, conflict, and theme. Impossible, you say? Hemingway did it like this: “For sale: Baby shoes. Never used.” A tragedy in six words. Impressive, you say, but so what? Hemingway’s books had more than six words in them. You’re right, but did you also notice Hemingway never wasted a word? Every single word counts, no fluff, no puff, no flowery descriptions. Tight writing is the key to everything and that’s where flash fiction comes in.

In his book On Writing, Stephen King recounts how, early on, an editor gave him life-changing advice. On a form rejection letter, the editor wrote: “Not bad, but PUFFY. You need to revise for length. Formula: 2nd Draft = 1st Draft – 10%. Good luck.”  To paraphrase Elmore Leonard, just leave the boring stuff out. Great advice, you say, but how do I do that? The answer is flash fiction. Like practicing scales on the piano, great writing takes practice. Take any two hundred words you have written about anything and reduce it to one hundred words. Yes, you must kill your darlings. Punctuation is your friend. Commas and semi-colons can replace words like and. The thesaurus is also your friend and can give you (provide, see how easy that was?) strong replacement words (substitutes).

After you finish reducing your two hundred words to one hundred, try reducing it to fifty words. I know it seems impossible but try anyway. I have faith in you. Even if you can’t get to fifty, eliminate as many words as you can without losing the essence of the writing. Hint, you rarely need the word that. Now compare the three versions and notice what you were able to cut. Amazing, isn’t it? After you perform this exercise another ten times (fifty? A hundred?), you’ll see a marked improvement in your writing.

Here’s another exercise for you. Write a letter to the editor in one hundred and fifty words. You don’t have to send it in, just write it. State your premise, make your argument, and reach a conclusion all in one hundred fifty words. One more thing, be convincing. Use strong verbs and evoke an emotional response. Here’s one I wrote titled House on Fire using one hundred forty words:

If your house were on fire, would you leave your family inside and hope for the best? That’s exactly what Florida Legislators have done by refusing to enact meaningful gun reform. No matter how many Resource Officers or “Guardians” they hire, they have done nothing to stop the next school massacre. When civilians have the fire power to massacre their fellow citizens in less time than it takes to order coffee at Starbucks, nothing will stop them—except taking away high-power guns and high-capacity ammunition, which our legislators refuse to do.

When one person can fire more than 1,100 rounds in ten minutes from the 32nd floor of the Mandalay Bay Hotel killing 58 people and injuring another 851, our house is on fire, engulfed in flames. And it is our legislators who have abandoned us inside this burning building.

Whew! It makes me angry to read it and I’m the one who wrote it. Did you like the Starbucks comparison? Using the analogy of a house on fire and abandonment and family I close the piece by returning to the opening, proving the argument I set out to prove. At least I hope I did. Give it a try, convince someone a problem exists that needs solving, you don’t have to present the solution.

Now, with your honed skill of compact wordsmithing, write a story in exactly fifty words. Remember, it’s a story so there must be character, setting, plot, conflict, and theme. Here’s mine:

Fire! She tried not to panic as acrid fumes filled her nostrils, burning the very air. Her only desire, save her loved one, sleeping beside her. Her strength, her willpower, her fierceness, she used them all to rouse him. Awake—finally!—he carried her to safety, exclaiming “Good dog, Rosie!”

If you need a story idea, just read the news and pick something to write about. Or describe your morning routine. Here’s mine. It’s one hundred fifty-six words, titled The Senses Awaken:

Padding bleary-eyed into the kitchen, I grope my way towards sanity, towards my little miracle. Only it can soothe my parched throat and banish the vague nightmares that still skitter through my brain like the deformed creatures they are. A simple routine, but I relish it. Moving like an automaton, I check the water level in the machine and flip the on switch, take out the milk (thank God, there’s milk!) and reach for the coffee, the spoon, the sugar. As I measure the finely ground espresso powder and tamp it into the compartment, I breathe in deeply, the dark complex aromas swirl in my flared nostrils promising me revival and a return to the world of the real. Without the aroma, would I enjoy coffee as much? I wonder, but then dismiss the thought as foolish. It was like imagining a sun with no heat, a sky with no blue, a heart with no love.

I hope you learn to love flash fiction and tight writing as a way to crystallize your thoughts. For clarity and beauty, a story, like a jewel in the rough, needs the right cuts and a fine polish. 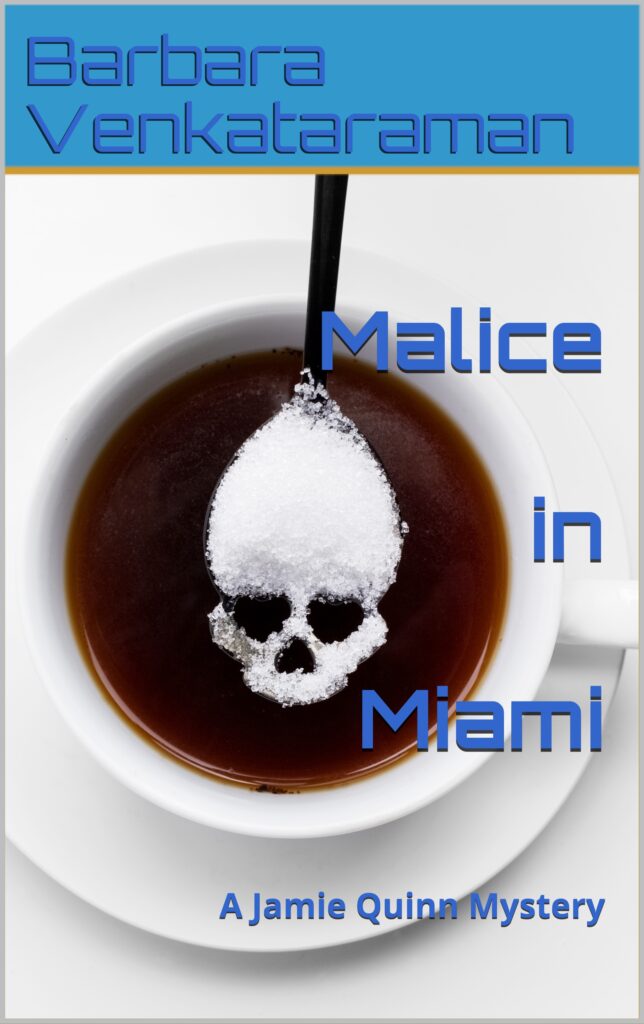 Reluctant family law attorney Jamie Quinn is loving life–and why wouldn’t she? Her boyfriend Kip is back from Australia, her long-lost dad finally has his visa and she’s about to start her dream job at an art foundation. But it all falls apart when Jamie is accused of stealing priceless art from a rare book collection. If she can’t find out who framed her, she can kiss her dream job good-bye–and her law license too. Meanwhile, Kip has problems of his own. Now an environmental activist, he uncovers a deadly secret–one that just might get him killed. Jamie’s in trouble, Kip’s in danger, and Duke Broussard has gone AWOL. How could Jamie’s favorite P.I. abandon her at a time like this? 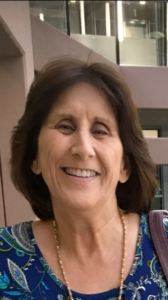 Barbara Venkataraman is an attorney and author of the award-winning Jamie Quinn Cozy Mystery series, as well as Teatime with Mrs. Grammar Person, Quirky Essays for Quirky People, and A Year of Shorts: Flash Fiction. Her books have won numerous awards including Indie Book of the Day, First Place in the 2016 Chanticleer Murder & Mayhem Mystery Writing Competition, Gold Medal in the Readers’ Favorite Contest for Memoir, and Two-time Finalist in the Kindle Book Awards. She also co-authored Accidental Activist: Justice for the Groveland Four with her son Josh about his four-year quest to obtain posthumous pardons for The Groveland Four.

September 1 – I’m All About Books – SPOTLIGHT