5-STAR REVIEW: IF THE LIGHT ESCAPES by Brenda Marie Smith

A standalone sequel to IF DARKNESS TAKES US

All that’s left for Keno, his family and neighbors is farming their Austin subdivision, trying to eke out a living on poor soil in the scorching heat. Keno’s still reeling from the death of his pregnant sister. His beloved Nana is ill, Grandpa’s always brandishing weapons, and water is far too scarce. Desperate thieves are hemming them in, yet he can’t convince his uncle and other adults to take action against the threat.

Keno’s one solace is his love for Alma, who has her own secret sorrows. When he gets her pregnant, he vows to keep her alive no matter what. Yet armed marauders and nature itself collude against him at every turn, forcing him to make choices that rip at his conscience. If he can’t protect Alma and their unborn child, it will be the end of Keno’s world.

IF THE LIGHT ESCAPES is post-apocalyptic science fiction set in a near-future reality, a coming-of-age story told in the voice of a heroic teen who’s forced into manhood too soon. 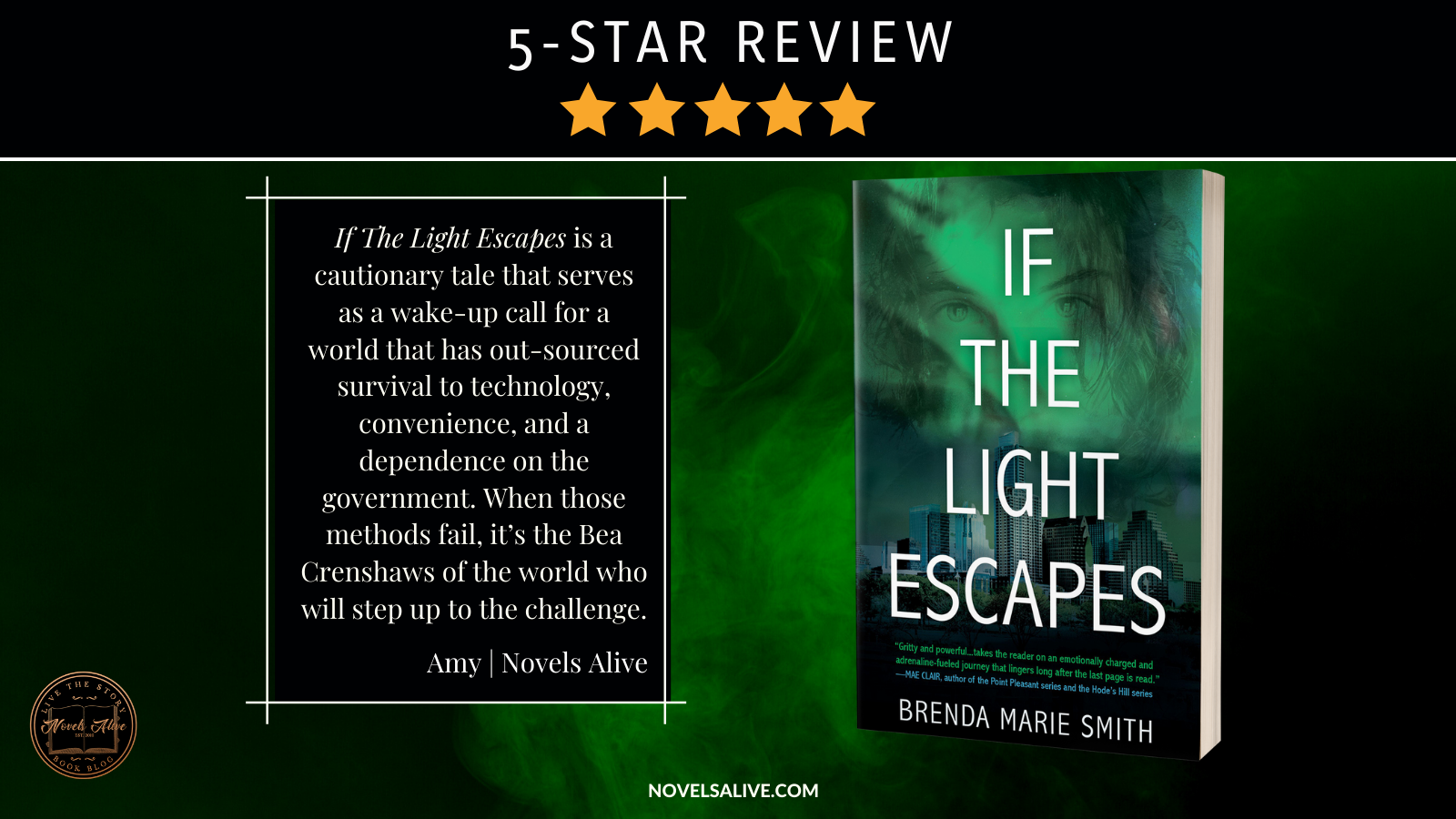 Fans of dystopian fiction are familiar with post-apocalyptic settings, whether it features zombies, war, or some sort of medical twist. Author Brenda Marie Smith sets the stage for her two-part series with the aftermath of a solar pulse that destroys the modern world.

Although each book can be read as a standalone, my recommendation is to read them in sequence. If Darkness Takes Us introduces the characters and sets the tone for the series. If The Light Escapes continues the story with a new set of challenges. To me, it’s like peanut butter and jelly. You need both of them for the ultimate treat.

The series focuses on the Crenshaw family led by Bea Crenshaw. She has her four grandchildren with her when the solar pulse happens. Thrown into survival mode for real, it turns out that Bea’s secret “end times” stockpiling means the difference between life and death. With the collapse of society, Bea finds herself stepping forward to lead her ragtag neighbors as they try to survive.

The author excels in character development, particularly with Bea. She evolves as a force to be reckoned with, but she has her share of flaws. Despite his age, I also like how her grandson, Keno, steps up in the sequel and makes leadership decisions. As the storyline progresses, the dynamic between family members adds a realistic human touch with all of the personal challenges. Not only do the characters have to deal with basic survival, but they face relationship issues, too.

The action itself is quite gritty, which is very much in line with the focus of the story. A fight for survival is not going to feature two warring factions happily walking arm and arm as resources dwindle. The focus has moved from day-to-day survival to sustainability by the second installment, with Mother Nature throwing plenty of curveballs. Based on the ending, I’m hoping there will be a third book.

If The Light Escapes is a cautionary tale that serves as a wake-up call for a world that has out-sourced survival to technology, convenience, and a dependence on the government. When those methods fail, it’s the Bea Crenshaws of the world who will step up to the challenge. 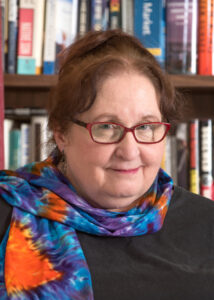 Her first novel, Something Radiates, is a paranormal romantic thriller; If Darkness Takes Us, and its sequel, If the Light Escapes, are post-apocalyptic science fiction.