Deserting his regiment in the aftermath of an injury, Torrent is just trying to get home to his fiancée without being robbed or arrested. Reporting the illegal saltpeter mine he finds on his return might be valuable enough for the army to overlook his truancy, perhaps even grant him a pension. If he’s willing to betray Molly to make that report.

For Molly, chemistry has always been more useful than magic, especially now that supplying the opposing side with gunpowder is the only thing keeping her from being ousted from her own farm. After two years apart, Molly knows it’s foolish to trust Torrent with either the mine or her heart. Unfortunately, Torrent’s not the only one interested in Coriander Hollow.

This is an adult fantasy novel, that might appeal to readers of Genevieve Cogman, Naomi Novik or Katherine Addison. It’s historical fantasy-ish (I describe it as ‘steampunk on a farm’), a little bit Cherie Priest meets Cold Mountain. 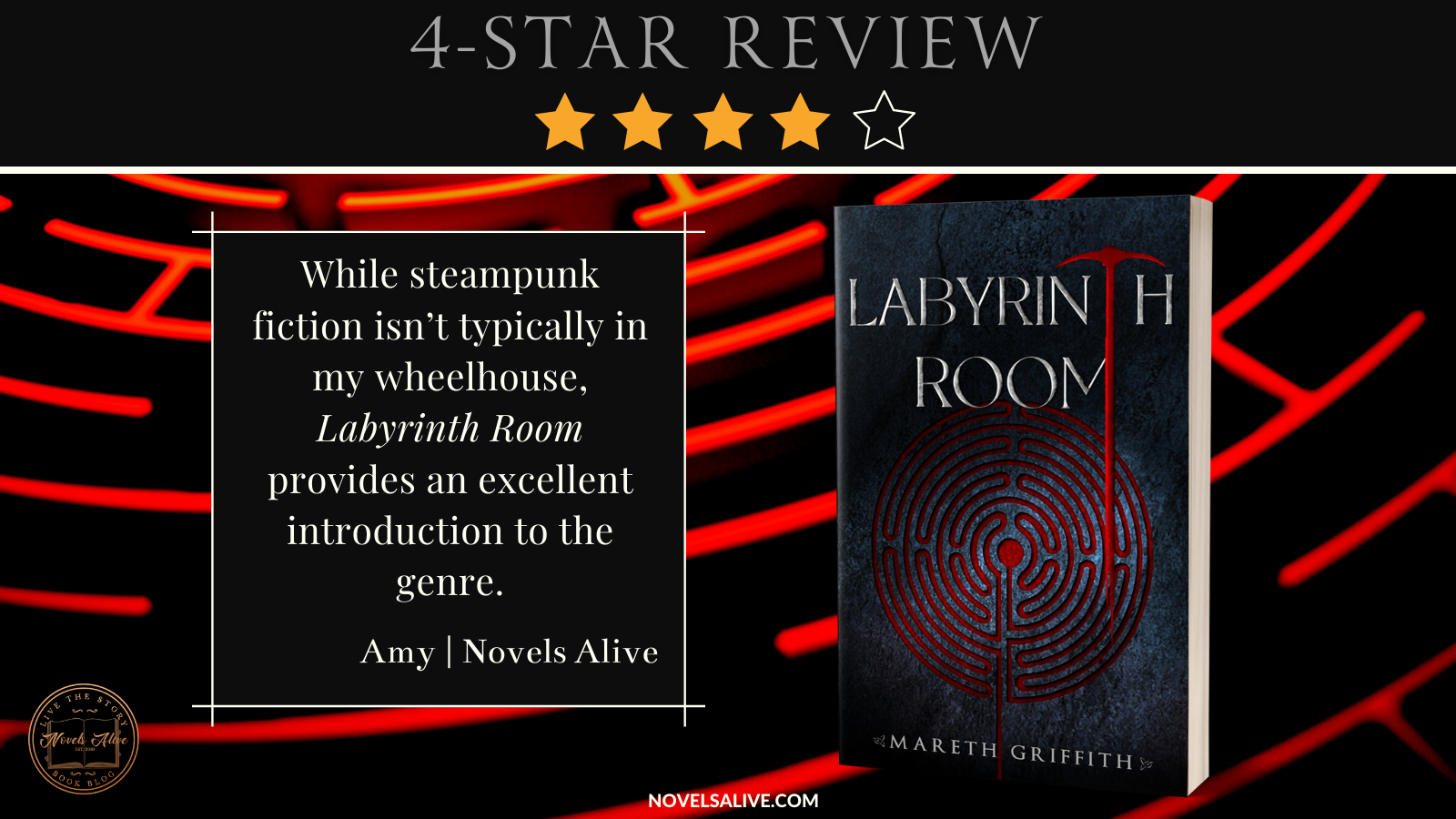 Left with a permanent reminder of his military service and classified as a deserter, Torrent Harrow wants only to go back home and see the woman he hopes to make his wife. En route, he discovers Coriander Hollow to be full of secrets leading to Molly’s doorstep. In Labyrinth Room, author Mareth Griffith delivers an unusual tale full of secrets.

The focal point is the mine in Coriander Hollow, where Molly serves as a gunrunner by allowing people to mine the saltpeter for gunpowder. Torrent’s discovery that his lady love is helping the enemy doesn’t sit well with him. There’s a lot of complexity involved in Molly’s actions during the two years Torrent has been away at war.

The writing itself is on point, although I found myself unable to really develop a mental image of what was happening beyond the fact that there is apparently more to the mine than even Molly knows. However, the ghostly intrigue of adding an encounter with the baldwinn named Cricket ratcheted up the suspense. Overall, the story builds slowly but ends with a satisfactory resolution (and a few surprises).

While steampunk fiction isn’t typically in my wheelhouse, Labyrinth Room provides an excellent introduction to the genre. 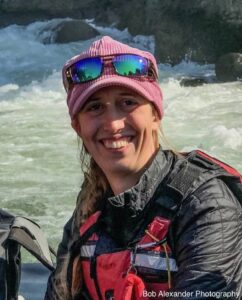 Mareth Griffith bounces between the Pacific Northwest coast and various warmer locations. She mostly lives in Seward, Alaska, and assures you winters there aren’t as bad as you think.  When she’s not writing, she works as a naturalist and wilderness guide, leading adventurous souls on epic quests to seek out glaciers, bears, and whales in the wilds of coastal Alaska. She’s also lived and worked in Scotland, Mexico, New Zealand, and Northern Ireland—where her nearest neighbors included two thousand puffins and the ghost of a spectral black horse.  Originally from West Virginia, Mareth attended Smith College in Massachusetts, studying music and theatre. Mareth plays classical violin well and rhythm guitar badly.

October 26 – Momma says to read or not to read – Spotlight

October 27 – Momma and Her Stories – Excerpt

November 1 – A Life Through Books – Interview

November 9 – On a Reading Bender – Review

November 16 – So Many Books – Spotlight