4-STAR REVIEW: THE FASTEST WAY TO FALL by Denise Williams 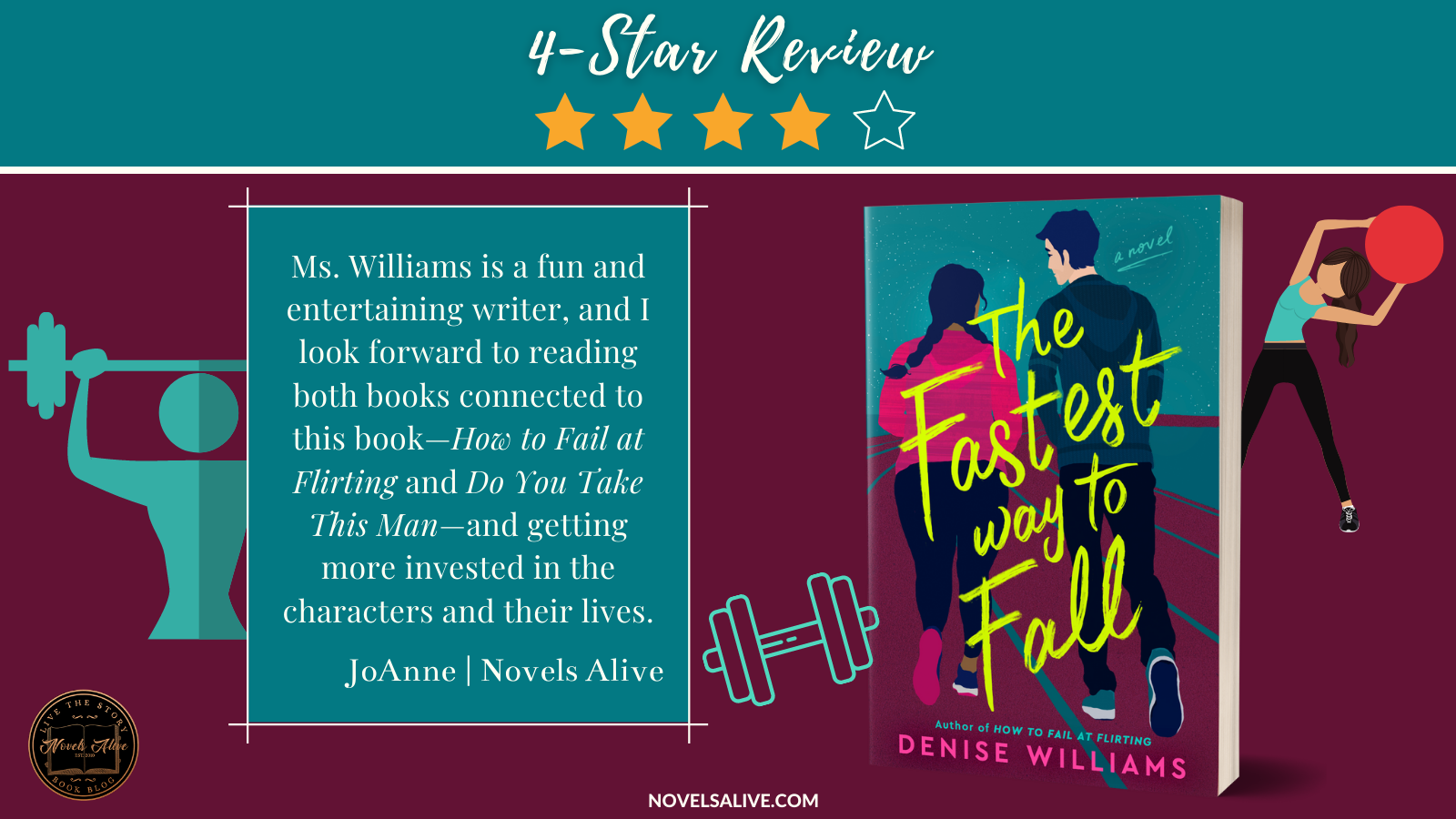 Britta didn’t plan on falling for her personal trainer, and Wes didn’t plan on Britta. Plans change and it’s unclear if love, career, or both will meet them at the finish line.

Britta Colby works for a lifestyle website, and when tasked to write about her experience with a hot new body-positive fitness app that includes personal coaching, she knows it’s a major opportunity to prove she should write for the site full-time.

As CEO of the FitMi Fitness app, Wes Lawson finally has the financial security he grew up without, but despite his success, his floundering love life and complicated family situation leaves him feeling isolated and unfulfilled. He decides to get back to what he loves—coaching. Britta’s his first new client and they click immediately.

As weeks pass, she’s surprised at how much she enjoys experimenting with her exercise routine. He’s surprised at how much he looks forward to talking to her every day. They convince themselves their attraction is harmless, but when they start working out in person, Wes and Britta find it increasingly challenging to deny their chemistry and maintain a professional distance.

Wes isn’t supposed to be training clients, much less meeting with them, and Britta’s credibility will be sunk if the lifestyle site finds out she’s practically dating the fitness coach she’s reviewing. Walking away from each other is the smartest thing to do, but running side by side feels like the start of something big.

The Fastest Way to Fall by Denise Williams is a feel-good story because Britta, an overweight wannabe writer, gets her chance to become a writer at her job.

Britta works for a lifestyle website, joins a fitness app, and is assigned a trainer, all for her chance to write about her experiences, unbeknownst to the company who owns the app. Her co-worker, Claire, is doing the same on another app, and while the two apps have somewhat of a connection, the two are nothing alike and have little in common, especially in their approach to fitness.

Her assigned trainer, Wes, has a more critical role at the company than he lets on, and Britta also doesn’t let him know what her real interest in the app, FitMi, is. Little does she know the opportunities her writing will give her access to—the paths it will open, the direction her life and career will take, as well as some of the incredible people she’ll meet or befriend her along the way.

She and Wes communicate through emails and texts, and he gives good advice and positive messages. Their communication is often playful and sometimes a little too personal, and one or the other will then back off. But what happens when they don’t? We get to know both Britta and Wes a little at a time, along with family, friends, co-workers, and some of their personal histories that have helped shape them in more ways than they realize, especially Wes and how he grew up. They both have a depth to them and secrets, not just related to their relationship as client and trainer or coach. There are some behind-the-scenes maneuvering and posturing that add layers to the story.

The story is told in alternating chapters by Britta or Wes and has a good flow with some tense moments and many happy ones. There is romance, loving, love, and some steaminess too.

As Britta gets into her fitness and running routines, she seems to have a new outlook on life, herself, her goals, and what she can accomplish. There are some laugh-out-loud moments but also some difficult choices that will have to be made.

When things become more heated between Britta and Wes and they no longer follow the rules of the client/trainer interactions, things are looking good for them, but are they really? As they deal with the repercussions of their actions and being together, they both take hits in their careers—Britta more than Wes. Can they continue to live in their own little bubble, or will the real world intrude?

As we see them reach both highs and lows personally and their emotions do the same, it’s hard to wrap their heads around. There is lovely closure that comes after difficult and emotional times in their lives and not just related to their interactions due to the app, FitMi. The epilogue ties up some loose ends but left me wanting more.

Ms. Williams is a fun and entertaining writer, and I look forward to reading both books connected to this book—How to Fail at Flirting and Do You Take This Man—and getting more invested in the characters and their lives. 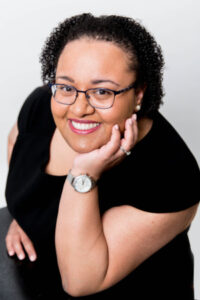 Denise Williams wrote her first book in the 2nd grade. I Hate You and its sequel, I Still Hate You, featured a tough, funny heroine, a quirky hero, witty banter, and a dragon. Minus the dragons, these are still the books she likes to write. After penning those early works, she finished second grade and eventually earned a PhD. After growing up a military brat around the world and across the country, Denise now lives in Iowa with her husband, son, and two ornery shih-tzus who think they own the house. How to Fail at Flirting was her debut novel and she can usually be found reading, writing, or thinking about love stories.

4-STAR REVIEW: THE FASTEST WAY TO FALL by Denise WilliamsMs. Williams is a fun and entertaining writer, and I look forward to reading both books connected to this book—How to Fail at Flirting and Do You Take This Man—and getting more invested in the characters and their lives.