Previous article4-STAR REVIEW: A PRINCE IN THE PANTRY by May McGoldrick
Next article3-STAR REVIEW: HIS MAJESTY’S HIDDEN HEIR by Lucy Monroe 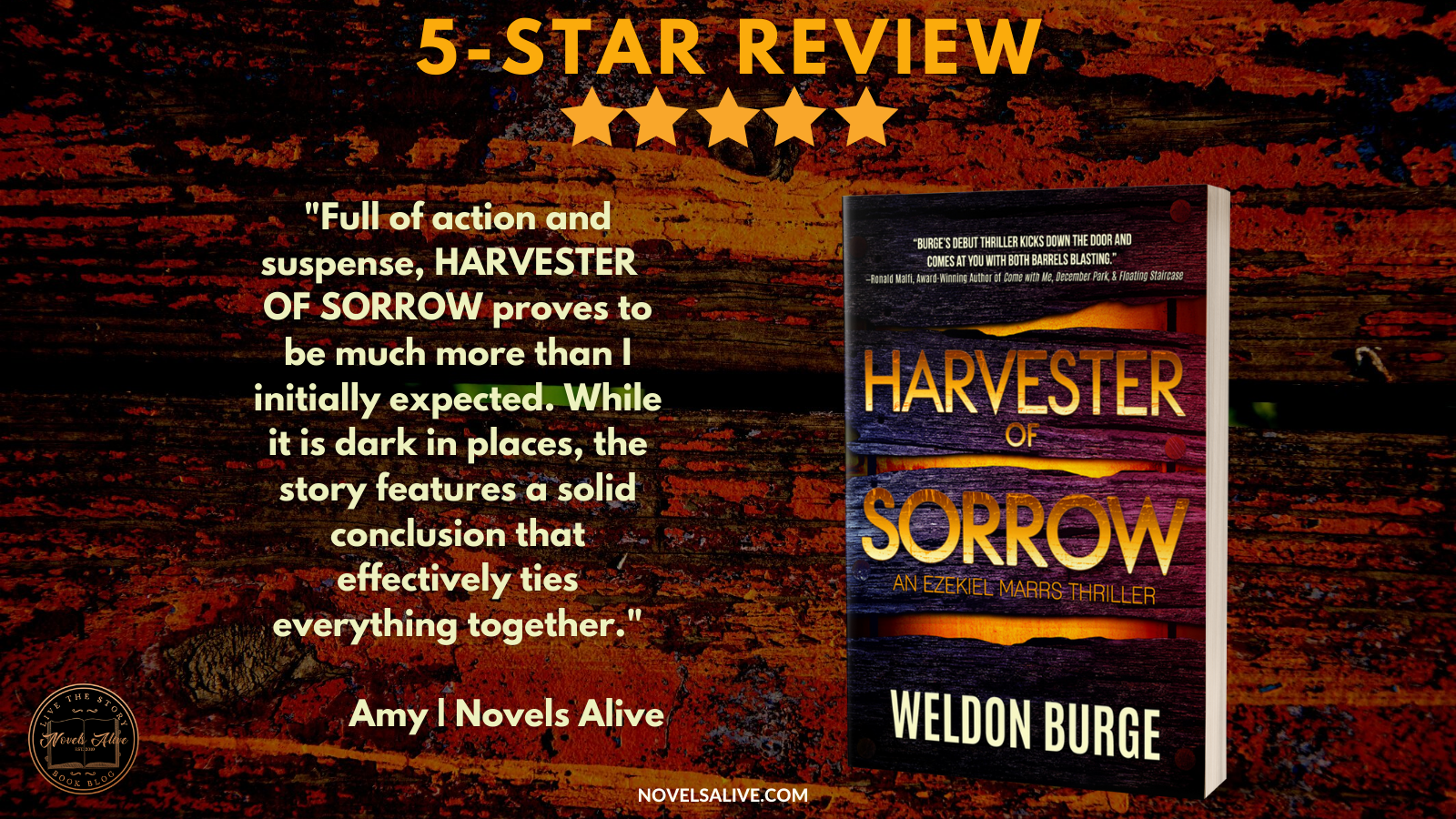 “Welcome, Ezekiel Marrs, to the hall of great detective heroes. In HARVESTER OF SORROW, we get a front-row seat as Marrs confronts a sadistic, unforgettable killer with a rare and terrifying background: the bloody, dark arts of voodoo. It’s a no-holds-barred run to the explosive climax where it’s not a sure thing that Marrs will even survive. Grab a drink and find a comfortable chair to enjoy this new thriller from Weldon Burge…but leave the light on until you finish.”
—Matthew Iden, Best-Selling Author of the Marty Singer Detective Series

A whirlwind of tragic, terrifying events…
A vodoun priest is brutally slain in Port-au-Prince, Haiti.
On American soil, a man stands atop his car—naked from the waist down—and suddenly succumbs to a mysterious death.
Within the silence of a state park, an abducted child is found dead; yet another in a series of similar slayings.
In the small city of New Warfield, ODs have skyrocketed from the use of cocaine tainted with an undetermined substance.
Detective Ezekiel Marrs may just have the wealth of strength and skills needed to fight these dark forces, to uncover the facts behind these hideous cases and how they relate to one another. With his team, Ezekiel takes on the immense task of putting the pieces together…making the connections that will hopefully solve this puzzle and stop the seemingly endless death and destruction.
But when Ezekiel and his fellow police officers find themselves facing two of the most vicious adversaries they’ve ever encountered, more lives hang in the balance as they battle to survive a deadly, inevitable confrontation with unimaginable evil.

Detective Ezekiel Marrs needs a break on the three homicide cases he is working on involving young boys. When a fourth body is found, this time a little girl, he’s hoping for some new clues. In Harvester of Sorrow, the first book in the Ezekiel Marrs Thriller series, author Weldon Burge delivers a dual storyline involving the missing children and a string of drug overdose deaths featuring a rare toxin.

The first chapter, which occurs 11 years prior to the main story, focuses on an encounter between policemen Andre Dekker and Edouard LeBorg, who had escaped from a psychiatric hospital. The interesting tidbit is that LeBorg is apparently a practitioner of the black arts. The author uses this as background for events that occur later in the book and then inserts additional segments from the past. This information is important because it provides context for what is happening.

While the story’s main character appears to be Detective Marrs, he is later joined by Dekker, who now works for the FBI. At this point, the plot takes a dark twist into the world of voodoo. This approach provides the necessary bridge between past and present.

As the villain of the story, LeBorg is the epitome of evil. The author does a phenomenal job depicting LeBorg’s sociopathic tendencies, particularly the encounter in the abandoned foundry. The detailed description of that site gave me a front-row seat for all of the action. As an added bonus, the author delivers an intriguing twist involving one of the child homicide cases.

Full of action and suspense, Harvester of Sorrow proves to be much more than I initially expected. While it is dark in places, the story features a solid conclusion that effectively ties everything together. 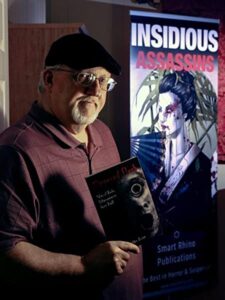 Weldon Burge, a native of Delaware, is the debut author of the thriller Harvester of Sorrow, the first in the Ezekiel Marrs series published by Suspense Publishing. He is also a publisher and full-time editor. Weldon’s short fiction has appeared in many publications, including various magazines and anthologies (such as Crimeucopia, The Best of the Horror Society 2013, Pellucid Lunacy: An Anthology of Psychological Horror, Ghosts and Demons, Beach Pulp, and Scary Stuff, just to name a few). His stories have been adapted for podcast presentation by Drabblecast. Weldon is also a frequent writer for Suspense Magazine, often writing author interviews.

In 2012, Weldon and his wife, Cindy, founded Smart Rhino Publications, an indie publishing company focusing primarily on horror and suspense/thriller books, many of them anthologies. To date, the company has published 15 books, including Zippered Flesh: Tales of Body Enhancements Gone Bad, Insidious Assassins, Asinine Assassins, A Plague of Shadows, The Box Jumper, Broken: Stories of Damaged Psyches, and Green Tsunami.

5-STAR REVIEW: HARVESTER OF SORROW by Weldon BurgeFull of action and suspense, Harvester of Sorrow proves to be much more than I initially expected. While it is dark in places, the story features a solid conclusion that effectively ties everything together.