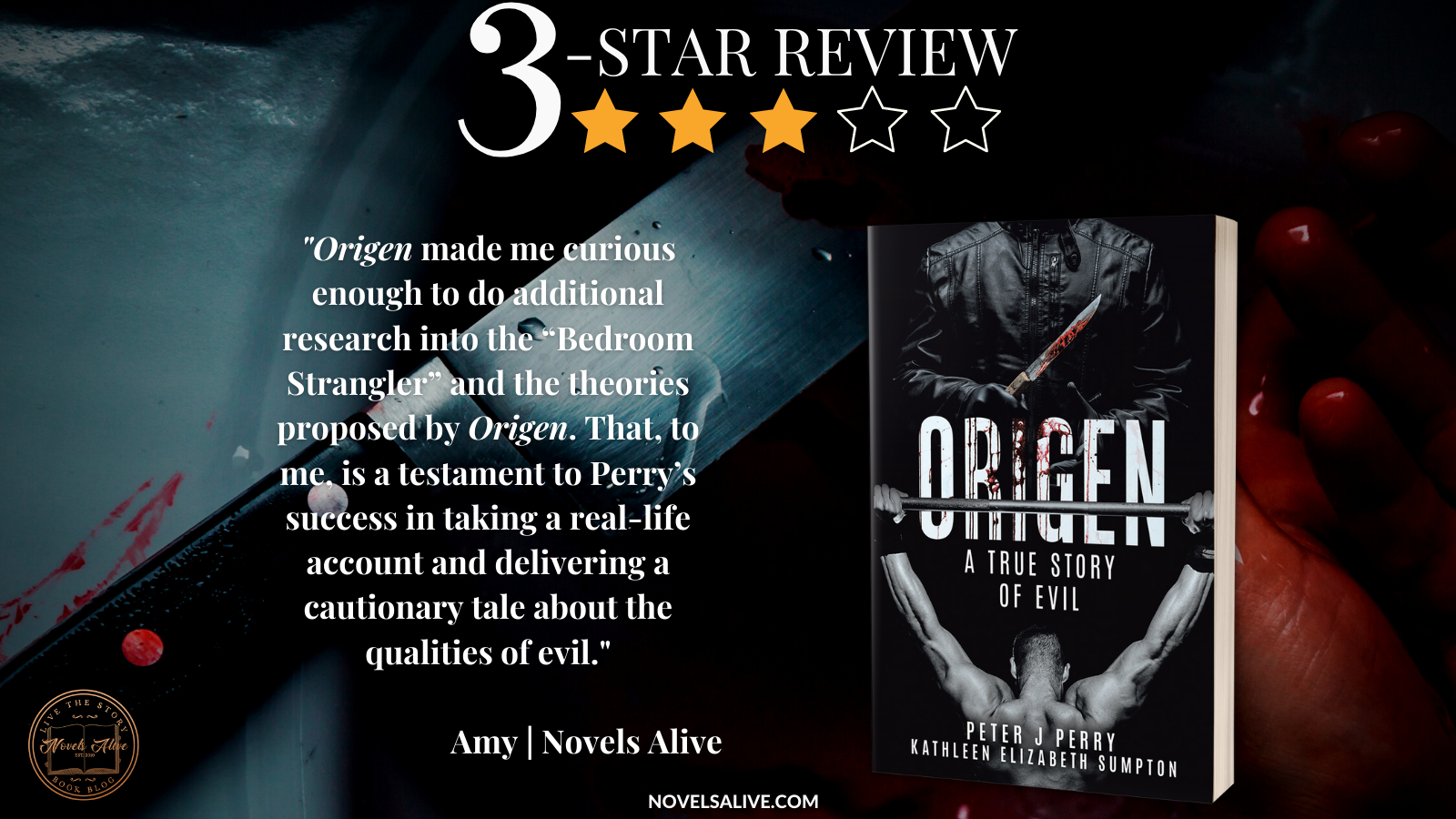 The “Bedroom Strangler,” classified as the worst serial killer in Ontario history and Canada’s most dangerous criminal, wreaked havoc in the 1970s. In Origen, author Peter Perry reflects back when he was a gym manager and actually worked out with the man who later turned out to be the worst kind of predator.

Initially, my thought was that someone had forgotten to use the spell check feature on the title. That theory was soon disproved with a discussion regarding the concept of evil. The title actually comes from a third-century scholar, Origen of Alexandria, who theorized about demons. Did the perpetrator suffer from mental illness and/or partial possession? Perry leaves that up to the reader to decide, but he maintains the “Bedroom Strangler” had traits that are very hard to accept as “human.”

While the story itself was inspired by actual events, the author has changed the names, giving himself the persona of Mike Steele, an international powerlifting champion. Not all of the events depicted in the story actually happened. However, what is clear is that this predator was able to work out, party, and talk with others, not having any indication of his secret life.

From a structural standpoint, the story needs an editor’s touch. Because of the subject matter, it is essential for readers to be able to understand the nuances. Some of this is lost because of a shift from third-person to first-person—especially when there is only one character involved in the scene. A skilled editor can also handle other grammatical challenges, such as conversations with no ending quotation marks or improper word choices.

Origen made me curious enough to do additional research into the “Bedroom Strangler” and the theories proposed by Origen. That, to me, is a testament to Perry’s success in taking a real-life account and delivering a cautionary tale about the qualities of evil.

Origen made me curious enough to do additional research into the “Bedroom Strangler” and the theories proposed by Origen. That, to me, is a testament to Perry’s success in taking a real-life account and delivering a cautionary tale about the qualities of evil.3 STAR REVIEW: ORIGEN by Peter Perry and Kathleen Sumpton