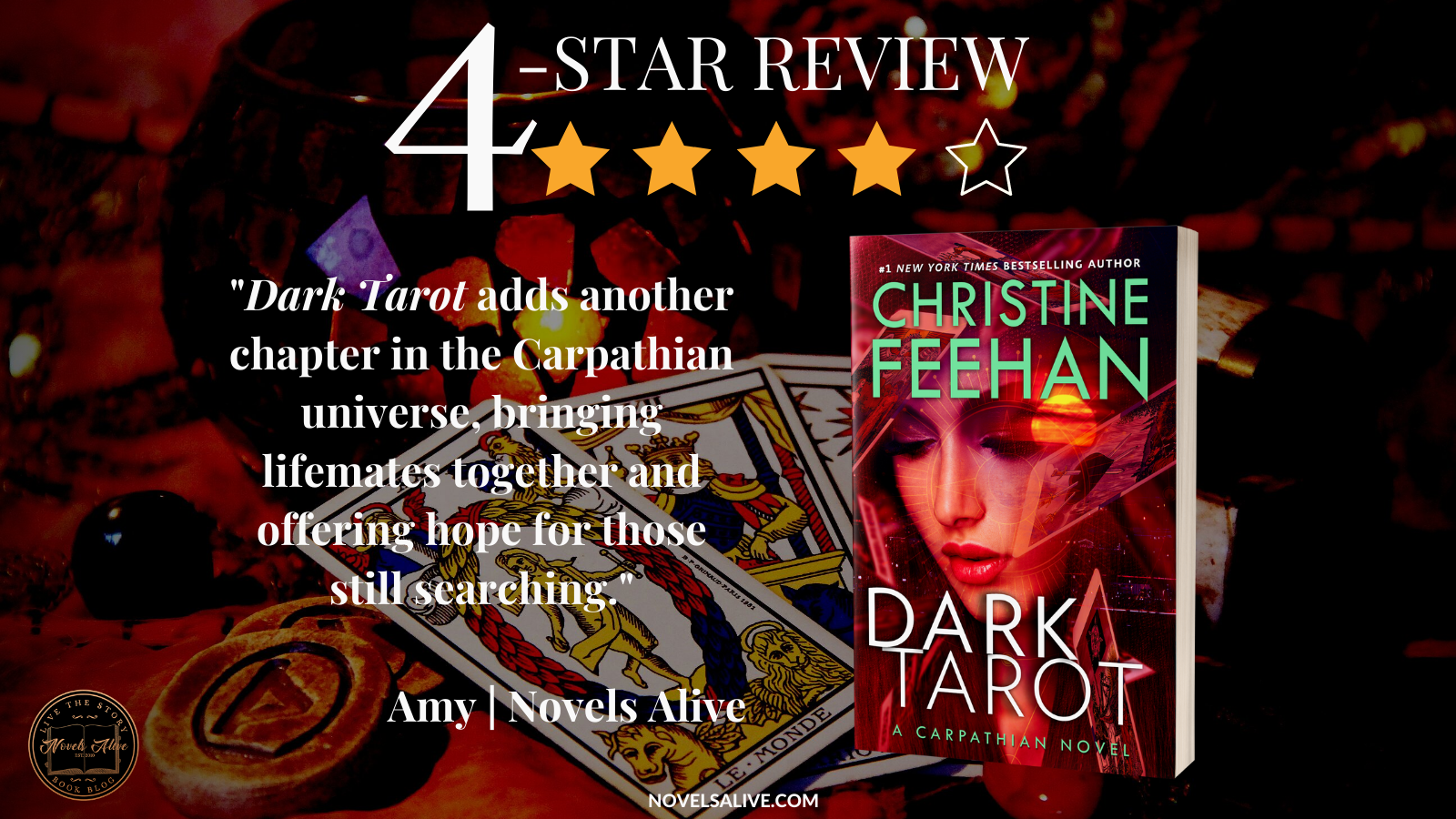 Sandu Berdardi continues to exist only to protect his people. An ancient Carpathian, his entire long life has been dedicated to honor above all else. He knows his time has passed, especially since he has not been able to find his lifemate—the anchor to keep him sane in a world he no longer understands. But just as he truly starts to give up hope, a voice reaches out to him in the night and his world explodes into color.

Adalasia enters Sandu’s mind seamlessly, as if she has been a part of him forever. While she can see the shape of things to come in her deck of cards, her gift is both a blessing and a curse. The true course of Sandu’s quest remains unclear, with danger waiting at every turn. She cannot see everything the future holds, but she does know it is a journey they will take together.

By joining him, she will start them down a dangerous, seductive path from which there is no coming back….

Author Christine Feehan delivers another installment of the thrilling The Dark series, previously known as the Carpathian series, with Dark Tarot. This time, it’s Sandu Bernardi, an ancient Carpathian, who finds his lifemate after searching for centuries.

Adalasia Ravasio has a deep connection to the tarot cards handed down in her family from mother to daughter for a few generations. She and Sandu connect telepathically, and he immediately recognizes that she’s his lifemate. While fleeing from people who wish to harm Adalasia, one of Sandu’s Carpathian brothers detects female blood from Sandu’s bloodline on the cards. Unfortunately, Sandu has no recollection of his childhood.

Sandu and Adalasia embark on a whirlwind trip to visit other ancient Carpathians to see if they can learn more about Sandu’s bloodline and why a prized female would have shed blood on the tarot cards. As with other installments in the series, there’s some resistance from the female lifemate who wants a say in how things go. I enjoyed cameo visits with other Carpathians featured in previous books.

Along with the requisite bad guys, there’s also plenty of candle-melting heat. Carpathians are skilled at mental shenanigans, so a couple can be separated physically and still have sexy time. As someone who has read the majority of the books in the series, I can attest that the Carpathian males are always depicted as the finest male specimens possible. Sandu and his brethren are no exceptions.

Dark Tarot adds another chapter in the Carpathian universe, bringing lifemates together and offering hope for those still searching.

Dark Tarot adds another chapter in the Carpathian universe, bringing lifemates together and offering hope for those still searching.4-STAR REVIEW: DARK TAROT by Christine Feehan