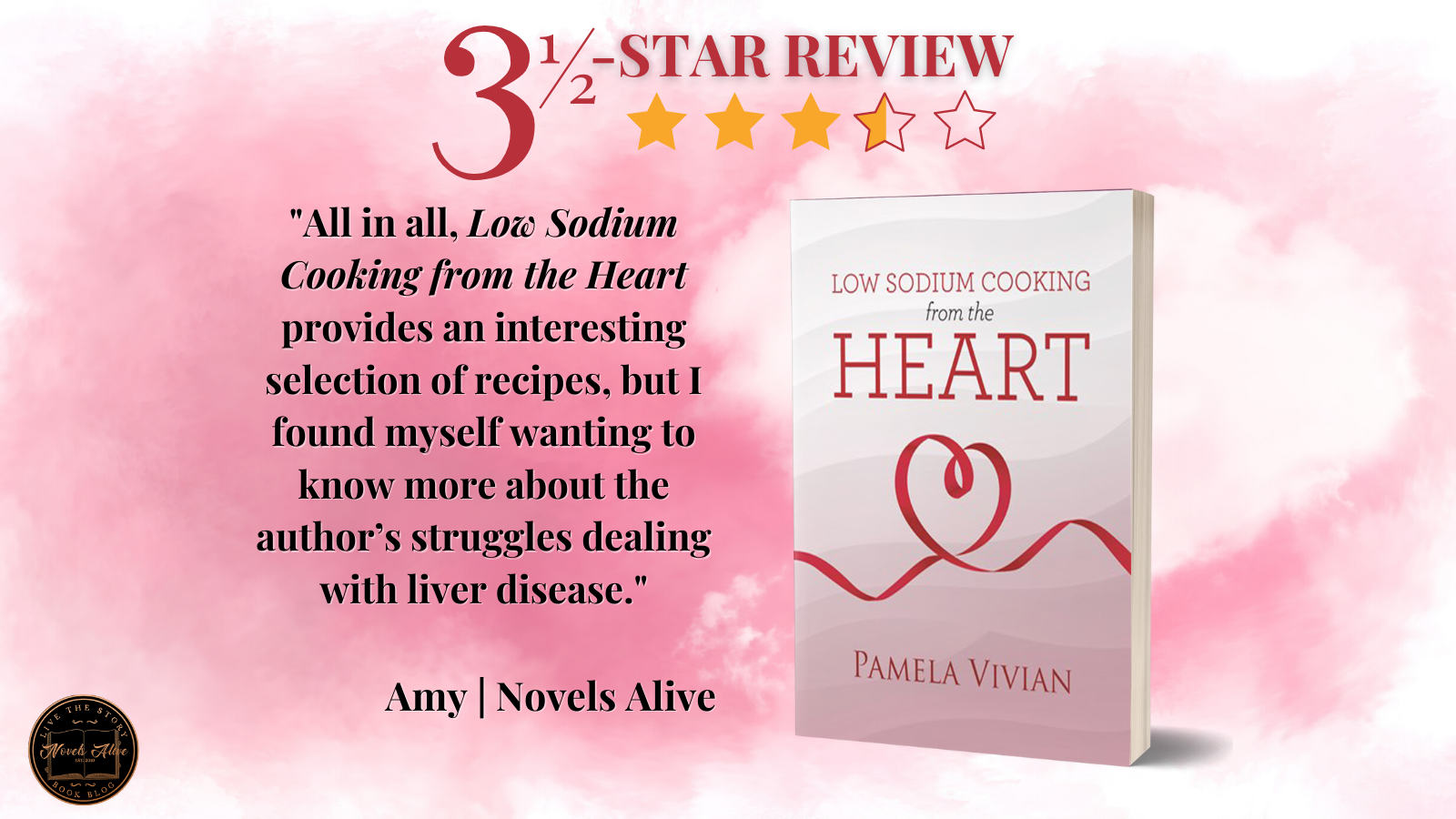 Low sodium cooking including family favourites. I have tried to include interesting little bits of the history of recipes or whose favourite it is. The book contains recipes from basic daily meals to a few gourmet ones.

When Pamela Vivian was diagnosed with liver disease, she had to make changes to her diet. Those modifications led to the development of Low Sodium Cooking from the Heart.

With just under 70 recipes, the cookbook is divided into categories ranging from Vinegars, Dressings, and Sauces to Desserts. The Desserts category has a whopping 17 recipes, demonstrating that the author might have a bit of a sweet tooth. The recipes appear to utilize ingredients that could be found in the average household and require basic cooking knowledge. Based on a fact sheet included in the cookbook from the Canadian Liver Foundation, people living with liver disease should consume less than 2,000 mg of sodium per day.

Since the cookbook is in electronic format rather than print, I found the script font difficult to read. I think the font works really well for the recipe titles but detracts from the readability of the ingredients and instructions. I enjoyed the personalized notes highlighting the significance of a specific recipe, but that doesn’t appear for all of the recipes. I would have appreciated more insight behind the selection of this collection of recipes over the thousands of other possibilities.

Including a box with nutritional facts for each recipe is certainly helpful for people trying to manage various aspects of their diet. However, from an aesthetic viewpoint, there is no consistency in the size of the print within the box. The box is larger with easy-to-read print for some recipes, whereas others are much smaller. While this is probably due to spacing, creating a standard size might be more effective.

Some of the recipes also feature a color photograph of the finished product on a decorative plate along with a floral arrangement of some sort. There is significant value in including a photo; however, the lighting in some of the photos cast a very unappetizing tint. The beef stroganoff, for example, would probably have been better off without the image. I would also skip the picture for a three ingredient egg salad featuring a hard boiled egg, leaf lettuce, and a bit of Thousand Island dressing.

From a content standpoint, the recipes appear to be relatively low in sodium if I were to use the nutrition facts as a gauge. However, I might question the overall nutritional value of some of these recipes. While the sodium level might be low, cholesterol and sugar levels appear relatively high. If I am gulping down 62% of my daily cholesterol intake with the saucy French onion chicken, I may have some trouble later on.

All in all, Low Sodium Cooking from the Heart provides an interesting selection of recipes, but I found myself wanting to know more about the author’s struggles dealing with liver disease. 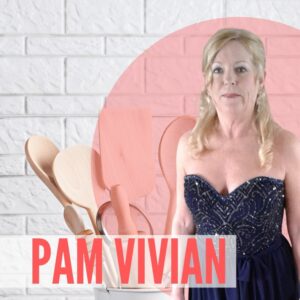 Although I have spent my life working in business management and finance the things I love to do are cook, bake and quilt.