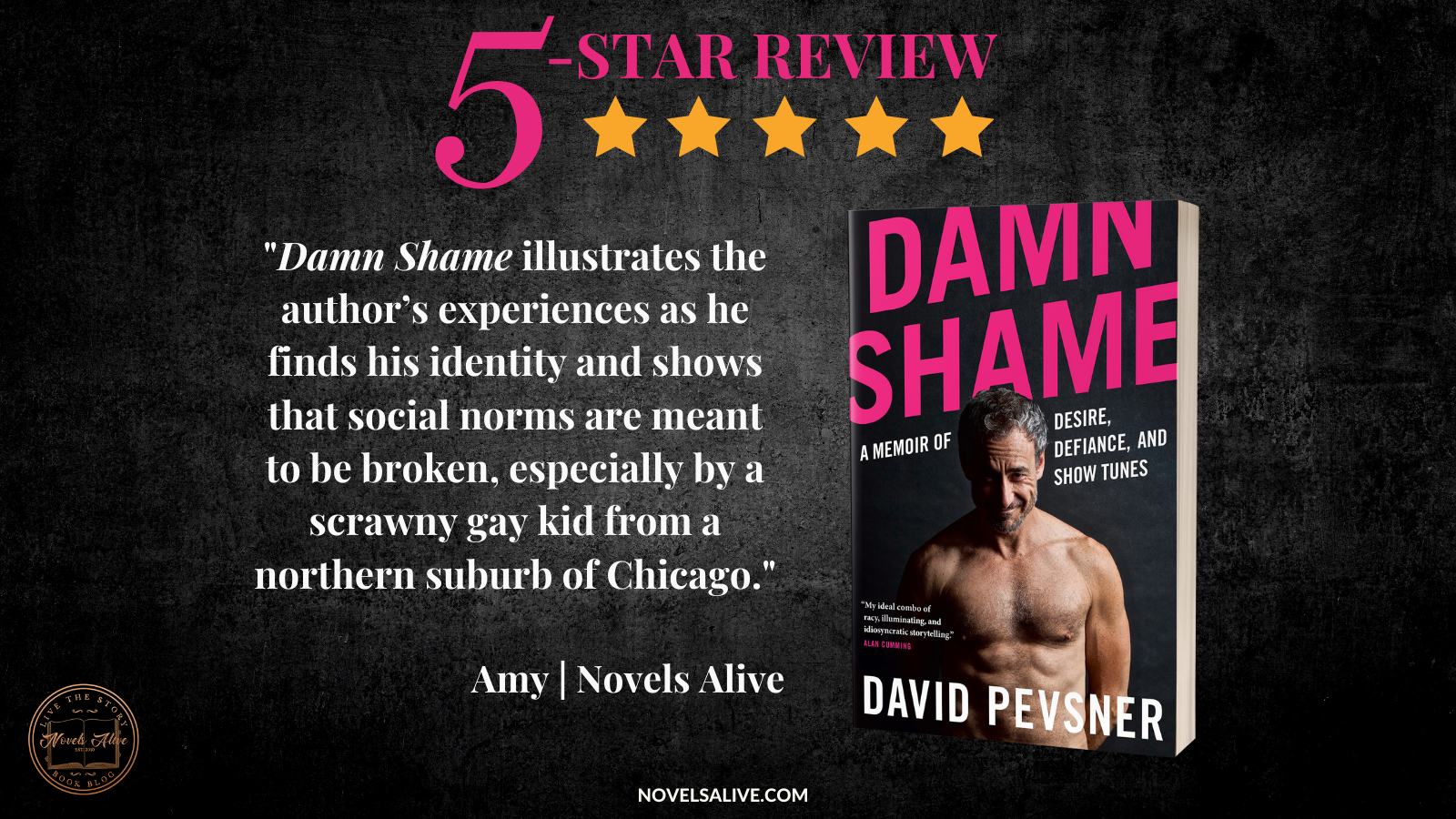 Over the course of his 35-year career in show business, David Pevsner has done it all. He’s acted on Broadway, off-Broadway, in independent films and on numerous TV network shows including Grey’s Anatomy, Modern Family and Criminal Minds.

Damn Shame gives a loud and powerful voice to a generation of mature men who have been conditioned to believe from society (and especially younger members of the gay community) that they are sexually irrelevant, old and undesirable. Pevsner’s life story goes in directions that many couldn’t imagine, but the lessons learned through his experiences will resonate with readers of every age.

It’s not very often that a book can leave me speechless, but David Pevsner managed to do it with his piece de resistance, also known as Damn Shame: A Memoir of Desire, Defiance, and Show Tunes.

Before diving into the print copy, I glanced at the accompanying photo insert out of curiosity. The first set of photos provided a look back into Pevsner’s life with the requisite baby picture and pivotal moments in his career. However, it was the second set of photos that caused my eyebrows to rise. Definitely NSFW, these photos depicted a much different side of the author.

While I may not be able to identify with the challenges of a young gay Jewish boy born in 1958, there’s something raw and gritty about seeing life through Pevsner’s eyes. Growing up as a scrawny teen with society’s strict guidelines about bodies, sex, and homosexuality, the author later evolved and was able to push back against those boundaries in a very public way.

Pevsner’s writing style is conversational as he goes back to his roots and provides readers with an insight into his evolution. The man he is today embraces his identity and has no qualms about sharing it while pursuing a public career in show business. While his memoir might not appeal to conservative readers, it provides an entertaining—and educational—peek behind the curtain.

Damn Shame illustrates the author’s experiences as he finds his identity and shows that social norms are meant to be broken, especially by a scrawny gay kid from a northern suburb of Chicago.

David Pevsner is an LA-based actor and writer, with a little modeling on the side. His film appearances include Scrooge and Marley (as Ebenezer Scrooge), Spa Night, Joshua Tree 1951: A Portrait of James Dean, Role/Play, and Corpus Christi: Playing with Redemption. His guest-starring roles on television include Silicon Valley, NCIS, I’m Dying Up Here, Modern Family, Grey’s Anatomy, Liz and Dick, Law and Order LA, and he starred in the popular web series Old Dogs and New Tricks.

5-STAR REVIEW: DAMN SHAME by David PevsnerDamn Shame illustrates the author’s experiences as he finds his identity and shows that social norms are meant to be broken, especially by a scrawny gay kid from a northern suburb of Chicago.