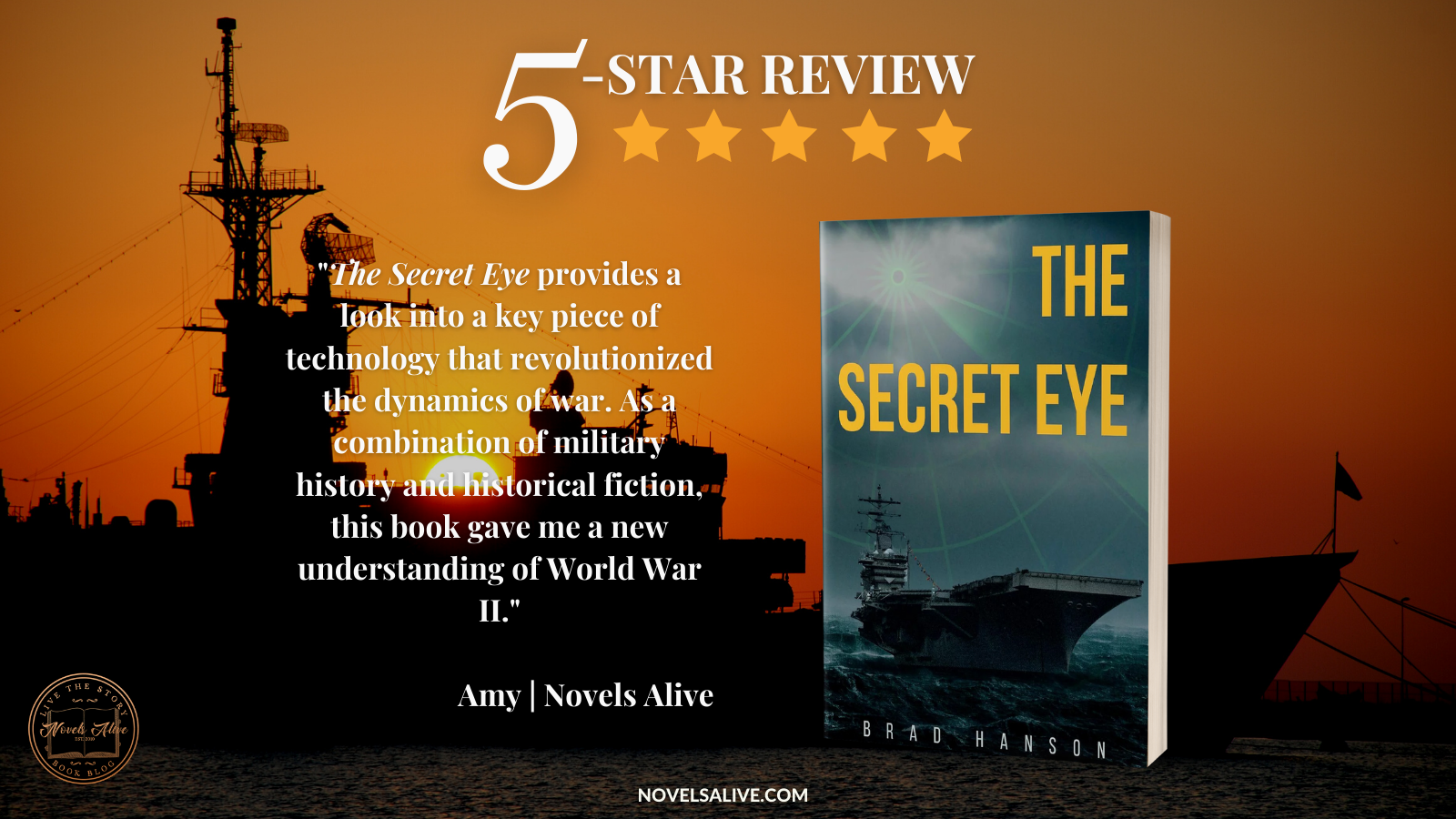 Charlie Brand, barely 17, enters World War II where he protects the fleet from Japanese threats in this new novel about the history of radar in World War II.

Charlie Brand joined the Navy to avenge Japan’s attack on Pearl Harbor and he has the best eyes and ears in the US Pacific Fleet. In Japan, Hadaki Yamatsumi journeys to determine his ancestor’s will for his life. The two men are thrust on a collision course with history where only one man will survive.

In Great Britain, a gift to the United States will change the direction of the war and change the life of Charlie Brand forever. While Charlie struggles through loss, a chance meeting on a train propels him to a new life he never dreamed he could have.

As America prepares her response to the attack on Pearl Harbor, a new secret technology, Radar, will begin to turn the tide of the war. America’s Secret Eye peering over the horizon, detecting and directing attacks before anyone knows they are there. However, a new Japanese weapon, the Kamikaze, will threaten America’s technological advantage.

Does Charlie have the skill to detect these attacks before they can destroy the USS Lexington and the Pacific Fleet? Can America find a way to defeat this new threat, and will the Secret Eye save American lives and finally win the war?

Growing up, I sat through many history classes and read textbook accounts of World War II, especially the bombing of Pearl Harbor. However, I never realized that a new technology—radar—played a significant role in saving American lives. Author Brad Hanson delivers a front-row seat in The Secret Eye, featuring the actions of a young man named Charlie.

In crafting the story, the author provides detailed information about the new technology’s origin and the close partnership between the British and their American counterparts. The storyline alternates to show the different paths between two young men—Charlie Brand in the United States and Hadaki Yamatsumi in Japan—while tracing historical events.

The solid human element conveyed within the pages makes this a memorable story. While historical events unfold, it is clear that this book is not a dry textbook rendition. Instead, it gets top marks for highlighting a role within the Navy that deserves recognition. It was also valuable to see how radar technology works during a battle setting and the preparation required to implement the technology.

Providing a multitude of perspectives from the Oval Office to the battleship enhances the story’s appeal. Even the inclusion of Japanese fighting strategies greatly benefited my understanding of the material. On another note, Charlie finding a girlfriend tugged at my heartstrings because I remember reading accounts of long-distance relationships linked by letters.

The Secret Eye provides a look into a key piece of technology that revolutionized the dynamics of war. As a combination of military history and historical fiction, this book gave me a new understanding of World War II. I love history. I was inspired to write because of the stories I heard about World War II from my stepfather Charlie. He served on the USS Lexington and the USS Yorktown which is where my story takes place. The Secret Eye follows two men from different cultures and continents, choosing to serve their country, hoping to survive. Their destination is the Pacific theater, but who will survive?