It’s autumn when Alec arranges a getaway from them to visit is mother’s birthplace in Bari, Italy—a no-drama vacation to transfer his car company to a rival. But before they can depart New York, murder makes its familiar reappearance.

Accompanied by detective friend Bill Drake, Annalisse and Alec find themselves embroiled in a behind-closed-doors conspiracy that threatens the reputation and legacy of Alec’s late father—linking him to the Mafia. An ancient rosary propels Annalisse down crooked paths to expose the truth as they uncover answers none of them are prepared for. 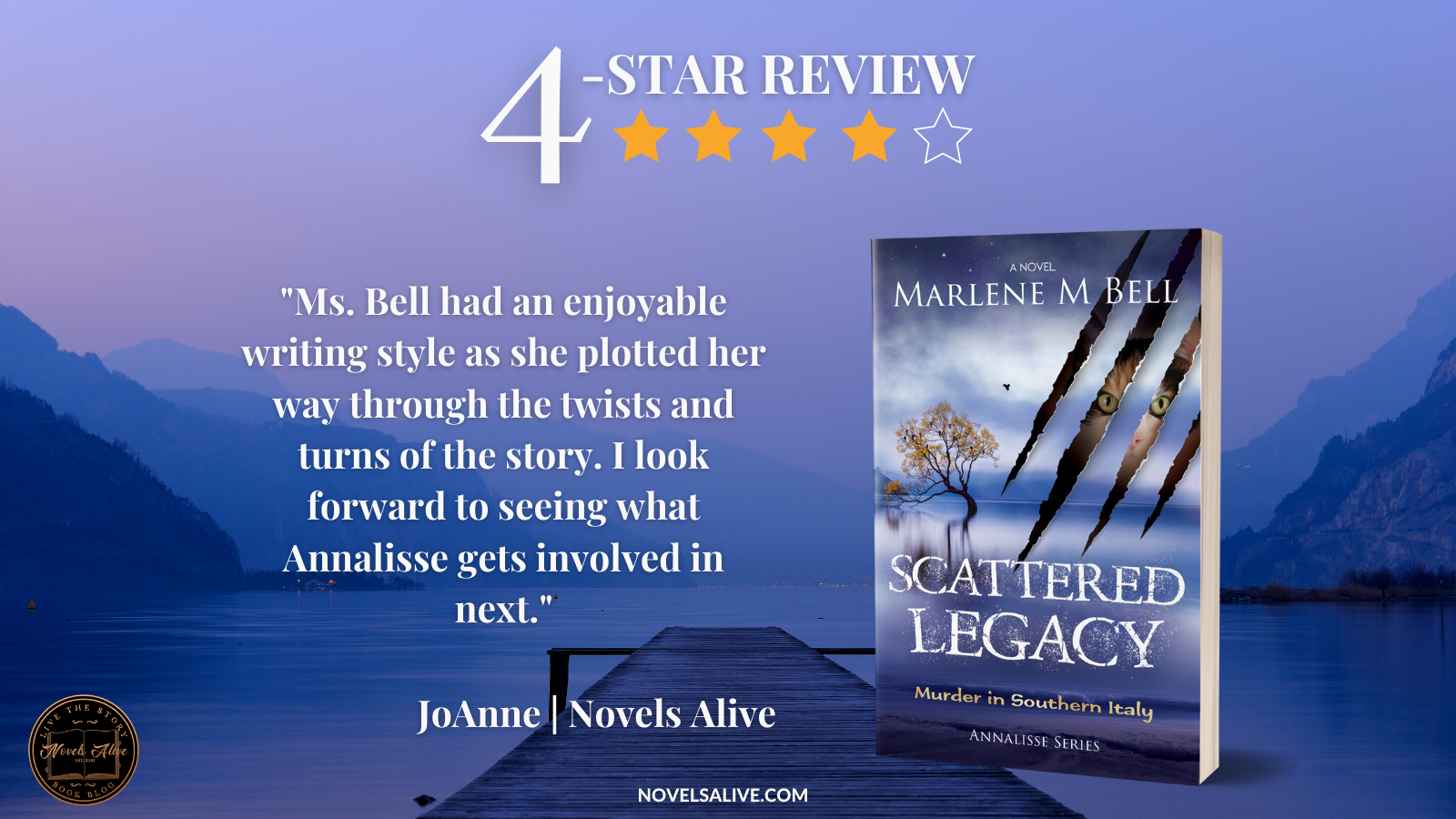 Scattered Legacy: Murder in Southern Italy by Marlene M. Bell is the third book in the Annalisse series, and it’s the only one I’ve read so far. There was enough background given to fill in some of the blanks, so I didn’t feel lost as I read.

Scattered Legacy is Annalisse and Alec’s story and takes us from upstate New York to Italy and back again.

There were many stories told that were woven together nicely, even when some of them were dredged up from the past. There were a few mysteries and crimes to be solved and many secrets, injuries, deaths, beautiful descriptions of places and food, family and friends, the Mafia, along with some romance. There was nice closure and an unexpected bombshell that will hopefully lead us to the next book in the series.

Ms. Bell has an enjoyable writing style as she plotted her way through the twists and turns of the story. I look forward to seeing what Annalisse gets involved in next. 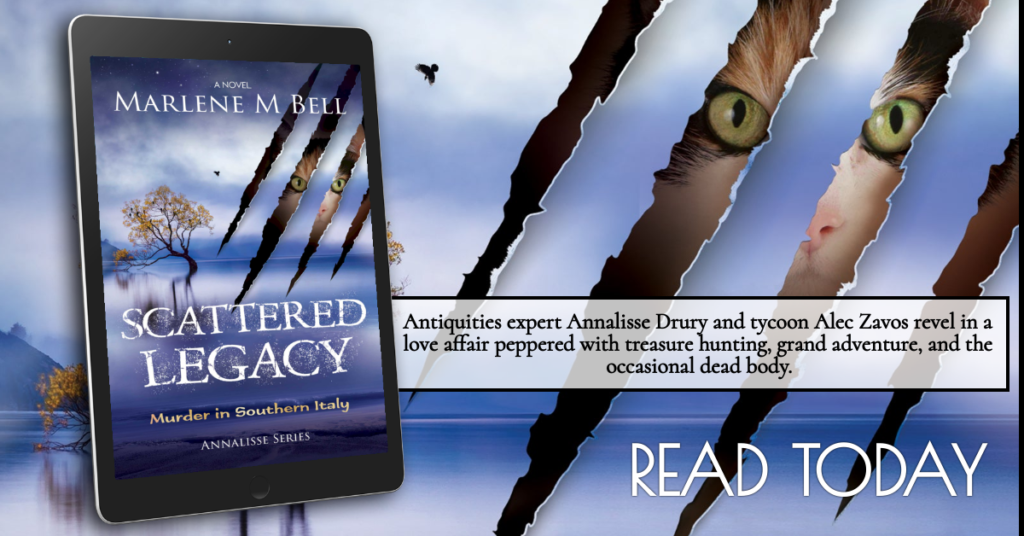 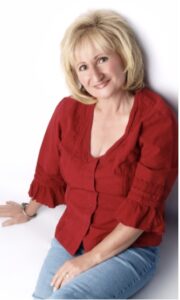 Marlene M. Bell is an award-winning writer and acclaimed artist as well as a photographer. Her sheep landscapes grace the covers of Sheep!, The Shepherd, Ranch & Rural Living, and Sheep Industry News, to name a few.

Marlene and her husband, Gregg, reside in beautiful East Texas on a wooded ranch with their dreadfully spoiled horned Dorset sheep, a large Maremma guard dog named Tia, along with Hollywood, Leo, and Squeaks, the cats that believe they rule the household—and do.

December 10 – Momma and Her Stories – Excerpt

December 13 – So many books – Excerpt

December 15 – On a Reading Bender – Review

December 16 – A Life Through Books – Interview

December 26 – B for book review – Excerpt

January 4 – Momma says to read or not to read – Spotlight