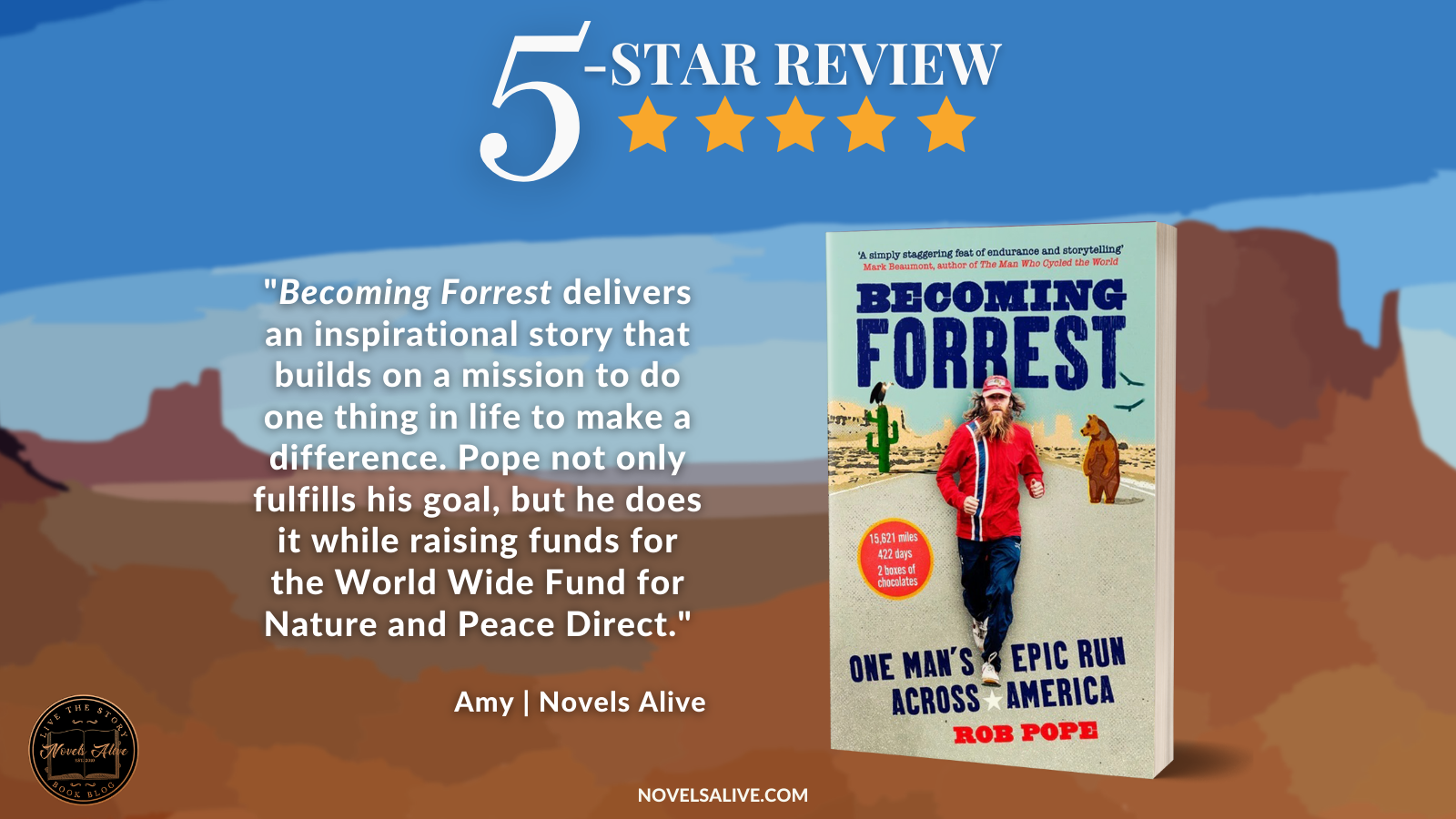 The remarkable true story of an unrivalled journey to recreate the greatest run in film history: 15,621 miles, five-times across the United States.

Becoming Forrest is the incredible story of Englishman Rob Pope, a veterinarian who left his job in pursuit of a dream – to become the first person ever to complete the epic run undertaken by one of Hollywood’s most beloved characters, Forrest Gump. After his momma urged him “to do one thing in life that made a difference”, he flew to Alabama, put on his running shoes, and sped off into the wilderness.

His remarkable journey covered 15,600 miles, the distance from the North to the South Pole and a third of the way back. Over a grueling 18 months, braving injuries, blizzards, forest fires and deadly wildlife, he crossed the United States five times. During one of the most turbulent periods in recent American history, Rob immersed himself in American life. His time on the open road saw him forever changed, trying to make that difference, in the process of Becoming Forrest.

This is a tale of one man who just wanted to make a difference.

When Tom Hanks brought the beloved character Forrest Gump to life on the big screen, the impact was significant. In fact, it inspired Rob Pope to be the first person to replicate the cross country run not once but five times, precisely the same number as Gump. Pope tells his story in Becoming Forrest: One Man’s Epic Run Across America.

The story is shared in a conversational first-person manner, almost like Pope is sitting across the table. He brings a number of interesting characteristics to the story. Pope is a 38-year-old veterinarian from England. He and his wife, Nadine, meticulously planned the expedition that began September 15, 2016, and ended April 29, 2018, and included an RV named Jenny.

Divided into five legs, the journey unfolds in beautiful detail. Each chapter within the five legs records the location, number of days, and miles, in addition to some humorous observations about roadkill. Throughout his experience, the author shares conversations he had with people along the way, in addition to updates regarding his physical well-being.

Pope shares the tough times, too. Sometimes a human body gets worn out. His grit and determination serve as a rallying cry for others wanting to step out of their comfort zones and try something new. I was especially fascinated by a compilation of statistics that Pope shares at the end of the book. Want to know how many pairs of shoes it took to run 15,621 miles? It’s in the book.

Becoming Forrest delivers an inspirational story that builds on a mission to do one thing in life to make a difference. Pope not only fulfills his goal, but he does it while raising funds for the World Wide Fund for Nature and Peace Direct. 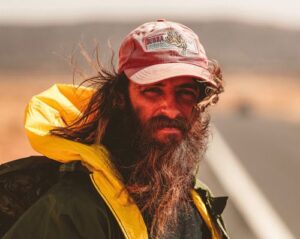 Rob Pope is one of Britain’s best-known ultra-athletes. A veterinarian by trade, from Liverpool, England, his running career kicked off after he emigrated to Australia, where he became the 2015 Australian National Marathon Champion. Now back in the UK, he has since competed at the sharp end in long-distance races around the world, as well as becoming the host of the Red Bull podcast “How to be Superhuman”. He’s raised £50k for the WWF and Peace Direct and holds a Guinness World Record for fastest marathon dressed as a film character.

Becoming Forrest delivers an inspirational story that builds on a mission to do one thing in life to make a difference. Pope not only fulfills his goal, but he does it while raising funds for the World Wide Fund for Nature and Peace Direct.5-STAR REVIEW: BECOMING FORREST By Rob Pope