Previous articleSPOTLIGHT: SOMETHING SHADY AT SUNSHINE HAVEN by Kris Bock Plus Giveaway!
Next article5-STAR REVIEW: MORE THAN YOU’LL EVER KNOW By Katie Gutierrez

Rick Atwood is happy to welcome Henry and Tara Nicholas to his Seaside Cove Bed & Breakfast. Henry owns a bakery and Tara, a bookstore. They seem like a nice couple—until Rick’s daughter Alex overhears Henry talking on his cellphone to his real wife. The situation blows up the following morning when Tara discovers Henry has been lying to her—thanks in part to Alex’s interference. Tara disrupts the entire breakfast service. She then demands Rick evict Henry.

After finding Henry a room at the town’s motel, Rick hopes the drama is over. But when Henry is found dead the following morning, Rick feels partially responsible. He and Chief of Police Adam Cunningham launch an official murder investigation. They quickly find multiple witnesses who saw Tara in Henry’s room at the time of the murder.

Alex, convinced Tara is innocent, launches her own undercover investigation. Her discovery puts her in a deadly showdown with a sociopath on a bluff near the Seaside Cove Lighthouse. What happens on the bluff could make or break the official murder investigation. 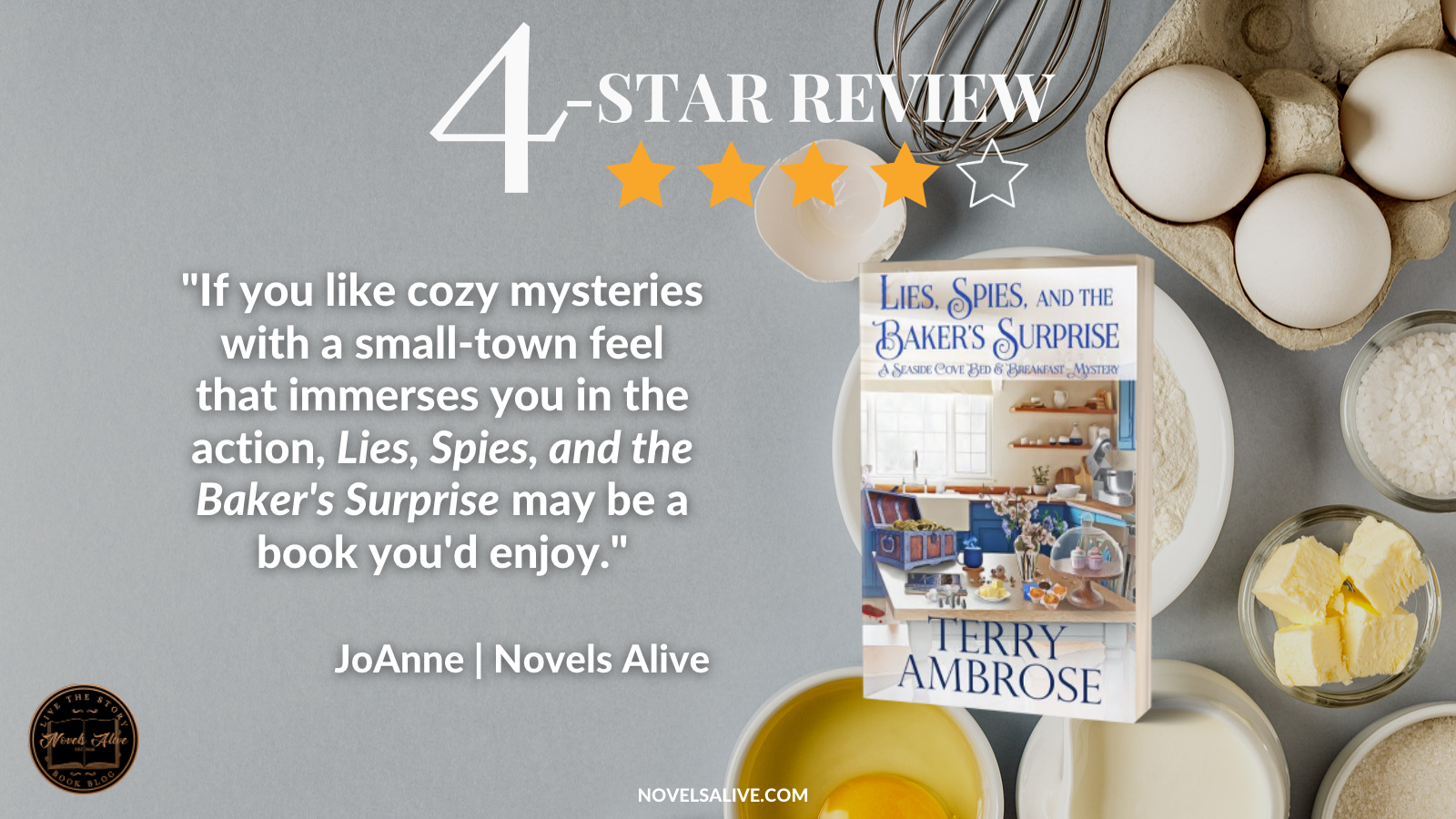 Lies, Spies, and the Baker’s Surprise is the sixth book in the Seaside Cove Bed & Breakfast Mystery series by Terry Ambrose, but it’s the first book I’ve read in the series. I didn’t feel lost since enough background information was given, but it did start off very slowly for me.

It took me a while to get invested in the main characters and even the town. The book is told in alternating chapters by Rick, owner of the B & B, a consultant for the local police, and his precocious ten-year-old daughter, who plays amateur detective and wants to be a journalist just like her dad was in his past life. She gathers clues to help solve the murder and gives her intel to her dad and the police chief. She often finds herself in a heap of trouble. I like the relationship between her and her dad, as well as hers with her soon-to-be stepmom.

As we try to figure out whodunnit, there are a lot of twists and turns and clues collected, although the story was sometimes choppy. There are several supporting characters, many of whom were hard to like. All are not as they seem. There are multiple storylines woven together, with secrets and histories between characters revealed a little at a time.

Mr. Ambrose vividly describes the small town and the businesses geared to tourists, and there is a nice closure with the reveal of whodunnit.

If you like cozy mysteries with a small-town feel that immerses you in the action, Lies, Spies, and the Baker’s Surprise may be a book you’d enjoy. 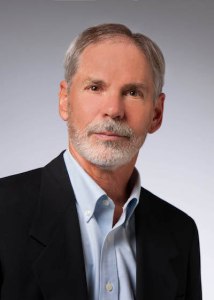 Once upon a time, in a life he’d rather forget, Terry Ambrose, tracked down deadbeats for a living. He also hired big guys with tow trucks to steal cars—but only when negotiations failed. Those years of chasing deadbeats taught him many valuable life lessons such as—always keep your car in the garage.

May 23 – My Reading Journeys – SPOTLIGHT

May 24 – The Mystery Section – SPOTLIGHT

May 31 – Escape With Dollycas Into A Good Book – REVIEW

June 1 – I Read What You Write – AUTHOR INTERVIEW