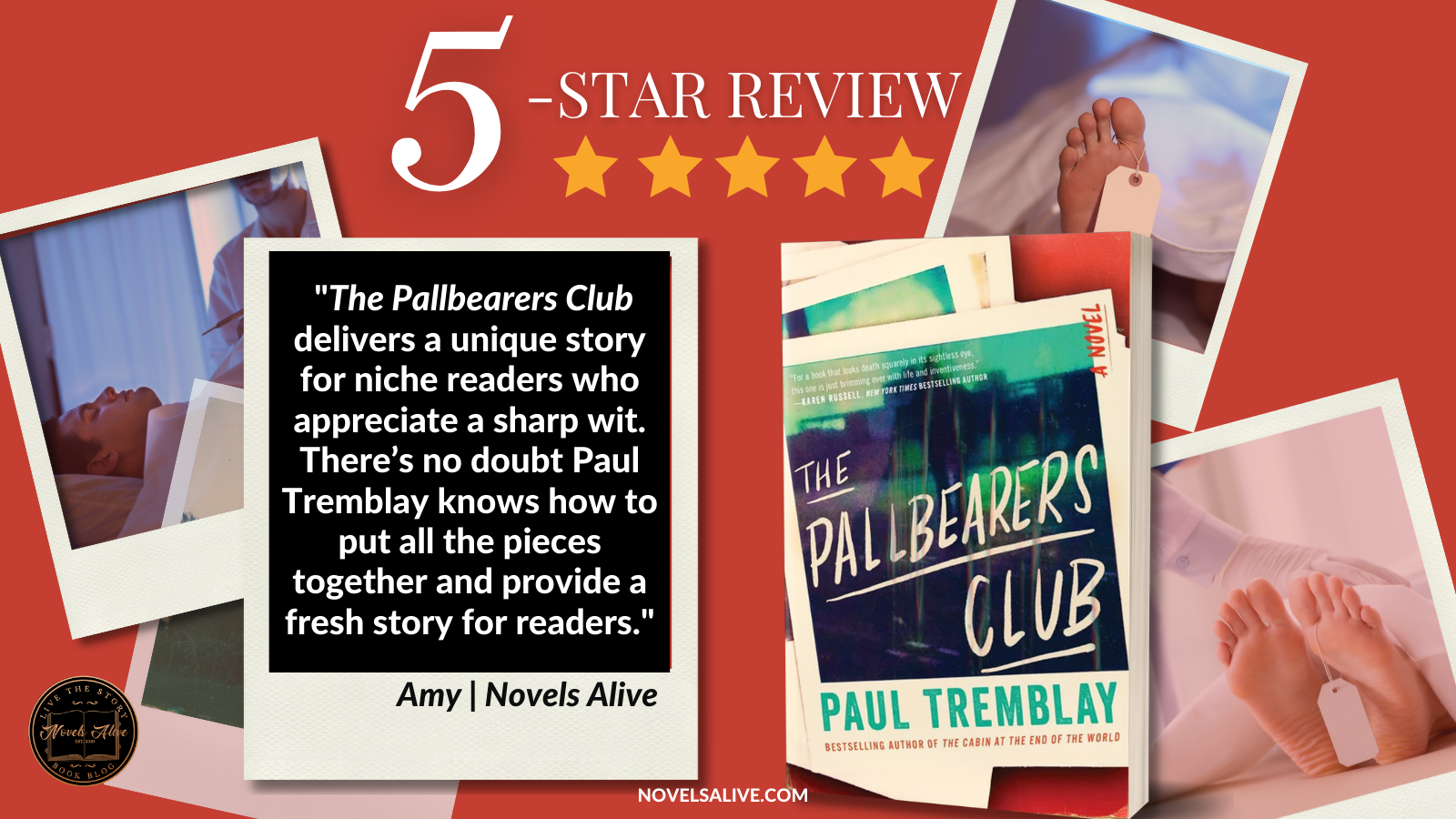 A cleverly voiced psychological thriller about an unforgettable—and unsettling—friendship, with blood-chilling twists, crackling wit, and a thrumming pulse in its veins—from the nationally bestselling author of The Cabin at the End of the World and Survivor Song.

What if the coolest girl you’ve ever met decided to be your friend?

Art Barbara was so not cool. He was a seventeen-year-old high school loner in the late 1980s who listened to hair metal, had to wear a monstrous back-brace at night for his scoliosis, and started an extracurricular club for volunteer pallbearers at poorly attended funerals. But his new friend thought the Pallbearers Club was cool. And she brought along her Polaroid camera to take pictures of the corpses.

Okay, that part was a little weird.

So was her obsessive knowledge of a notorious bit of New England folklore that involved digging up the dead. And there were other strange things – terrifying things – that happened when she was around, usually at night. But she was his friend, so it was okay, right?

Decades later, Art tries to make sense of it all by writing The Pallbearers Club: A Memoir. But somehow this friend got her hands on the manuscript and, well, she has some issues with it. And now she’s making cuts.

Seamlessly blurring the lines between fiction and memory, the supernatural and the mundane, The Pallbearers Club is an immersive, suspenseful portrait of an unusual and disconcerting relationship.

Art Barbara needs something to make his college applications stand out, so he hatches a plan to create the Pallbearers Club, which involves serving as attendees or pallbearers in funerals where there aren’t any. Nineteen years later, he’s writing his memoir, and someone from the past gets a copy and starts making changes.

Author Paul Tremblay delivers a true literary masterpiece with The Pallbearers Club. Not only is the concept fresh, but the execution is quite unique. To set the stage, readers see what appears to be Art Barbara’s manuscript, and there are red marks and notes littered throughout. This approach greatly enhances the story’s appeal by making readers want to know more about what is going on behind the scenes.

However, this story may not appeal to casual readers looking for a quick beach read. The language is well above the average reading level, which means this is a book that requires some thought. Billed as a psychological thriller, the story has a taste of the paranormal. One of the members of the club has a tendency to take pictures of the corpses and spout folklore.

The progression of time displayed in the story, with flashbacks from past and present, serves as a way for readers to achieve balance in preparation for the future. The ending adds an unexpected twist courtesy of the mysterious red marks.

The Pallbearers Club delivers a unique story for niche readers who appreciate a sharp wit. There’s no doubt Paul Tremblay knows how to put all the pieces together and provide a fresh story for readers. 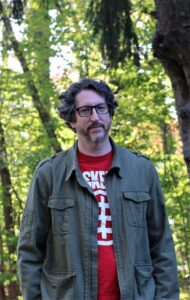 Paul Tremblay has won the Bram Stoker, British Fantasy, and Massachusetts Book awards and is the author of The Pallbearers Club (coming 2022), Survivor Song, Growing Things, The Cabin at the End of the World , Disappearance at Devil’s Rock, A Head Full of Ghosts, and the crime novels The Little Sleep and No Sleep Till Wonderland. His essays and short fiction have appeared in the New York Times, Los Angeles Times, Entertainment Weekly online, and numerous year’s-best anthologies. He has a master’s degree in mathematics and lives outside Boston with his family. He is represented by Stephen Barbara, InkWell Management.

The Pallbearers Club delivers a unique story for niche readers who appreciate a sharp wit. There’s no doubt Paul Tremblay knows how to put all the pieces together and provide a fresh story for readers.5-STAR REVIEW: THE PALLBEARERS CLUB by Paul Tremblay