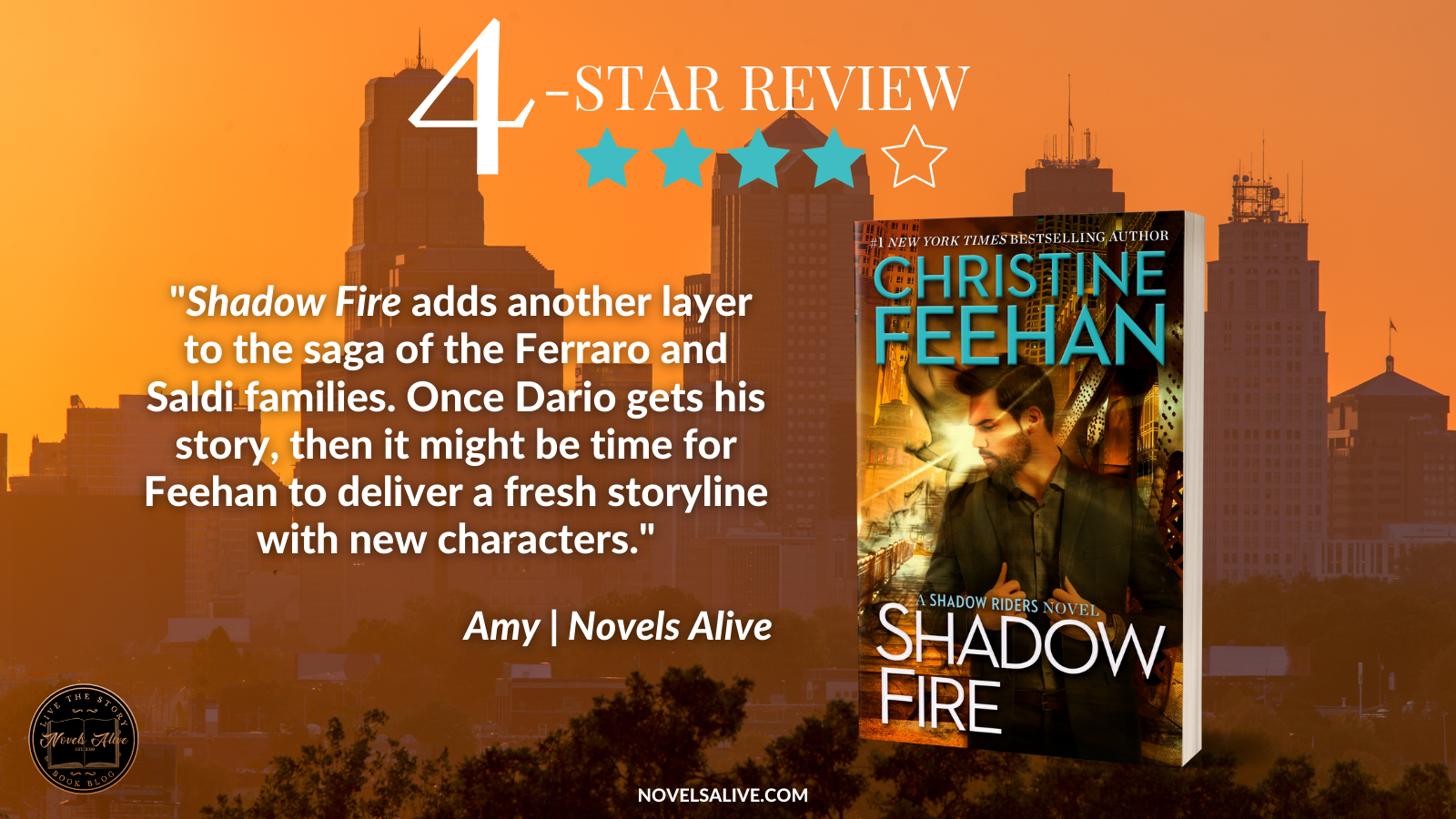 Journey deeper into the world of Chicago’s most dangerous, alluring crime family in this incendiary installment of the Shadow Riders series from #1 New York Times bestselling author Christine Feehan.

Shadow Rider Elie Archambault has been called many things: domineering, brash, loyal, but most of all fast. And there’s nothing faster than choosing to marry a woman you’ve never met. All he has is a signed contract and a list of his new bride’s expectations for their arranged marriage. He’s not expecting love or some happy ever after, just a partner that knows exactly what she signed up for. He’ll be faithful because he’s a man of honor, but she’ll never have his heart….

Elie knows who he is. A privileged member of the Archambault family. A skilled rider and fighter. A man who’s always had things easy for all the wrong reasons. He’s made his mistakes and lost his chance at real, true passion with his other half thanks to his own careless arrogance. Now he just wants to do his duty as a Shadow Rider and leave the past behind.

But Elie has no idea that his choice is about to spark a blaze that will burn all his carefully laid plans to the ground….

As a fan of author Christine Feehan, one of the things that stands out about her work is the ability to create a storyline yielding multiple books. That is certainly true of the Shadow Riders Novels featuring people capable of manipulating light and dark. With Shadow Fire, Feehan shines the spotlight on Elie Archambault.

Part of the draw lies in having characters appear throughout the series. As a character, Elie is demanding and clearly dominant; he manages to successfully hide a sense of vulnerability tracing back to his childhood. When he agrees to an arranged marriage (without knowing his bride’s name or her appearance), things get rather interesting.

When you take a strong woman and place her in that role, sparks are guaranteed to fly. And when that certain someone happens to be very independent, that is enough to send Elie into immediate protector mode. If you add a bit of history between two people who, though they were marrying a stranger, then it becomes explosive.

The two battle it out to try as they try to fight a clear attraction. Meanwhile, danger always seems to be lurking. It is important to note that the author has turned up the heat with graphic sexy scenes. Because Elie enjoys some kink in the bedroom, readers should be prepared for explicit details.

Because I have jumped around and only read two from this series, it immediately became apparent that this is a series requiring the reader to follow the sequence. Until I got through the first two chapters, I felt disoriented because of all of the characters interacting.

Shadow Fire adds another layer to the saga of the Ferraro and Saldi families. Once Dario gets his story, then it might be time for Feehan to deliver a fresh storyline with new characters.

4-STAR REVIEW: SHADOW FIRE by Christine FeehanShadow Fire adds another layer to the saga of the Ferraro and Saldi families. Once Dario gets his story, then it might be time for Feehan to deliver a fresh storyline with new characters.