Enter the world of the most notorious gambling den in London, where matches are made… unusually. Welcome to the world of THE LYON’S DEN: The Black Widow of Whitehall Connected World, where the underground of Regency London thrives… and loves.

What’s a young lady to do when a powerful lord tries to abscond with her and make her his mistress?

When you’re Miss Honoria Quinn, you leap from his carriage and run like the wind to find some place to hide. Trouble is, Honoria mistakenly chooses The Lyon’s Den, a disreputable gambling house as her sanctuary, a move that ends up with her having to make another choice at the hands of the Den’s match-making proprietor Mrs. Dove-Lyons: wed a complete stranger or become the lord’s mistress.

Thomas, Lord Braeton agrees to attend a wager at The Lyon’s Den only to keep his brother-in-law out of trouble. What he doesn’t count on is becoming embroiled in one of Mrs. Dove-Lyons’s schemes to marry him off. But when he tries to come to the aid of another peer, Thomas finds the only honorable thing he can do to save Miss Quinn’s reputation is put aside his hopes for a love match for himself and instead offer to marry her.

As Thomas and Honoria set out on a wary journey to matrimony, can they learn to live together and hope love will grow between them? Or are they doomed to a loveless marriage of convenience from which one or both will want to escape? 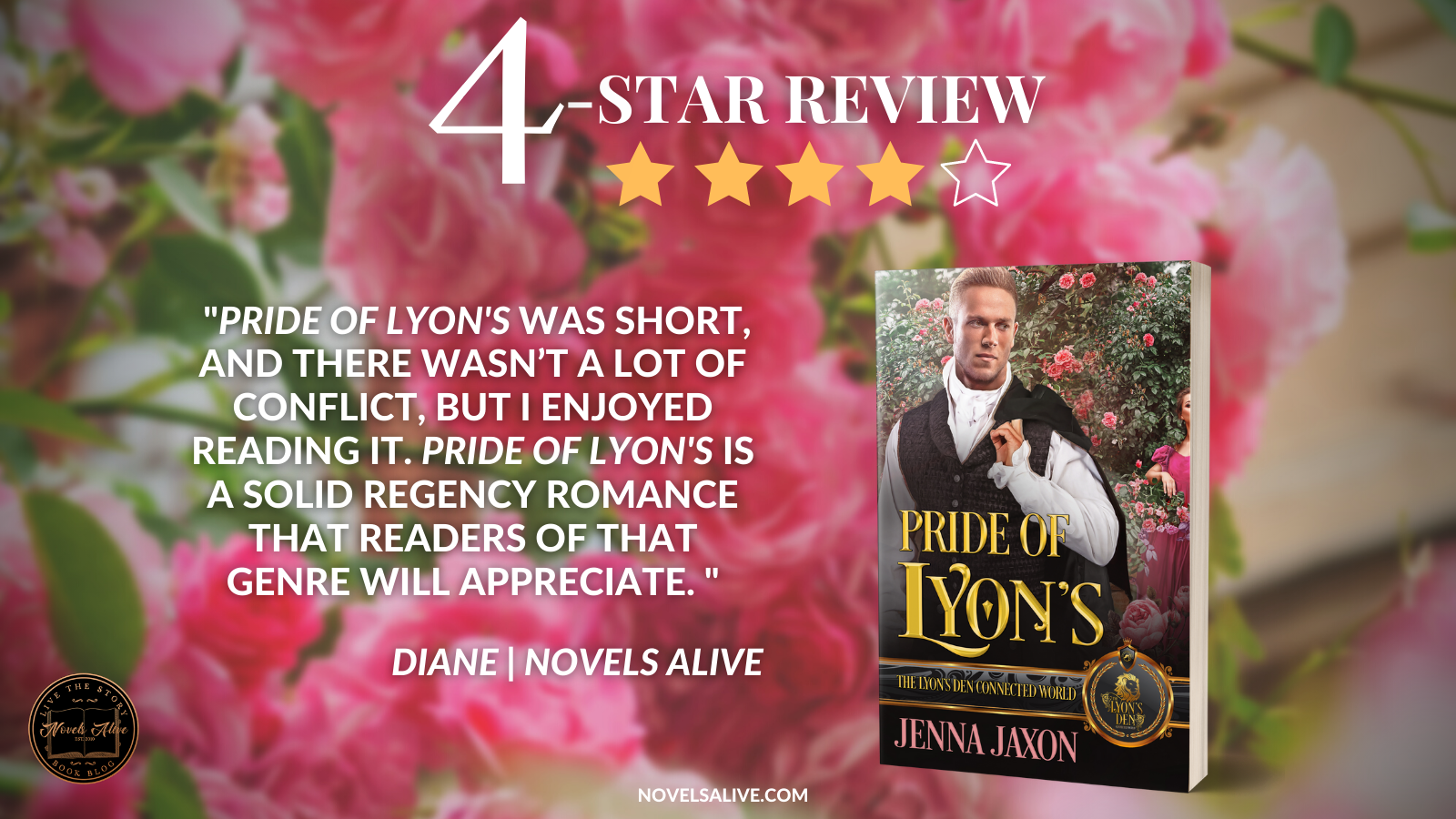 Pride of Lyon’s by Jenna Jaxon is part of the large, multi-author series, The Lyon’s Den. The books are connected by one character—the mysterious matchmaker, Mrs. Dove-Lyon.

Pride of Lyon’s involves Miss Honoria Quinn, the daughter of a vicar and companion to an elderly lady. Unfortunately, she attracts the unwanted attentions of the lord of the house.

While escaping from her captor, she encounters Mrs. Dove-Lyon, who cleverly appeals to Lord Braeton (and his sense of honor) to help Honoria.

Reluctant at first, Thomas, Lord Braeton, proposes marriage to save her from scandal. So begins a marriage of convenience. But is her obsessed captor ready to give her up?

I liked the interplay between Honoria and Thomas. In spite of his early reluctance, Thomas gives the marriage his best efforts. He respects Honoria’s innocence, and she, in turn, comes to love her new husband.

Pride of Lyon’s was short, and there wasn’t a lot of conflict, but I enjoyed reading it. Pride of Lyon’s is a solid Regency romance that readers of that genre will appreciate. 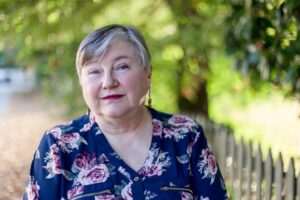 Jenna Jaxon is a best-selling author of historical romance, writing in a variety of time periods because she believes that passion is timeless. She has been reading and writing historical romance since she was a teenager. A romantic herself, Jenna has always loved a dark side to the genre, a twist, suspense, a surprise. She tries to incorporate all of these elements into her own stories.

She lives in Virginia with her family and a small menagerie of pets—including two vocal cats, one almost silent cat, two curious bunnies, and a Shar-pei mix named Frenchie.

4-STAR REVIEW: PRIDE OF LYON'S by Jenna JaxonPride of Lyon's was short, and there wasn’t a lot of conflict, but I enjoyed reading it. Pride of Lyon's is a solid Regency romance that readers of that genre will appreciate.