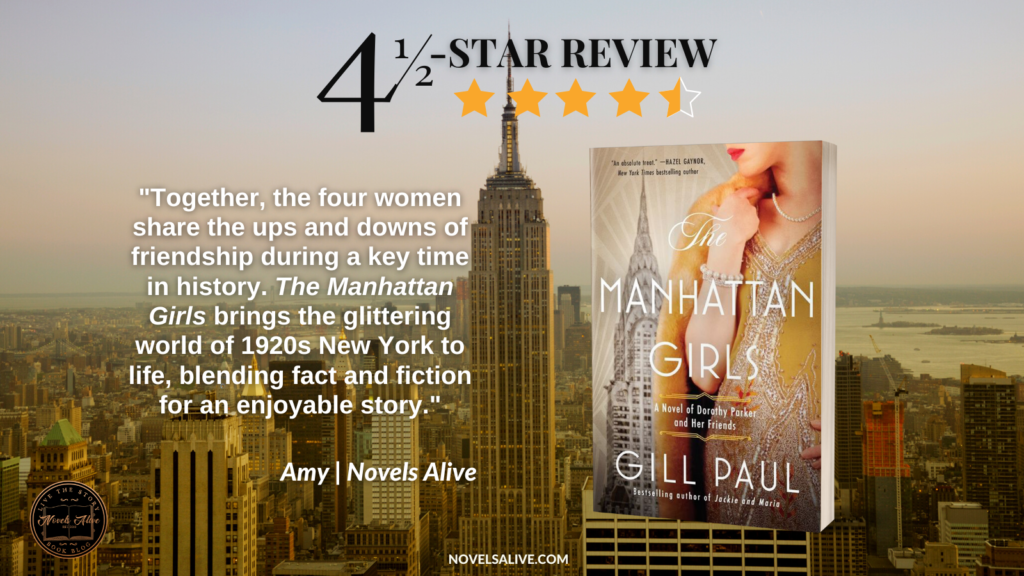 NEW YORK CITY 1921: The war is over, fashions are daring, and bootleg liquor is abundant. Here four extraordinary women form a bridge group that grows into a firm friendship.

Dorothy Parker: renowned wit, member of the Algonquin Round Table, and more fragile than she seems. Jane Grant: first female reporter for the New York Times, and determined to launch a new magazine she calls The New Yorker. Winifred Lenihan: beautiful and talented Broadway actress, a casting-couch target. And Peggy Leach: magazine assistant by day, brilliant novelist by night.

Their romances flourish and falter while their goals sometimes seem impossible to reach and their friendship deepens against the backdrop of turbulent New York City, where new speakeasies open and close, jazz music flows through the air, and bathtub gin fills their glasses.

They gossip, they comfort each other, and they offer support through the setbacks.  But their biggest challenge is keeping their dear friend Dottie safe from herself.

In this brilliant new novel from the bestselling and acclaimed author of Jackie and Maria and The Secret Wife, readers will fall right into Jazz Age New York and into the inner lives of these groundbreaking, influential women.

Four women come together to form a bridge club in response to being told they are not welcome at the men’s Saturday night poker club. Author Gill Paul tells the story of these women banding together during Prohibition in New York City in The Manhattan Girls.

Told in alternating viewpoints, each chapter highlights a different woman’s perspective. As a reporter, Jane Grant is trying to make her way in a male-dominated newsroom. The description of how she dictated her story to a wet-behind-the-ears copy-taker was intriguing, especially since the young man seemed to have no understanding of women’s rights, the topic of Grant’s story.

Dorothy Parker, once known as Vanity Fair’s theater critic, is trying to find her footing as a freelance writer. Faced with a separation from her husband, she’s ripe for a dalliance. She serves as the main character, full of emotion.

Winifred Lenihan’s passion is a career on Broadway. She is motivated to be successful in spite of roadblocks along the way. Thanks to the new friendships with the group, she’s able to navigate an encounter with gangsters.

Together, the four women share the ups and downs of friendship during a key time in history. The Manhattan Girls brings the glittering world of 1920s New York to life, blending fact and fiction for an enjoyable story. 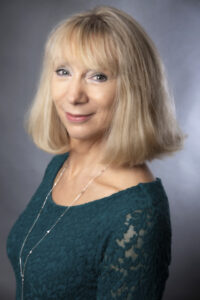 Gill Paul is the bestselling author of eleven historical novels, many of them describing real women she thinks have been marginalized or misjudged by historians. They include THE MANHATTAN GIRLS, THE COLLECTOR’S DAUGHTER, JACKIE AND MARIA (titled THE SECOND MARRIAGE in the UK), two bestselling novels about the Romanovs – THE SECRET WIFE and THE LOST DAUGHTER – as well as WOMEN AND CHILDREN FIRST, which was shortlisted for the 2013 RNA Epic Novel of the Year award, NO PLACE FOR A LADY, shortlisted for a Love Stories award, and ANOTHER WOMAN’S HUSBAND, about links you might not have suspected between Wallis Simpson and Princess Diana. Gill also writes historical non-fiction, including A HISTORY OF MEDICINE IN 50 OBJECTS, and she speaks at libraries and literary festivals on subjects ranging from the Titanic to the Romanovs. Gill lives in London, where she is working on her twelfth novel, and she swims daily in an outdoor pond.