1939, Canada unprepared but defiant, declares war on Germany and mass produces a mid-size warship, the Corvette. Thus starts the creation and journey of Canada’s first Corvette, the HMCS Collingwood. Neither designed nor equipped for the North Atlantic, Collingwood is tasked to protect convoys and take on the predatory Sea Wolves lurking below the waves.

Heart breaking wartime romance as Ian and Kate struggle with love in difficult times. Our hero Ian, takes command of the Collingwood. He is ready to fight with any weapon he is given having witnessed Nazi atrocities and now driven by hatred. Kate is the daughter of the Collingwood shipyards owner, a brilliant woman with a strong desire to make something of herself. She is ready to fight for her country, but first she must fight for success in a male dominated world.

Action packed historical fiction based on true events of WWII and the Battle of the Atlantic. Murderous Wolf Packs, German Commandos, a nail-biting secret mission, spies and saboteurs. Side Launch takes the reader through a roller coaster of emotion.

If you are a fan of history and love to learn, this Canadian historical fiction is for you. 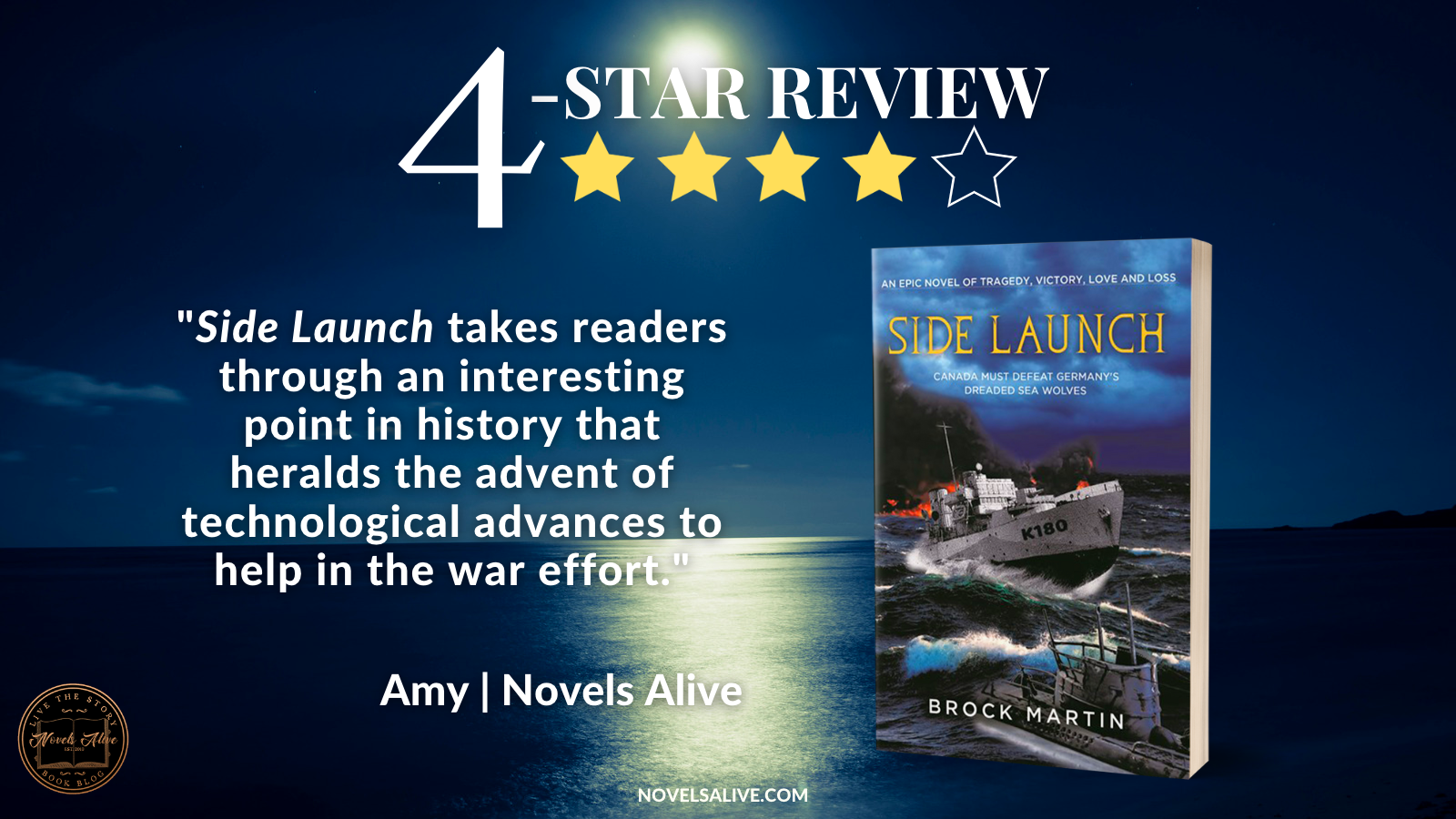 When it came to fighting the Germans in World War II, Canada stepped up to play a role, especially through naval efforts. Author Brock Martin uses that as a foundation for Side Launch.

The focal point centers around the Canadian effort to build coastal warships known as corvettes. The first one to launch is the HMCS Collingwood, named after the community that built it. Captained by Ian Thompson, the ship’s purpose is to serve as part of a protection detail for supply ships across the Atlantic, putting it as a line of defense against the German U-boats.

From a technological aspect, Thompson and his crew soon realize how woefully under-equipped the ship is. The National Research Council pledges to make naval technology a priority. Meanwhile, Thompson’s love interest, Kate Andrews, is one of the few women at the NRC. An electrical engineer, she is fighting for her place in a male-dominated field.

As historical fiction with a dose of romance, the storyline has a tendency to jump around a bit, causing an interruption in the flow. The characters are well-developed, providing a good balance with the flow of action.

Side Launch takes readers through an interesting point in history that heralds the advent of technological advances to help in the war effort. 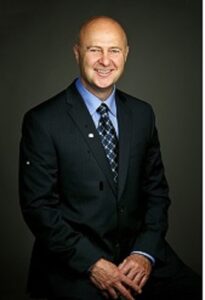 Brock Martin, a retired captain, served ten years as a Canadian Forces Search & Rescue pilot before his current role. The Canadian Forces gave him the opportunity to travel many areas of Canada and gain an immense appreciation of his country. He has been involved in operations across Canada, including the high arctic.

His free-spirited upbringing in the wilds of Northern Ontario gave him a love of the outdoors and adventure.

Brock is fascinated with historical fiction. He loves to learn of past thrilling adventure through the eyes of fictional characters. He was captivated when he learned the very ships that fought in the Battle of the Atlantic were built in Collingwood.

The Battle of the Atlantic was a massive achievement of Canadian perseverance, dedication and sacrifice of its men and women. Brock wrote this fast-paced, action packed story to honor Canadian heroism.

Side Launch takes readers through an interesting point in history that heralds the advent of technological advances to help in the war effort.4-STAR REVIEW: SIDE LAUNCH by Brock Martin