The hotel was her refuge, but scandal is afoot—and a killer stalks the halls in this charming series debut perfect for fans of Rhys Bowen and Ashley Weaver.

It’s 1958 and Evelyn Elizabeth Grace Murphy has not left the Pinnacle Hotel in fourteen months. She suffers from agoraphobia, and what’s more, it’s her father’s hotel, and everything she needs is there. Evelyn’s always been good at finding things, she discovered her mother dead in a Manhattan alleyway fifteen years earlier. Now she’s finding trouble inside her sanctuary. At a party for artist Billie Bell, his newest work is stolen, and Evelyn’s fake boyfriend (and real best friend), movie star Henry Fox, is accused of the theft. But just as Evelyn sets out to prove Henry’s innocence, she finds Billie Bell dead.

The murder weapon links the crime to the hotel’s chief of security. But why would he use a knife with his initials on the handle? With her beloved home in disarray, Evelyn joins up with hotel employee (and her secret crush) Mac Cooper to get to the bottom of the case.

As Mac picks locks and Evelyn snoops around the hotel, they discover the walls around them contain more secrets than they previously knew. Now, Evelyn must force herself to leave the hotel to follow the clues—but when she and Mac set off to chase a lead, their car crashes and they barely escape with their lives. Someone snipped Evelyn’s brake lines, and now the stakes have become dangerously high.

Evelyn’s knack for sleuthing—and her playful imagination—are always hard at work, and she throws an elaborate party at the hotel where every guest is a suspect. But will the killer emerge from the glamorous lineup? If not, Evelyn just might find herself…next in line for murder. 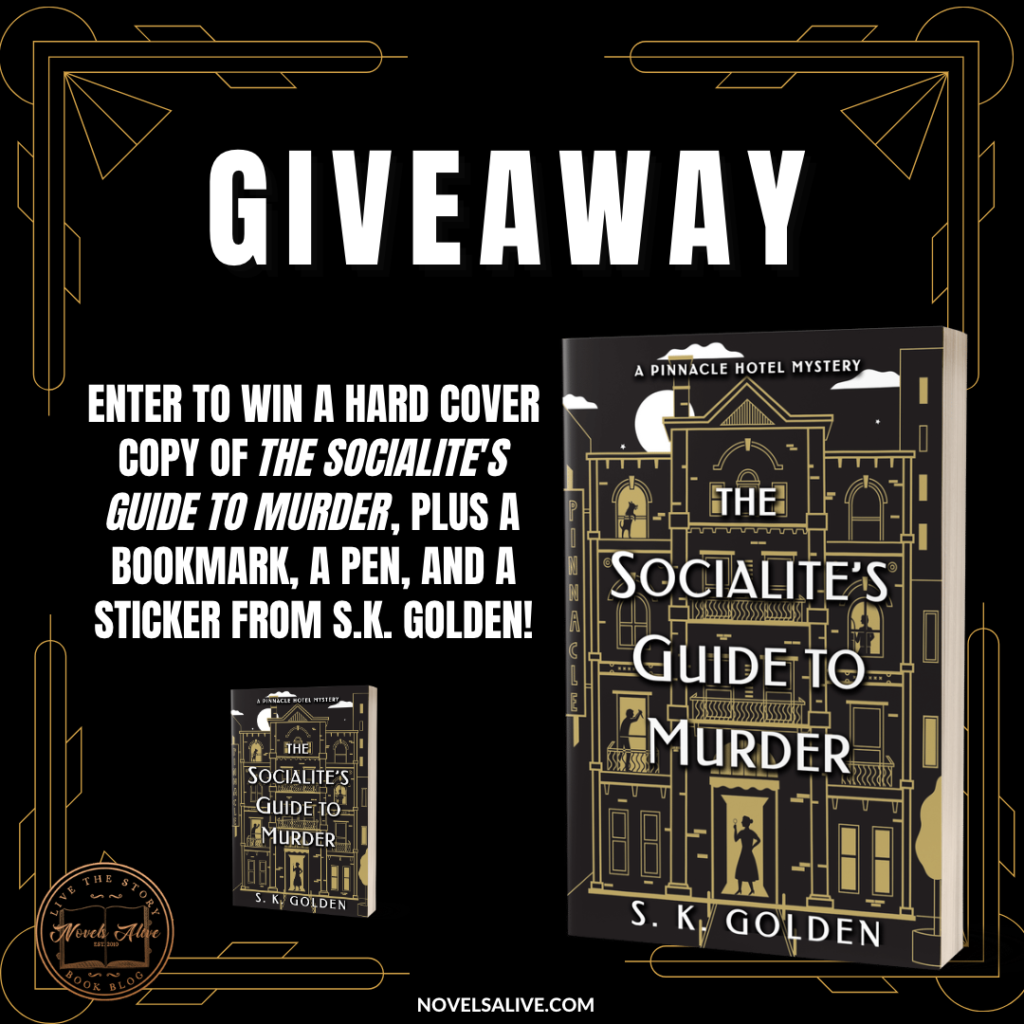 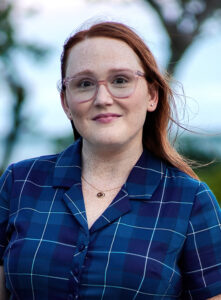 S. K. Golden is the author of the cozy mystery Murder at the Pinnacle Hotel. Born and raised in the Florida Keys, she married a commercial fisherman. The two of them still live on the islands with their five kids (one boy, four girls — including identical twins!), two cats, and a corgi named Goku. She graduated from Saint Leo University with a bachelor’s degree in Human Services and Administration and has put it to good use approximately zero times. She’s worked as a bank teller, a pharmacy technician, and an executive assistant at her father’s church. Sarah is delighted to be doing none of those things now. She is currently working on book two in the Evelyn Murphy series.