GUEST BLOG: Inspiration For My Novel THE BONNET BOOK by Nancy Menees Hardesty With Giveaway

We were sitting in my mother’s condo, reviewing old notebooks from a box of family papers. Suddenly my mom tossed me a small booklet.

“I don’t know if this is important or not, but I saved it just in case,” she said with uncertainty.

It was an old, tattered, brownish address book, 2 1/4” wide x 5” long, with tiny tabs for each letter of the alphabet. It was about the size of a cell phone.

I opened the book to a random page and was shocked by what I saw. The page contained sketches of Victorian hats, with notes for construction of each one. Done in pencil, the writing and drawings were faded but still readable!

I already knew that my grandmother, Bonnie, had been trained as a hatmaker. But I was overwhelmed to find thirty-six pages of her notes and sketches. I immediately named the precious little booklet “The Bonnet Book” and knew that it would be the thread that tied together the story in my novel, which I also named The Bonnet Book, in honor of the thrilling, invaluable discovery.

I kept The Bonnet Book under lock and key and decided to have it scanned, ensuring its contents would never be lost. I also bought a pair of gloves to help with preservation of the delicate pages, which I have hardly handled with my bare hands since!

Six years of writing and research later, when time came to publish my novel, The Bonnet Book again took center stage. It was very important to me that the world see for themselves my grandma’s handwritten notes and drawings, so my designer and I included two pages from the actual Bonnet Book as the background for the front cover of the novel. On the back cover, we featured a picture of the exterior of the booklet.

I also decided to incorporate grandma Bonnie’s drawings in the interior of the novel. In addition to a photo of the booklet itself, I traced some of the clearest, best-preserved hat sketches and reproduced them to use as section breaks in the book.

As I wrote my grandma’s story, she was the blinding light at the end of my pen. I felt as though she were right there with me, opening to me her heart, mind, and spirit, so that I could do the best job possible of sharing and staying true to her story. Consequently, just as she was with me while I was writing and researching the book, I wanted her to be front and center in the book itself, so readers could get a firsthand glimpse of the actual writings and drawings of the inspiring, groundbreaking woman who was my dear grandma Bonnie. 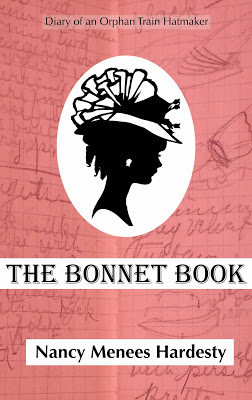 Sent away on an orphan train at fourteen, smart and lovely Blanche Spencer lands in St. Louis, Missouri as a nursemaid, wearing rags and sleeping in a pantry. To rise above her servitude, she begins a self-education program. A trade booth at the 1904 World’s Fair and a Cobden, Illinois apprenticeship launch her into a hat-making career, which she documents in a tiny diary, The Bonnet Book.

An early example of self-determination and girl power, Blanche—now Bonnie—travels alone to the Wild West, where she’s presented with the chance of a lifetime and the possibility of love—both rife with challenges that test her drive, purpose in life, and sense of self.

The Bonnet Book diary and other historical items in the novel are real-life touchstones in this gripping, inspiring story based on the life of the author’s grandmother. 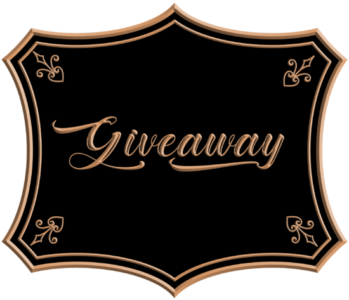 Nancy Menees Hardesty, born in Illinois and raised in St. Louis, Missouri, moved to San Francisco, California in 1969. Nancy spent six years researching and writing her debut novel, The Bonnet Book. She had various family journals and artifacts and the extensive help of her mother, Mary Kay Menees, who was the daughter-in-law of the book’s protagonist, Bonnie Spencer. The tiny “Bonnet Book” of hat sketches and the wooden hat-supply trunk featured in the book are still in the author’s possession.

GUEST BLOG: Why Is Meaning Necessary In Life? by David Amerland Plus Giveaway!

GUEST BLOG: How Does Yoga Impact Your Nervous System? by Leila Worby Plus Giveaway!