4-STAR REVIEW: A SHOT OF MURDER by Brenda Gayle

In 1948, Charley Hall resents giving up her job as city reporter for the Kingston Tribune to a returning soldier. But her demotion to the women’s pages is the least of her worries since Gran is organizing a surprise birthday party for Charley’s older brother, Freddie. Trouble is, Freddie hasn’t come back from his latest bender. When Charley goes looking for him, she discovers the dead body of a woman, last seen with her brother. Beside the murdered woman is a torn newspaper article about local politician Dan Cannon, who also happens to be Charley’s best friend. To make matters worse, a police detective from Toronto shows up and begins nosing around. Charley is not about to stand by and let her brother nor her friend take a fall for a murder based on circumstantial evidence. Not by a long shot. 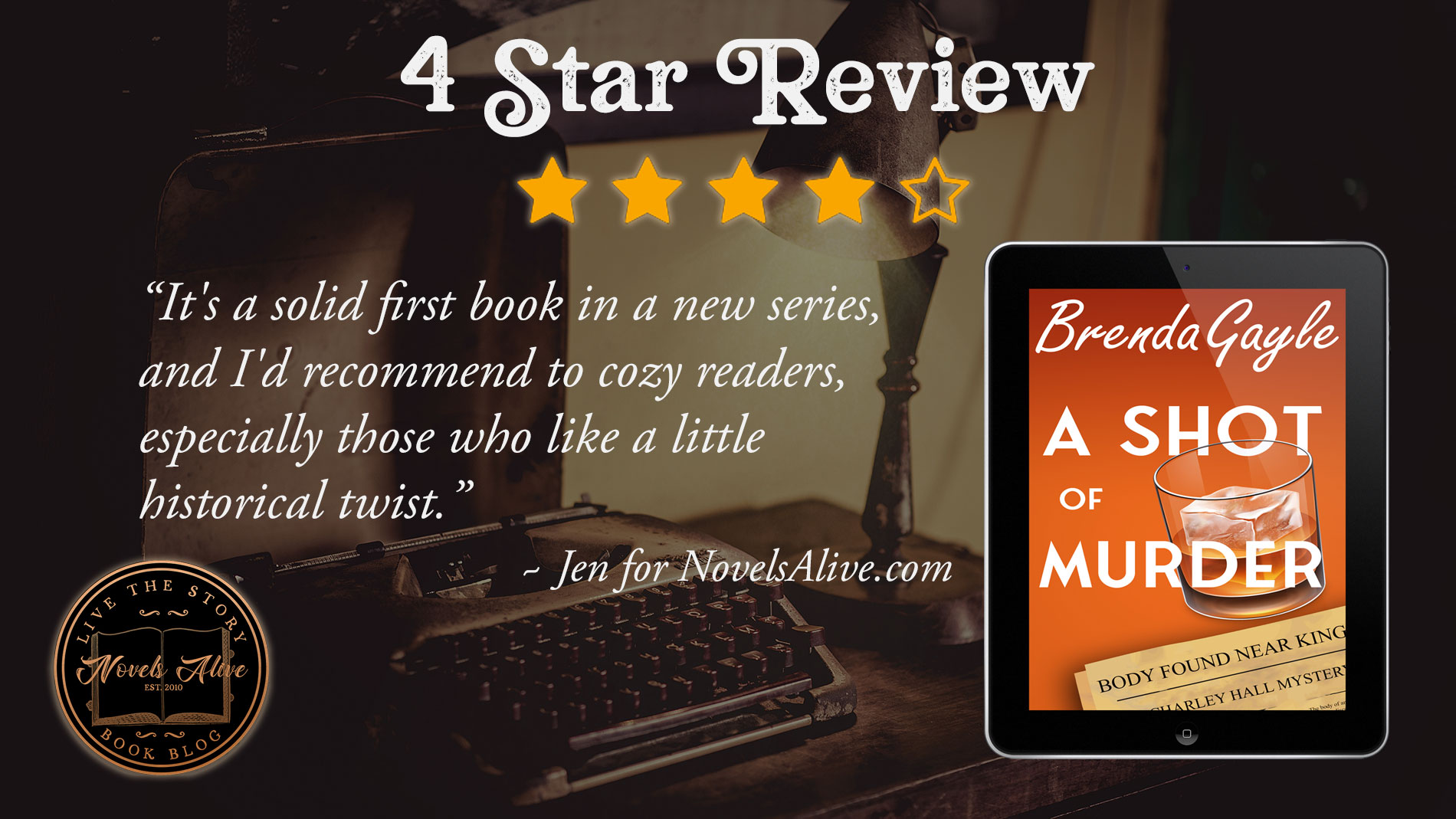 I haven’t read many historical mysteries, or even books set just after World War II. But, seeing as I like cozy mysteries and historical stories, I thought I’d give A Shot of Murder a try. I was quite pleasantly surprised.

Our sleuth is Charlotte, aka Charley. She’s from an affluent and influential family in Kingston, Ontario. During the war, she worked at the local paper as an investigative reporter, but as the soldiers return home, she gets demoted to the society pages. When her brother goes missing, she can’t pass up the opportunity to flex those investigative muscles to find him.

There’s an interesting mix of characters introduced in this first book in the series. Besides Charley and her grandmother, there’s her boss and co-workers at the paper, her childhood friend Dan, and police detective Mark. The last two, I think, will potentially be love interests as the series evolves.

The mystery itself was good. I’ll admit that about halfway through, I wasn’t sure where it was going. There was a murder that was somehow tied to Charley’s missing brother, but I had doubts that it was going to get pulled together and make sense. At 150 pages, it wasn’t the most complex mystery, especially with all the character development. That said, I was surprised with the ending.

All in all, A Shot of Murder was a fun read. I’m interested in revisiting Charley’s world to see what trouble she’ll find herself in next and see how her relationships with Dan and Mark progress. It’s a solid first book in a new series, and I’d recommend to cozy readers, especially those who like a little historical twist. 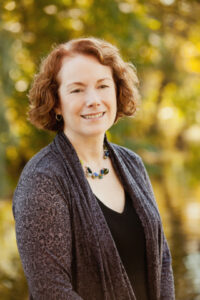 Life is messy and I try to reflect that in my stories while still leaving readers with a feeling of hope. I want them to see themselves and people they know in my characters.

You could say writing is in my genes. My paternal grandmother was a formidable diarist; my father was a journalist and poet; my sister and cousin are both published authors; even my son has shown a talent for putting pen to paper (or fingers to keyboard) to tell awesome stories. So, it came as no surprise to anyone when I returned to my love of fiction after more than 20 years in the world of corporate communications–although some might argue there was plenty of opportunity for fiction-writing there, too.

A fan of many genres, I find it hard to stay within the publishing industry’s prescribed boxes. Whether it’s mystery, romantic suspense or women’s fiction—my greatest joy is creating deeply emotional books with memorable characters and compelling stories.

I love hearing from readers.

All in all, A Shot of Murder was a fun read. I'm interested in revisiting Charley's world to see what trouble she'll find herself in next and see how her relationships with Dan and Mark progress. It's a solid first book in a new series, and I'd recommend to cozy readers, especially those who like a little historical twist.4-STAR REVIEW: A SHOT OF MURDER by Brenda Gayle