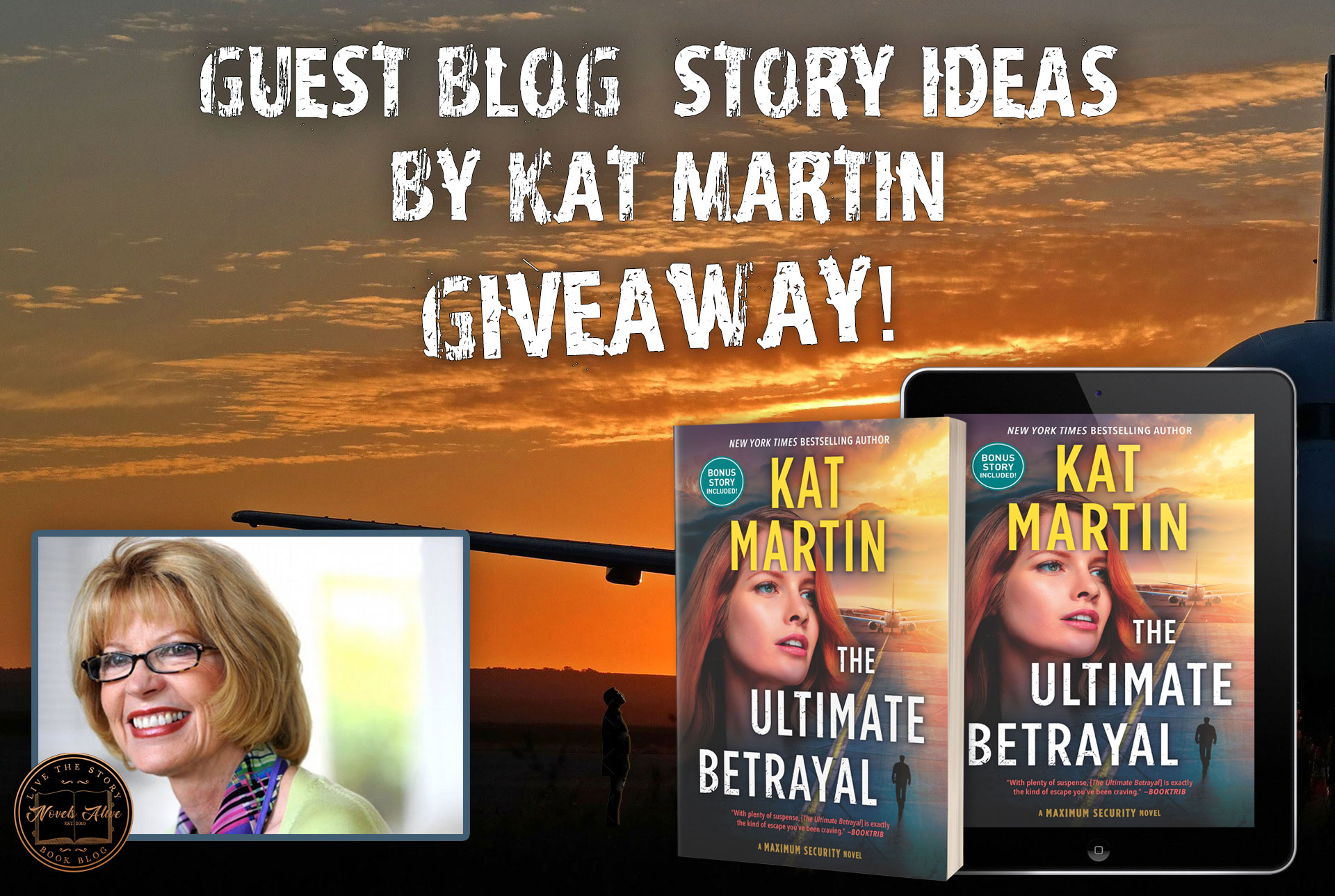 People often ask how I come up with ideas for my novels. Sometimes I have no answer—it just seems to pop into my head. Best guess, the kernel of an idea probably came from a newspaper or magazine article or something I saw in a movie. It was probably just so far back I don’t recall.

Before I started to write THE ULTIMATE BETRAYAL, Brandon Garrett’s story, the third book in my Maximum Security Series, I had decided to set a book in Colorado, maybe even a new series. I ran across an article about the Army Chemical Weapons Depot near Fort Carson and started thinking… wouldn’t it make be interesting if someone stole chemical weapons from the depot? I wonder if it could be done? How would the good guys catch the thieves? And so off I went on a story that turned into The Ultimate Betrayal.

Having written over 70 novels since I began way back when, it’s harder and harder to come up with fresh ideas. I do a lot of research for my books. This novel, set around a military base, was particularly difficult. Lots of stuff I didn’t know.

In the story, when investigative journalist Jessie Kegan’s father, a colonel in the army, is accused of treason, Jessie is determined to clear his name. Reluctantly, she turns to former Special Ops soldier, Brandon Garrett, her late brother’s best friend—a true heartbreaker, according to her brother.

With danger coming from every angle, time is running out and the game being played is deadly. Working together, Bran and Jessie must risk everything to solve the riddle and confront the threat—before it’s too late.

I hope you’ll give THE ULTIMATE BETRAYAL a try and if you like Bran and Jessie as much as I did, you can also find them in THE CONSPIRACY, Maximum Security book #1 and THE DECEPTION, book #2.

Till next time, happy reading and all best, Kat 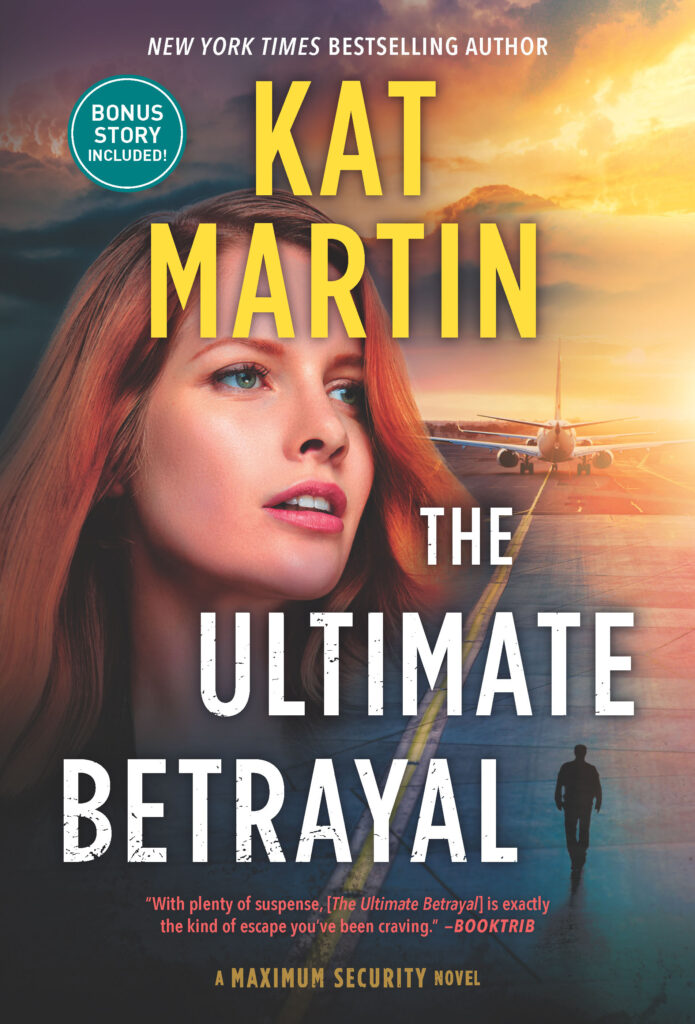 Give the gift of reading this holiday season!

“With plenty of suspense, plot twists and turns and the kind of fast-paced love story that will keep you on your toes, it’s exactly the kind of summer escape you’ve been craving.”—BookTrib

To prove her father’s innocence, she’ll have to turn a killer’s sights on herself.

When journalist Jessie Kegan’s father is accused of espionage and treason, Jessie has no doubt the man she looked up to her entire life is innocent. Worse yet, before Colonel Kegan can stand trial, he’s found dead of a heart attack…but Jessie knows it was murder. Forcing down her grief, she’s determined to use her investigative skills and resources to clear her father’s name. But going after the truth means Jessie soon finds herself in the crosshairs of a killer who wants that truth to stay buried with her father.

Protecting Jessie Kegan is a job bodyguard Brandon Garrett can’t refuse. Jessie isn’t just a client at Maximum Security—she’s the sister of his best friend, Danny, killed in Afghanistan. With dangerous forces gunning for Jessie from every angle, keeping her safe will mean keeping her close and Bran finds their mutual attraction growing, though being Danny’s sister puts Jessie out of bounds.

With their backs against the wall, Jessie and Bran will have to risk everything to expose her father’s killer—before his legacy dies with his daughter.

Bestselling author Kat Martin, a graduate of the University of California at Santa Barbara, currently resides in Missoula, Montana with Western-author husband, L. J. Martin.  More than seventeen million copies of Kat’s books are in print, and she has been published in twenty foreign countries.  Fifteen of her recent novels have taken top-ten spots on the New York Times Bestseller List, and her novel, BEYOND REASON, was recently optioned for a feature film.  Kat’s latest novel, THE ULTIMATE  BETRAYAL, a Romantic Thriller, was released in paperback December 29th.