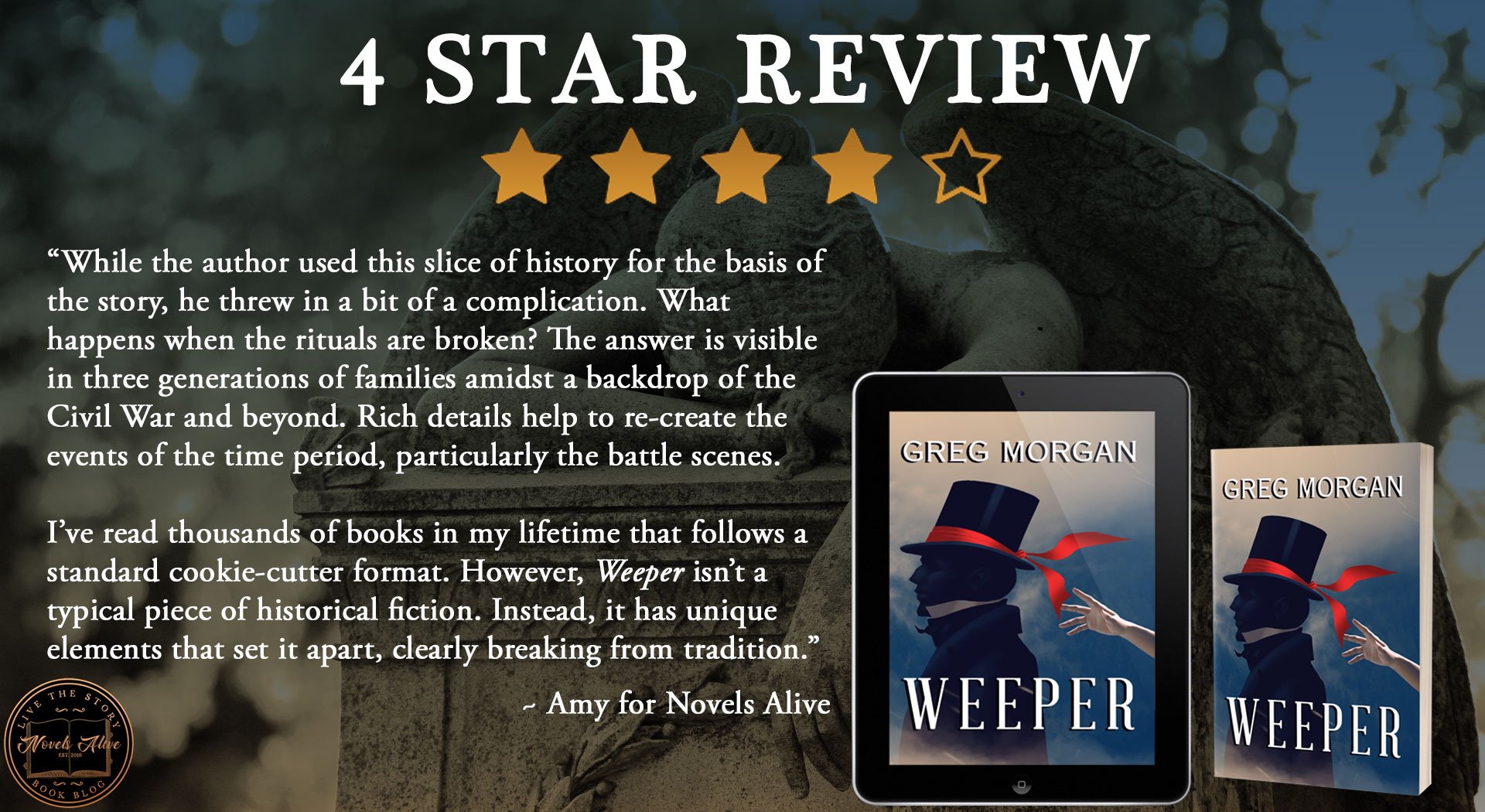 This beautifully constructed family saga spans three generations set all within the macabre world of the civil war era American funeral industry where weepers, warners, death photographers and the new practice of embalming the dead dwelled. For generations, the women of the Fenn family have been traditional “weepers”; paid mourners who attend wakes and weep for the dead. Their counterparts, the men of the True family, are undertakers, or “warners.” The current warner, Archer True is good at his job, but has a vice for whiskey and women, but the latter has disastrous repercussions as he’s also a married man. The weepers were always veiled and always, like him, wore black. One day, he hears a youthful voice from under the veil rather than the older voice he had been used to. When he finds himself irresistibly drawn to the young “Weeper,” Charlotte Fenn, their passionate affair results in pregnancy. The scandal of their unborn child threatens to destroy the reputations and livelihoods of both families.

Throughout history, death and rituals have gone hand in hand. Those traditions are passed down between generations, giving birth to the modern-day practice of funeral homes and cremation.

Author Greg Morgan uses 19th century Pennsylvania as the setting for his novel, Weeper. It’s a small rural community, where families eke out a living from the land. It is here, two decades prior to the Civil War, that the author begins the tale of the True and Fenn families.

He spins the tale of tradition: the Fenn family provides a weeper, also known as a professional mourner, while the True family provides a warner, an early term for what has become the modern-day funeral director. The Missus (the official name for the weeper) follows a strict routine from her heavy black veil to the position of her chair by the deceased. Meanwhile, the warner, a position held by a male member of the True family, coordinates the spreading of the news and is also responsible for handing out any remembrances to the mourners. Historically speaking, this was quite fascinating because I was unaware of how intricate these rituals were.

While the author used this slice of history for the basis of the story, he threw in a bit of a complication. What happens when the rituals are broken? The answer is visible in three generations of families amidst a backdrop of the Civil War and beyond. Rich details help to re-create the events of the time period, particularly the battle scenes.

I’ve read thousands of books in my lifetime that follows a standard cookie-cutter format. However, Weeper isn’t a typical piece of historical fiction. Instead, it has unique elements that set it apart, clearly breaking from tradition.

Originally a screenwriter and independent filmmaker, author Greg Morgan turned his storytelling skills into long-form narrative fiction with his debut novel, Weeper. Weeper is the multigenerational story of the relationships between the members of two 19th century Appalachian families; the True’s, a family of “warners” (early funeral directors), and the Fenn’s, a family of “weepers” (paid mourners). Greg Morgan now continues the genre with Collodion, submerging a charming romance into the macabre world of the nineteenth-century death industry; postmortem photography & embalming. Like Weeper, Collodion, is sure to captivate its readers till the very last page.

4 STAR REVIEW: WEEPER by Greg MorganWhile the author used this slice of history for the basis of the story, he threw in a bit of a complication. What happens when the rituals are broken? The answer is visible in three generations of families amidst a backdrop of the Civil War and beyond. Rich details help to re-create the events of the time period, particularly the battle scenes. I’ve read thousands of books in my lifetime that follows a standard cookie-cutter format. However, Weeper isn’t a typical piece of historical fiction. Instead, it has unique elements that set it apart, clearly breaking from tradition.