4 STAR REVIEW: THE QUEEN OF SECOND CHANCES by D.M. Barr 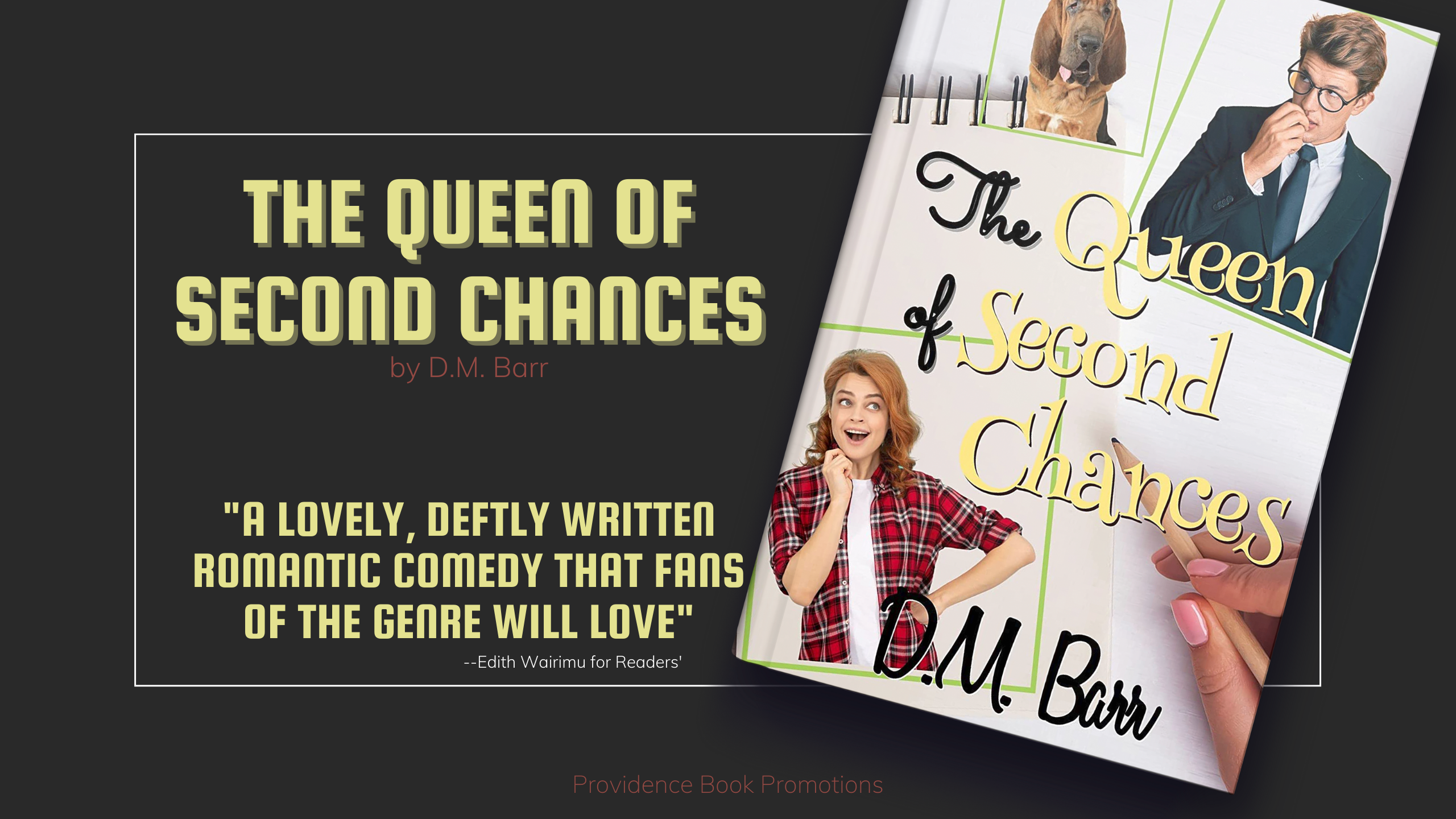 Carra’s memoir-writing class teaches seniors to resolve the regrets of their past. But to win over elder attorney Jay, will she follow her own advice? Carraway (Carra) Quinn is a free-spirited English major confronting an unreceptive job market. Desperate for cash, she reluctantly agrees to her realtor stepmother’s marketing scheme: infiltrate a local senior center as a recreational aide, ingratiate herself with the members, and convince them to sell their homes. Jay Prentiss is a straitlaced, overprotective elder attorney whose beloved but mentally fragile Nana attends that center. More creative than mercenary, Carra convinces Jay to finance innovations to the Center’s antiquated programming. Her ingenuity injects new enthusiasm among the seniors, inspiring them to confront and reverse the regrets of their past. An unlikely romance develops. But when Carra’s memoir-writing class prompts Jay’s Nana to skip town in search of a lost love, the two take off on a cross-country, soul-searching chase that will either deepen their relationship or tear them apart forever. 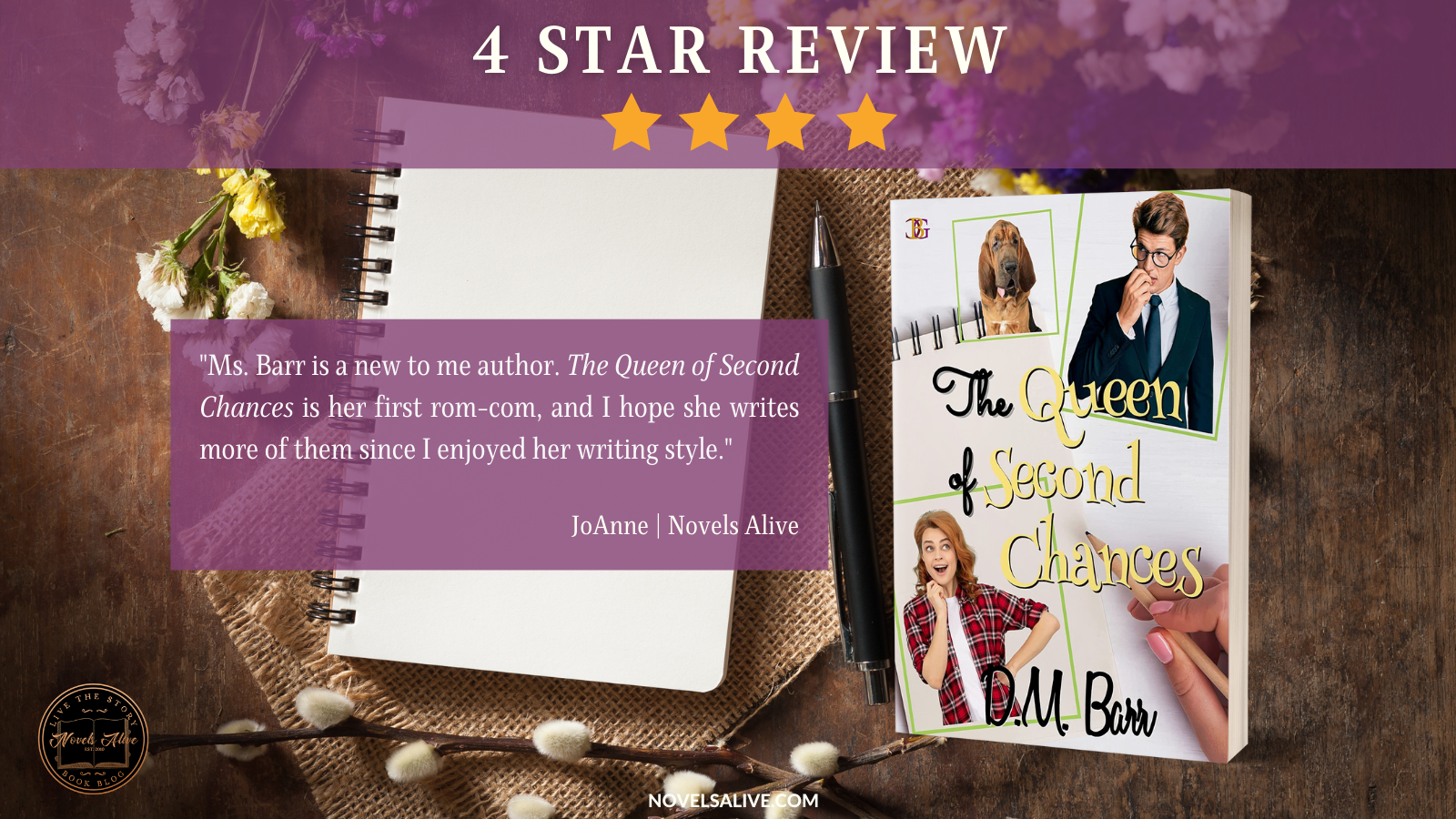 The Queen of Second Chances by D.M. Barr was a quick read rom-com and had some quirkiness throughout. Filled with seniors who hang out at the recreational center at SALAD and/or get meals delivered to them at their homes, there were many different personalities involved. Carra gets a job there through her stepmom when she needs to pay the rent since she’s procrastinating revising her novel that her editor is waiting on.

Carra’s stepmother, who is in real estate, thinks Carra should approach the seniors about selling their homes and moving into something smaller or an apartment. Her stepmom does the same with Nikki, Carra’s sister, but at a rehab center.

Carra pays lips service to her stepmom, but that’s about all. Carra shakes up the activities portion of SALAD—much to the chagrin of those in charge—and gets reprimanded more than once.

Carra and Jay, an attorney for the elderly whose grandmother goes to the rec center each day, meet when Carra asks for a favor since she heard he’s a big donor to the center. The two hit it off, but there are lots of secrets between them, and they both sometimes say things without thinking them through.

As their attraction builds and Carra comes up with more ideas Jay can help with, he starts to rethink some pieces of his life. His current girlfriend, his administrative assistant, and his lack of humor seem to all point to changes he needs to make, but how will that go over? He’s very protective of his grandmother to the point that Carra doesn’t even know which senior she is.

The story twists and turns with some heartwarming moments and others that are heartbreaking. We get to see Carra’s relationship with her roommate as well as her sister and stepmom. There are several pieces to the story, all centered around SALAD, woven together nicely. There are pets, love interests, activities to plan, people to visit to enrich their lives, clients needing help with different parts of their lives, misunderstanding, anger, sadness, danger, heartache, truths uncovered, romance and ultimately love.

As Carra and Jay get closer, they often take one step forward and two or three back. His current girlfriend doesn’t seem to get the hint that their relationship is history. There is some closure and a happily ever after in the offing, especially thanks to the last chapter that takes place a year later. The cover was cute and drew me in.

Ms. Barr is a new to me author. The Queen of Second Chances is her first rom-com, and I hope she writes more of them since I enjoyed her writing style. 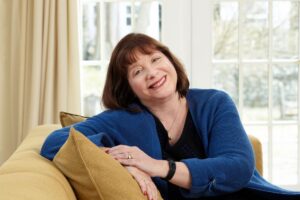 By day, a mild-mannered salesperson, wife, mother, rescuer of senior shelter dogs, competitive trivia player and author groupie, happily living just north of New York City. By night, an author of sex, suspense and satire. My background includes stints in travel marketing, travel journalism, meeting planning, public relations and real estate. I was, for a long and happy time, an award-winning magazine writer and editor. Then kids happened. And I needed to actually make money. Now they’re off doing whatever it is they do (of which I have no idea since they won’t friend me on Facebook) and I can spend my spare time weaving tales of debauchery and whatever else tickles my fancy. The main thing to remember about my work is that I am NOT one of my characters. For example, as a real estate broker, I’ve never played Bondage Bingo in one of my empty listings or offed anyone at my local diet clinic. And I haven’t run away from home in fear that my husband was planning to off me. But that’s not to say that I haven’t wanted to…

4 STAR REVIEW: THE QUEEN OF SECOND CHANCES by D.M. BarrMs. Barr is a new to me author. The Queen of Second Chances is her first rom-com, and I hope she writes more of them since I enjoyed her writing style.