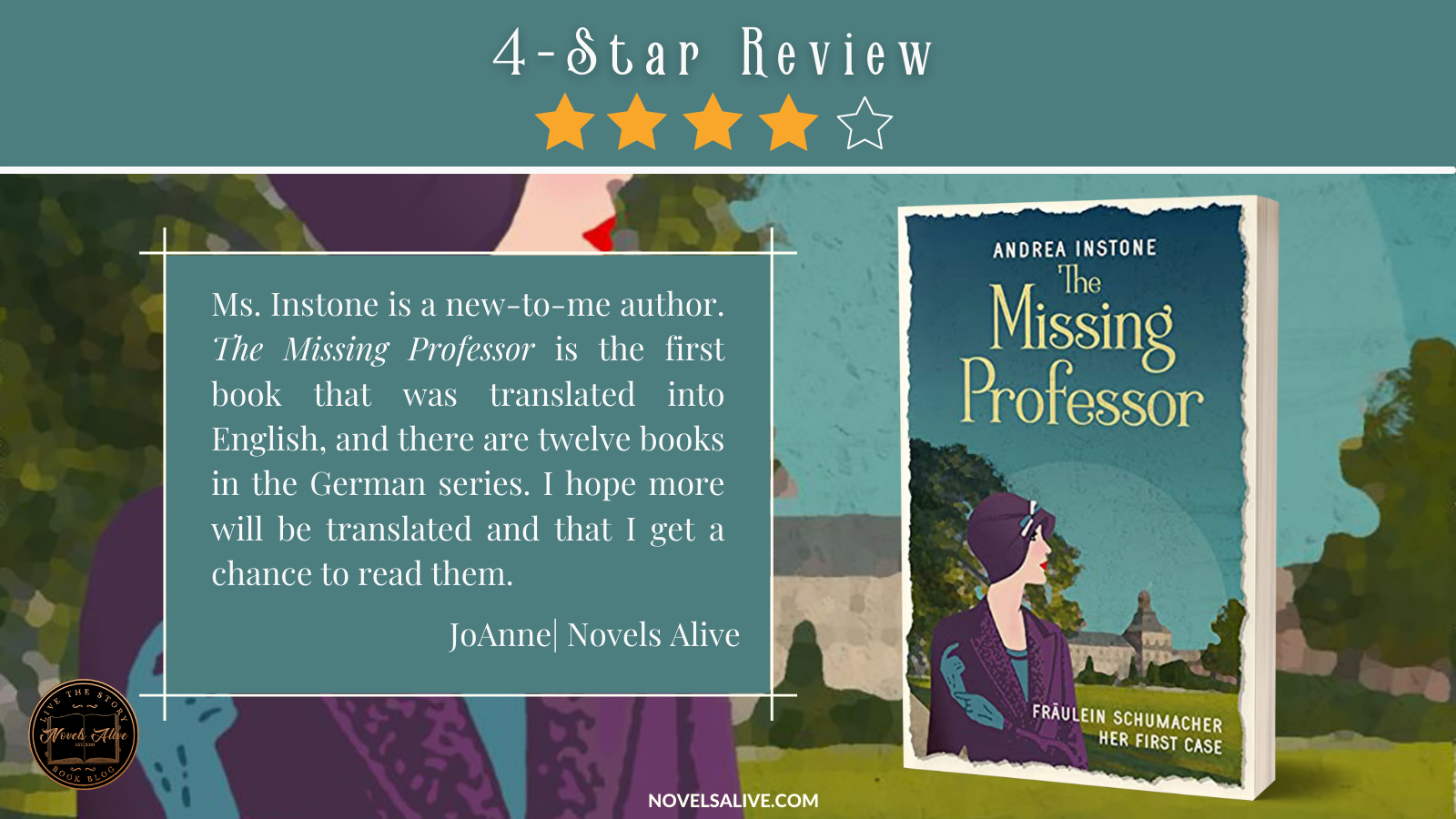 In 1926, young Emma finds herself leading a sheltered life with her grandmother in England, where her aunt’s dramatic squabbling is the greatest excitement in her daily routine. But then one day, Emma receives a letter that makes her think her father, a professor of Egyptology at the University of Bonn, is in danger. She decides to return to Bonn to figure out firsthand what might have happened to him. Her search eventually takes her to various museums around the region in an effort to track down her elusive, missing father. A mysterious ancient cat figurine, strange letters, rival suitors, and a new self-confidence result in Emma becoming more comfortable with herself and more secure in her ability to untangle puzzles that others find unsolvable. A charming mystery about the 1920s Egyptomania craze and the brave new world facing young women in the Roaring Twenties!

The Missing Professor by Andrea Instone and translated to English by Rachel Reynolds is a detective and crime novel set in 1926 with lots of twists and turns and several characters who were often difficult to sort out. There were similar names (too many last names started with M) and those in similar fields that it took a while to get everyone straight. The story takes place in England and Germany, and there are beautifully written descriptions that made me feel like I was there.

Emma lives in England with her maternal grandmother and aunt while her father and his sister live in Germany, where she grew up until her mother’s death. Emma and her father see each other once a year for her birthday and to be together to remember her mother’s death. Her father is a professor of some renown whose specialty is Egyptian artifacts.

When Emma receives a letter from her father that doesn’t seem like his handwriting, she starts to worry for a few reasons. When weeks go by, and no one hears from him except for receiving more correspondence that’s out of character, she decides to head to Germany and see what’s going on.

As the timeline is built to determine when Emma’s father was last seen and by whom, we get into the nitty-gritty of the story. Emma plays sleuth too many times to count and is always in the thick of things. Her investigation doesn’t endear her to many of the characters whose paths she crosses.

Many characters have a depth to them, but also many have unsavory sides. Quite a few people are going in and out of her aunt’s house in Germany, and Emma doesn’t know who to trust but seems to always share what she’s learned about the disappearance and missing artifacts with everyone she comes in contact with.

When the police start looking for her father’s whereabouts, they feel there may be a darker side to him. Emma and her aunt don’t want to believe it’s true, but what will the police uncover? The story has clues and red herrings throughout, and you have to sift through them to find out the true meaning behind some of the details left behind.

Many storylines are being woven together that add layers to the story. Multiple crimes are being committed, secrets, injuries and illness, fear, anger, investigations, interviews, lots of food, and gatherings with friends and family along with some romance. There is closure with solving the crimes but enough loose ends to bring us to further books in the series.

Ms. Instone is a new-to-me author. The Missing Professor is the first book that was translated into English, and there are twelve books in the German series. I hope more will be translated and that I get a chance to read them. 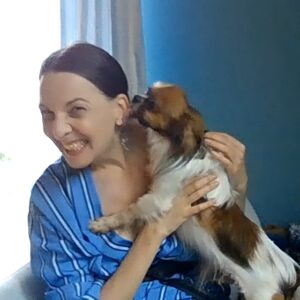 My real name is Andrea Instone (which, contrary to some rumors, is not a pseudonym) and I write with great enthusiasm in various genres, because I am an equally enthusiastic reader of these genres. Why should I rein in my imagination? Sometimes I feel like something silly, sometimes tension or fantastic worlds. You probably don’t feel that much differently.

I have been working as an indie author since 2017, but now also write for publishers and have now acquired a pseudonym under which I would like to give my romantic side the opportunity to write. I have ideas for at least a hundred more novels – let’s see how many of them I’ll actually write.