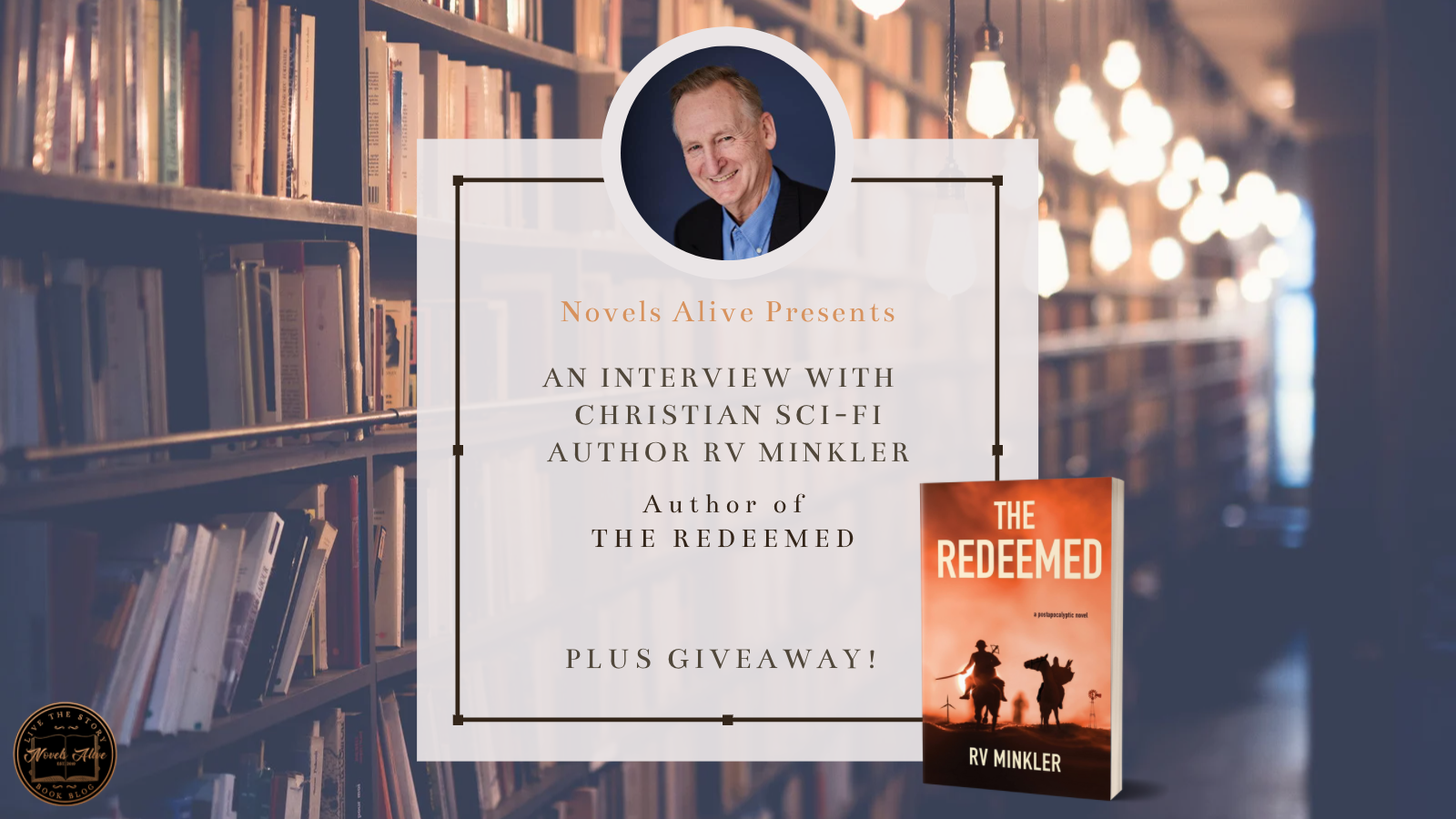 Today we welcome Christian Sci-Fi Author RV Minkler as he answers our questions to find out more about him.

In my book, THE REDEEMED, I do feel that the characters and the plot are intertwined, and the interactions of that dynamic are the energy that drives the story forward. I tried to give my main characters traits and personalities that would resonate with the readers, and the plot plunges those characters into challenges that propel the story. For the primary protagonists and antagonists, this device is probably expected, but I have also attempted to ingrain relatable aspects into the roles and personas of the supporting characters.

Virtually every character in my book reflects some aspect of my nature and id. The character that probably most closely embodies my psyche is the protagonist named Nate, who is intellectually astute but emotionally stunted and socially awkward. However, the character I wish to be is the faithful mentor, Abe, the spiritual leader full of grace, wisdom, compassion, and discernment.

As I only have one book at this time, THE REDEEMED, that would have to be the one I make into a film. I would like to produce the saga in the film as I believe that would deliver the story and its message to a broader audience. The message confirms that God works for the good of His people even in the bleakest and darkest situations. When catastrophic events, disease, and starvation seem to steal any prospect of hope, this speculation describes how long-suffering-yet-faithful Christians receive a renewed promise of a prosperous and secure future. It is an encouraging prospect that I posit we all need as we deal with current events and challenges.

Yes, I would enjoy writing a good detective story. I appreciate the uncovering of clues and the logical construction of scenarios and participants. However, I’m not convinced that the project is one in which I will engage.

If I could meet an author, the list would include J.K. Rowling, Suzanne Collins, Stephen King, Ken Follett, and Michael Connelly. If Michael Crichton were still alive, I would add him to the list. As regards a literary character, Hermione Granger of THE HARRY POTTER series or Abagail Freemantle (A.K.A. Mother Abagail) of THE STAND would top my list.

As with the rest of us, you have a real life to live. So, in your most recent book, what was happening in your life, and how did it influence your writing?

This answer is not a short response. Thirty-six years ago, I received the initial concept of the novel in a dream. Then, my life was foundering with the failure of my second marriage. I was lonely, separated from my children, and spiritually empty. I had been a “lapsed Christian” for over twelve years, and I finally sensed the urging of God to rejoin the body of Christ.

I had started attending church again, and my faith blossomed. As my spirituality grew, the storyline expanded and matured in my mind. I remarried, and my wife and I have shared our faith, life, trials, and joys for the last thirty-four years. During this time, the saga continued to ferment in my mind. Though the primary dilemma in the plot remained, the actions and results developed and evolved from the immature first draft to a richer cultured form. Finally, I returned to the manuscript four years ago and completed the first draft. I have since received welcomed reviews and suggestions from friends and professionals to refine this novel into its present form.

Something that didn’t make it into the final copy is the retelling of the journey by the elders to children around the community campfire. I may try to work some of that narrative back into the sequel.

I have an active imagination, which is a blessing. Therefore, it takes very little for me to prepare my mind to write. What does take preparation and diligence is the effort to record my ideas into a document. I need to make an effort to capture some of my thoughts in an electronic manuscript. Then, I benefit from firmly archiving those sometimes-elusive concepts that I can easily later rework or even discard. Regarding getting into the mind of my characters, each person has some part of me in their persona, and, therefore, that is not a significant effort. My active imagination makes the development of multiple personalities possible.

I confess that I am a child of the first generation of television addicts. It is easier for me to list shows or movies that influenced me as a writer than books I read during those child/adolescent years. I would identify: “Jason and the Argonauts,” “Ben Hur” (Charlton Heston version), and “Flight of the Phoenix” (James Stewart version) as influential films, each of which derived from books. These movies document epic journeys. These are storylines that appeal to me. The first book that I recall making an impact on me is THE ANDROMEDA STRAIN by Michael Crichton, and I was a late adolescent when I read it.

The short answer is “a lifetime” (ha-ha). As an engineer, I already have a good grasp of the scientific elements of the story, and I only needed to research a few concepts, such as “how long does gasoline remain viable?” The people interactions and the faith aspects of the saga are more the results of my experiences and growth; therefore, a lifetime of research.

“What’s one of the most important things you’d like your readers to know about you?” Wow, that’s a loaded question. I would answer that inquiry by acknowledging that I am an imperfect person striving to improve myself, faithfully serve God, love my family and others, encourage others, and build a better world. Those goals are ambitious and occasionally exhausting, but they are for which I persevere. As regards “what defines you most as an author?” I would hope that is my ability to express my faith in a loving, compassionate God and that redemption is possible for all.

Ha! Well, by nature, I am not a very vocally expressive and extroverted man. Even my writing, on occasion, has been a bit too brief that I needed to elaborate on some points that my beta readers didn’t fully understand.

What prompted me to write this novel was an unrelenting urge to put out this story. When you realize that I have been working on this manuscript for thirty-six years and that my search for a literary agent to champion my novel was overwhelmingly fruitless, then I believe you can appreciate what I mean by an “unrelenting urge.”

Currently, I am developing the storyline for two sequels that will cover the succeeding generations’ trials.

Thank you, RV for joining us today and allowing us to learn more about you!

One child could change the future of humanity.

Eleven years after a virus swept through the world, small, spread-out gangs are all that’s left of humanity. Veena Osborne and her mentor, Abraham Jones, lead the Tierrans through the daily trials of surviving in post-apocalyptic San Diego. Together, they cling to the daily disciplines of faith and life that keep them safe and alive.

When Nate Sinclair stumbles out of a NASA-sponsored suspended animation experiment and into a world changed by catastrophic fires and pandemics, he finds his way to the Tierrans, and to Veena. The miraculous preservation of Nate through all the trials of the world might be enough to keep a sterile humanity alive, but the spreading knowledge of his immunity threatens to push the surviving humans into all-out war.

This apocalyptic novel is sure to entice fans of P.D. James (The Children of Men), Lauren James (The Quiet at the End of the World), and Clare Morrall (When the Floods Came) with it’s vibrant characters and intense storylines. 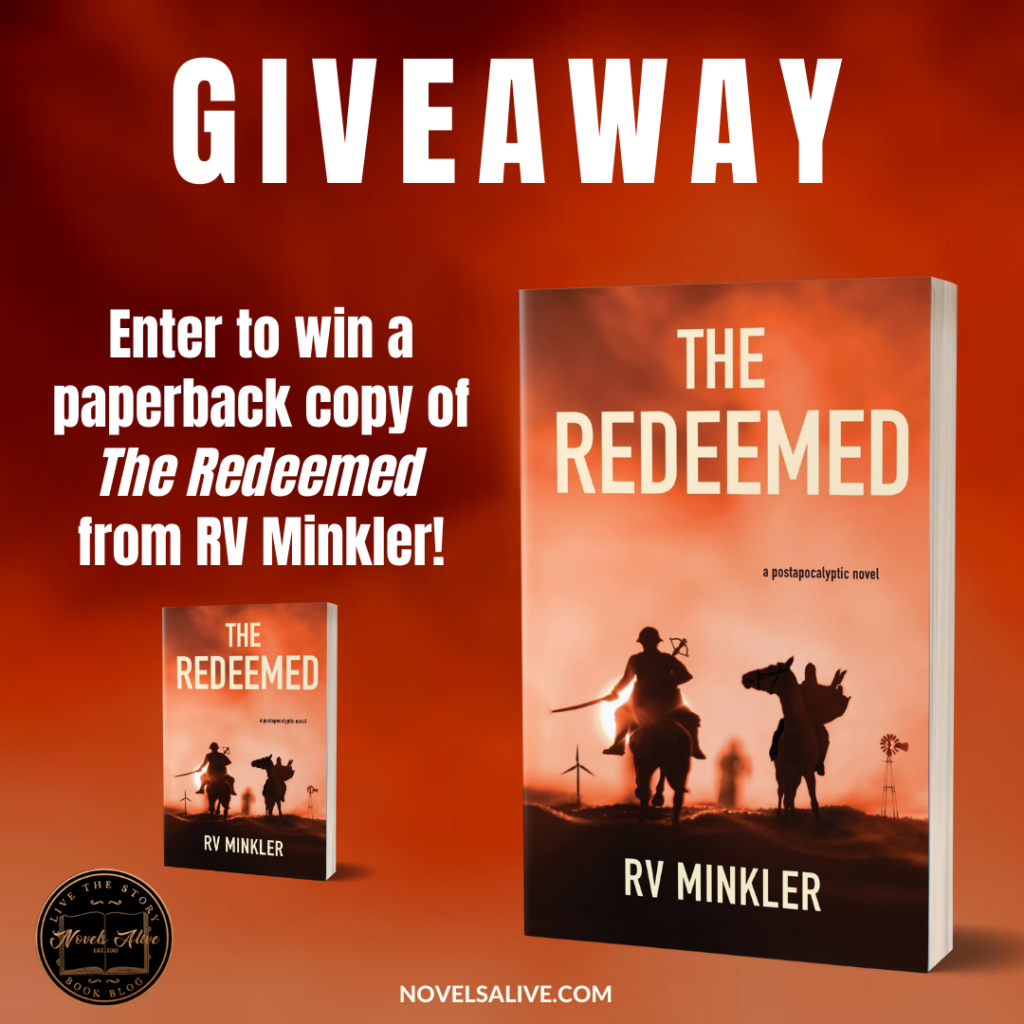 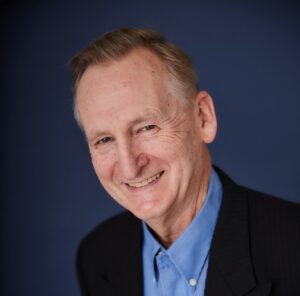 RV (Randy) Minkler is a Christian, husband, father, grandfather, software engineer, private pilot, guitar hobbyist, worship and praise team member, deacon, and joyful traveler. Born in Iowa, he completed elementary school in Des Moines before his family moved to Phoenix, AZ, where he lived until he completed his degree in Engineering from Arizona State University. After college, Randy moved to San Diego, CA, where he worked as a software engineer and raised a family. Now retired, he volunteers with the local police department to visit shut-ins, leads a bible study fellowship, and writes fiction.

Fun facts:
Randy was in his forties when he learned to play the guitar and in his fifties when he became a Private Pilot. In college, he was a member of a performing Israeli dance team.