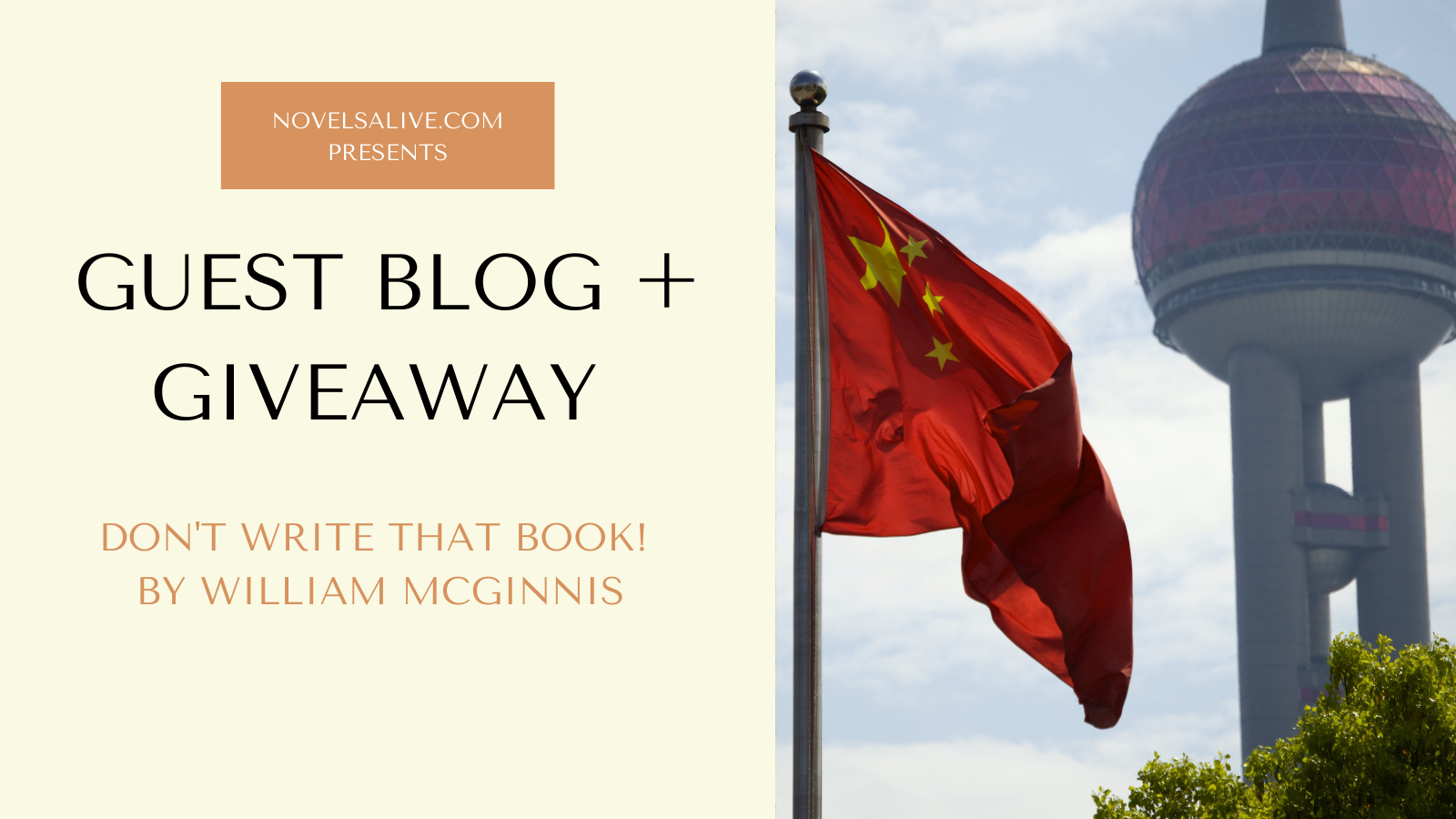 “Don’t write that book! Don’t do it! Something might happen to you!”

My Chinese friend knew whereof he spoke. Having lived under Chinese communist rule for 24 years—and then, as a member of the Chinese diaspora, having chafed under its influence in the United States for another 24 years—he understood the reach of the Chinese Communist Party (CCP) and what it is capable of—especially against anyone who exposes its true nature.

Perhaps out of bull-headedness, foolhardiness, or courage—or all three—I forged ahead and wrote the book. So if indeed something does happen to me, go back to Slay the Dragon and know that its message is absolutely real, vital and crucial: America and the world must wake up to the CCP threat!

First and foremost, my goal as a thriller writer is to sweep my readers and audiobook listeners away with stories that not only captivate but also are fun, upbeat, and flowing with can-do spirit. I’m pleased to report that reviews confirm Slay the Dragon does this in spades!

In addition, at the same time, another of my goals as a writer is to explore and reveal something true about our infinitely multifaceted world. In Slay the Dragon, without slowing the pace, woven into the fabric of this white-knuckle story is an exploration of some of the most important issues in the world today.

For example, Slay the Dragon lays bare the CCP’s ongoing strategy of unrestricted warfare against America. Exposed is a devastating strategy that has nearly brought America to its knees: Influencing, buying, and blackmailing US elites in politics, Wall Street, Hollywood, academia, Big Tech, Big Pharma, and the mainstream media. Stealing IT, trade secrets and the personal data of Americans. Forcing technology transfer. Fomenting internal conflict within the US. Fueling a deadly drug crisis. And surveilling Americans through technology.

Also, the book casts a spotlight on the plight of ordinary Chinese citizens. Good people being squeezed and destroyed by a totalitarian gangster regime—including Falun Gong practitioners subject to imprisonment, slavery and involuntary organ harvesting!

Another of my goals, as my readers are swept along in the story, is to provide a sort of grand guided tour – with maps included – of real places. In Slay the Dragon, I do this by drawing upon a lifetime living and sailing in the San Francisco Bay Area and on my own off-the-grid travels by river boat, rural peasant bus, plane, and overnight sleeper ferry in south central China. It’s downright uncanny how my characters wind up in places with which I am already familiar!

An ironic element in the background world of Slay the Dragon: While Americans burn US flags in street protests, Chinese citizens and Hong Kong residents yearn and die for basic freedoms. They crave freedom so much—freedoms that we in the US take for granted—they memorize the US Constitution and Declaration of Independence and risk prison marching while waving American flags.

In a recent interview, skilled writer Brad Thor made a big deal about how his novel Black Ice reveals the CCP’s quest for world dominance. But in that novel, while he does tell a good story, he exposes very few of the myriad nefarious ways in which the CCP is undermining America and the West. If I do say so myself, Slay the Dragon not only far more thoroughly reveals the CCP’s unrestricted warfare against the West, it also exposes the horrors of life within that totalitarian regime.

Which brings us full circle: Please keep this article in mind. This is my little insurance policy. If something happens to me, go back to Slay the Dragon and know the CCP threat is not just real, it’s totally, absolutely, bloody REAL!

A police officer is brutally murdered in a “mostly peaceful” Oakland protest. City hall shuts down any serious investigation of the heinous crime. Ex-Navy SEAL Adam Weldon and his cop buddy BC take up the search for the killers only to find themselves hunted, outmatched, and at risk of being killed at any moment.

As they fight for their lives, Adam and BC discover the horrible truth: The murder is part of a relentless, 40-year, “unrestricted warfare” assault on America by an implacable, seemingly all powerful foe. A sovereign state with vast resources-including database files on virtually everyone and the ability to track-and kill-anyone anywhere at any time. A sovereign state determined to bring America to its knees and to become itself the dominant power in the world.

Can Adam and his team-and American democracy itself-survive? To find out, plunge headlong into this rousing, upbeat, rip-roaring Adam Weldon thriller by award-winning author William McGinnis. 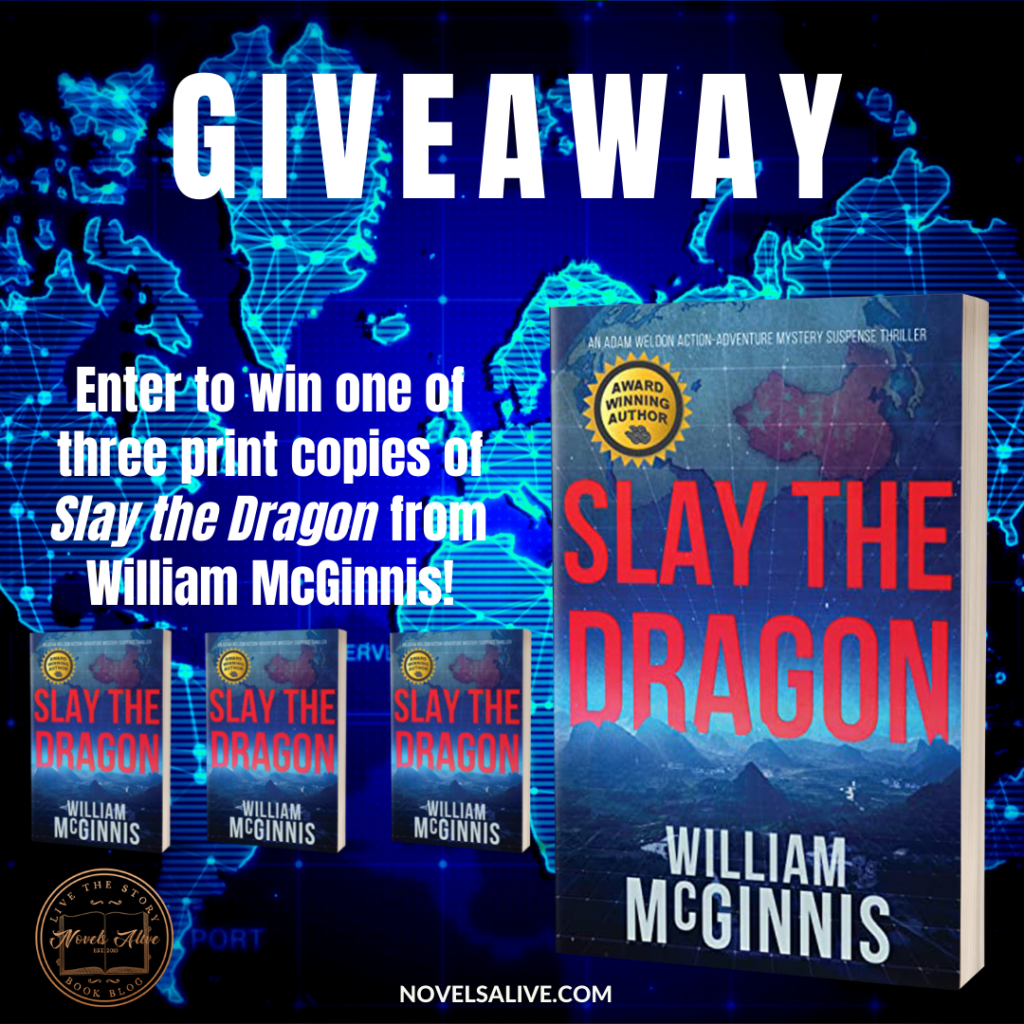 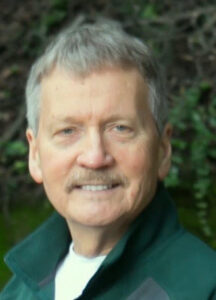 A California native with a Master’s in English literature, William McGinnis wrote five non-fiction books about whitewater rafting and sailing—and now writes thriller novels—stories that captivate, delight, and inspire. Bill is well-known as the river-exploring founder of Whitewater Voyages. His passions include hiking, woodworking, staring into space, audiobooks, and exploring new paths to adventure, friendship, and growth. He lives in the San Francisco Bay Area.