Previous articleSPOTLIGHT: A GOVERNESS SHOULD NEVER…DENY A DUKE by Emily Windsor Plus Giveaway!
Next articleGUEST BLOG: Using What’s Already There in Series Mysteries by Leslie Wheeler Plus Giveaway! 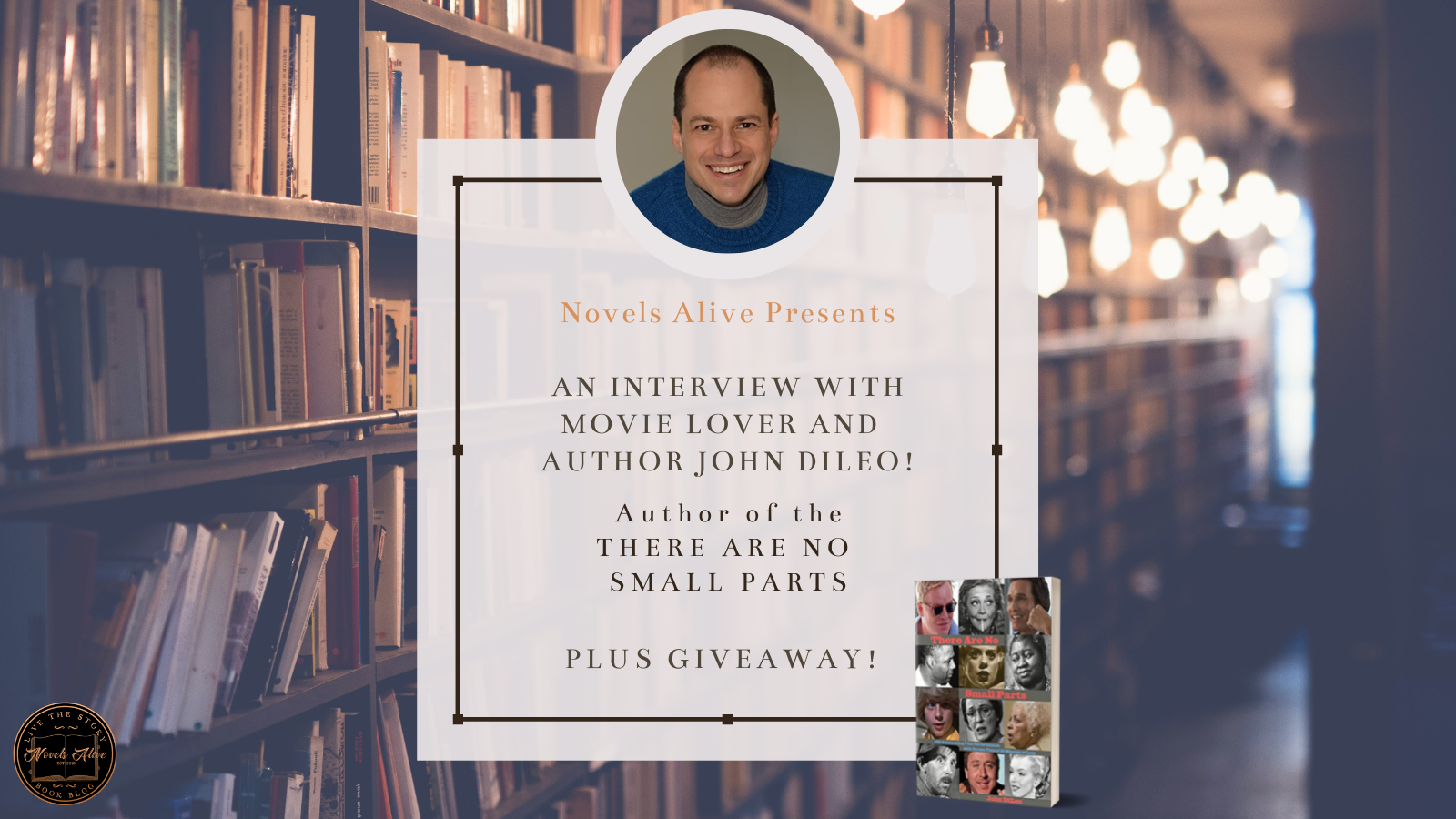 Today we welcome movie lover and author of There Are No Small Parts, John DiLeo, to answer our questions about movies today.

Your latest release marks #7, following a clear pattern of raising awareness of filmmaking. What sparked this interest?

I come from a family of devout moviegoers. They set the example and I happily devoured whatever anyone was watching on TV, especially the older films. Later in life, at 35, I began writing about film because I felt I had so much I wanted to say. Luckily, at 61, I’m still not done sharing my enthusiasm for the subject.

There’s been an insurgence of film remakes. What are your thoughts about this trend?

Remakes are always about returning to what worked before, about minimizing risks by dealing with material considered tried-and-true. They have been with us from the beginning of film history, but we become more aware of remakes as we get older. Why? Well, suddenly, the films of our own youths become fodder for new versions. And yet “tried-and-true” goes only so far, providing no guarantees of success whatsoever.

Your work obviously requires a significant amount of research. With There Are No Small Parts, you narrowed the scope to 10 minutes or less of screen time. How did you arrive at the final list?

I wanted an overall balance of films equally representative of the decades (from the 30s to the present), a rich variety of genres, the inclusion of both star cameos as well as roles played by lesser-known character actors, etc. The bottom line was to write about performances I love and also to focus on how the performers made magic in such a short amount of screen time, sometimes in as little as two minutes. There was so much to choose from, so it’s certainly a subjective list, my own personal journey through 85 years of movies and movie actors.

What do you consider the best film of all time and why?

I don’t have an answer for best film, but I do have a favorite: Vincente Minnelli’s The Band Wagon (1953), starring Fred Astaire. I love musicals, and this is easily one of the greatest. Astaire is my favorite person of the 20th century and, in addition to his phenomenal dancing here, he gives a deeply fine acting performance as an insecure has-been movie star braving a stage comeback. No film makes me happier.

What are the key takeaways for readers?

I hope the book opens people’s eyes to some wonderful artists who never received their due. I also hope I’ve been able to make readers think about some beloved films in new and different ways, classics such as Gone with the Wind, It’s a Wonderful Life, All About Eve, The African Queen, The Godfather, etc. Examining films through the prism of one brief performance proved to be a fascinating and surprisingly rewarding way for me to explore how certain films delve into our emotions and remain in our memories.

Ultimately your list boils down to your opinion. However, it becomes more challenging to oppose your selections because you ground them in facts. How do you respond to those who disagree with you?

Any person attempting a book with this title will come up with his/her own unique list, one shaped by individual tastes. All I can do as a critic is explain my overwhelmingly positive responses to my choices. I’m not “right,” I’m not “wrong,” but I do hope I always defend my judgments with clarity. Besides, movie lovers enjoy arguing with each other!

Of the 100 you covered in this book, can you narrow it to your top three?

I love my 100 “children” equally, but here are three that exemplify what the book is all about: Elsa Lanchester in Bride of Frankenstein (1935), Robert Duvall in To Kill a Mockingbird (1962), and Matthew McConaughey in The Wolf of Wall Street (2013).

What prompted the design of the book?

My publisher assembled a gifted design team. They get all the credit for the book’s considerable beauty, including the color photos and the ribbon bookmark. It’s an author’s dream come true!

What is your next project?

I have an idea and a catchy title, but I’m still formulating things. I never start a book until I can visualize the end result.

Thank you for this opportunity to pontificate on my love of classic movies, my favorite topic!

You are most welcome, John! We just happen to be classic movie lovers ourselves! Thank you for sharing your massive knowledge with us! 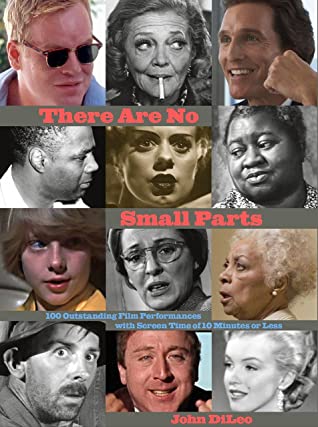 Most books about screen acting, including one of the author’s (100 GREAT FILM PERFORMANCES YOU SHOULD REMEMBER BUT PROBABLY DON’T), concentrate on major stars and major roles. THERE ARE NO SMALL PARTS focuses on the wonders achieved by performers in brief roles, sometimes mere cameos. To watch an actor’s complete delineation of a character in a few minutes is to marvel at his/her talent, concentration, and invention. Each of the 100 performances spotlighted in the book aims to evoke not just each actor’s individual impact but how he/she’s imaginative gifts invigorated (and sometimes even stole) their films. From 1935 to 2019, the text surveys great artists who mastered playing for the camera, seizing moviegoers’ attentions and deserving places of honor for their contributions 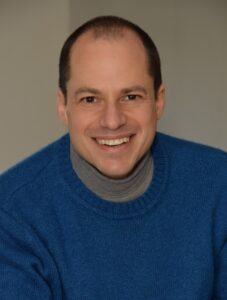 Amy Wilson
My name is Amy W., and I am a book addict. I will never forget the day I came home from junior high school to find my mom waiting for me with one of the Harlequin novels from my stash. As she was gearing up for the "you shouldn't be reading this" lecture, I told her the characters get married in the end. I'm just glad she didn't find the Bertrice Small book hidden in my closet. I have diverse reading tastes, evident by the wide array of genres on my Kindle. As I made the transition to an e-reader, I found myself worrying that something could happen to it. As a result, I am now the proud owner of four Kindles -- all different kinds, but plenty of back-ups! "Fifty Shades of Grey" gets high marks on my favorites list -- not for character development or dialogue (definitely not!), but because it blazed new ground for those of us who believe provocative fiction is more than just an explicit cover. Sylvia Day, Lexie Blake, and Kristin Hannah are some of my favorite authors. Speaking of diverse tastes, I also enjoy Dean Koontz, Iris Johansen, and J.A. Konrath. I’m always ready to discover new-to-me authors, especially when I toss in a palate cleanser that is much different than what I would normally read. Give me something with a well-defined storyline, add some suspense (or spice), and I am a happy reader. Give me a happily ever after, and I am downright giddy.
Share
Facebook
Twitter
Pinterest
WhatsApp