5-STAR REVIEW: SEE YOU NEXT TUESDAY by Ken Harris 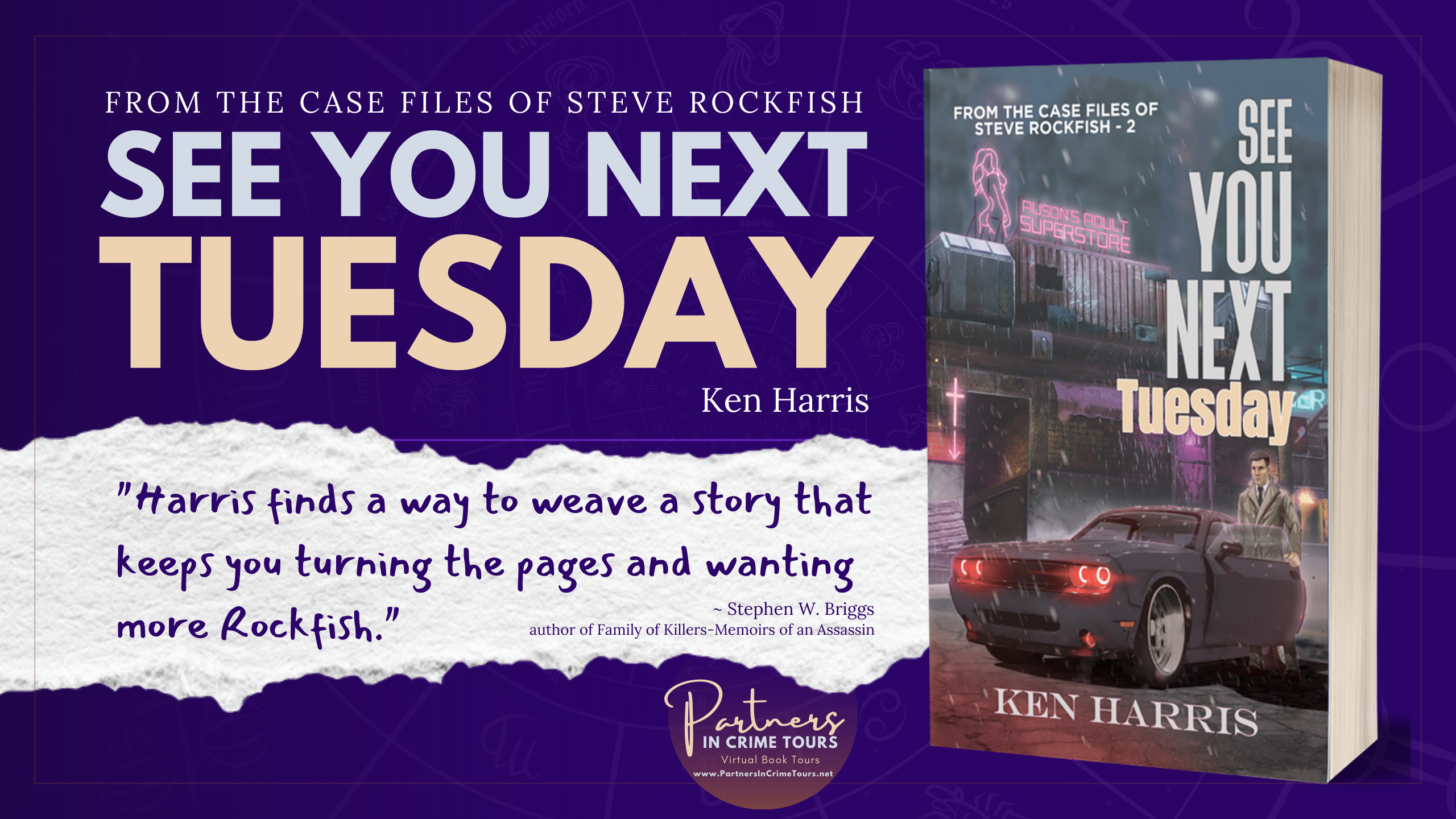 PI Steve Rockfish’s father loses part of his retirement savings in an online romance scam while partner Jawnie McGee handles the firm’s newest client who spins a tale of alleged spousal infidelity. Rockfish ignores his current case load and becomes fixated on tracking down those responsible for the fraud. Restitution is coming in the form of cash or broken bones. At the same time, Jawnie’s surveillance of the cheating spouse reveals more acts of kindness than sex leading to a client who doesn’t want to believe the good news.

Unbeknownst to the partners, each investigative path leads the partners to the Church of the Universal Nurturing II where the fraud is on a cryptocurrency level. Their new SunCoin is marketed as the only post-rapture currency accepted inside the pearly gates. After all, who wants to show up to the after party with out-turned pockets and not get past Heaven’s paywall?

Church elders court Rockfish and his new-found Hollywood wealth with an old-fashioned honey pot. The danger level ratchets up as Rockfish counters by sending the firm’s two new confidential informants undercover only to find the church’s endgame grift is larger and deadlier than anyone expected.

Well, Ken Harris did it again with See You Next Tuesday, the second book in the series, From the Case Files of Steve Rockfish. I definitely hope there’s more since I love the author’s writing style. The title is appropriate for the book’s content, and I loved the cover.

My heart was racing, and the adrenaline was pumping throughout as P.I. Steve and his partner, Jawnie, were often taken on a merry chase throughout multiple states and locations as they worked their case, putting together clues for cases they never expected to intersect.

Steve and Jawnie work well together as they complement each other, but Steve sometimes goes silent and into his own head, forgetting Jawnie is his partner. I guess it may be because he was an old-school detective and worked alone until recently.

Jawnie brings in Lynn, a sometimes homeless person, to help her gather clues, while Steve brings in Raffi, who he’s worked with before, to help him out at times.

The prologue was a nice addition to reconnect us to Steve and Jawnie. There are quite a few references throughout regarding how they met and how we were first introduced to Steve. Man, how his life has changed!

There are many twists and turns, chases, meetings, clients, people who are not as they seem, injuries, deaths, and many clues sprinkled throughout. There are too many bad guys to count, and Steve often puts himself in the middle of danger, as do the others, unintentionally, though.

Steve’s protective of those on his “team,” including his elderly father, who had a health scare initially. The villains are sometimes ahead of Steve, Jawnie, and members of law enforcement who are in on the case, but if not for Steve and Jawnie, would they get their man and close the case?

They approached the crimes committed and the clues they uncovered methodically and professionally. The investigation ended on a positive note, with the bad guys getting their just desserts. The closure was epic, and I loved the epilogue, which rounded out the story nicely. The story was reminiscent of the old-time detective series I watched on TV growing up; some were even woven into the story.

With a vivid writing style, edge-of-your-seat suspense, and captivating characters, Ken Harris’s See You Next Tuesday delivers a white knuckle thriller that will keep you guessing til the very last page. Bravo, Mr. Harris! 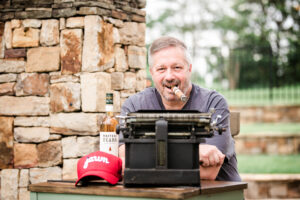 Ken Harris retired from the FBI, after thirty-two years, as a cybersecurity executive. With over three decades writing intelligence products for senior Government officials, Ken provides unique perspectives on the conventional fast-paced crime thriller. He is the author of the “From the Case Files of Steve Rockfish” series. He spends days with his wife Nicolita, and two Labradors, Shady and Chalupa Batman. Evenings are spent playing Walkabout Mini Golf and cheering on Philadelphia sports. Ken firmly believes Pink Floyd, Irish whiskey and a Montecristo cigar are the only muses necessary. He is a native of New Jersey and currently resides in Northern Virginia.

5-STAR REVIEW: SEE YOU NEXT TUESDAY by Ken HarrisWith a vivid writing style, edge-of-your-seat suspense, and captivating characters, Ken Harris's See You Next Tuesday delivers a white knuckle thriller that will keep you guessing til the very last page. Bravo, Mr. Harris!