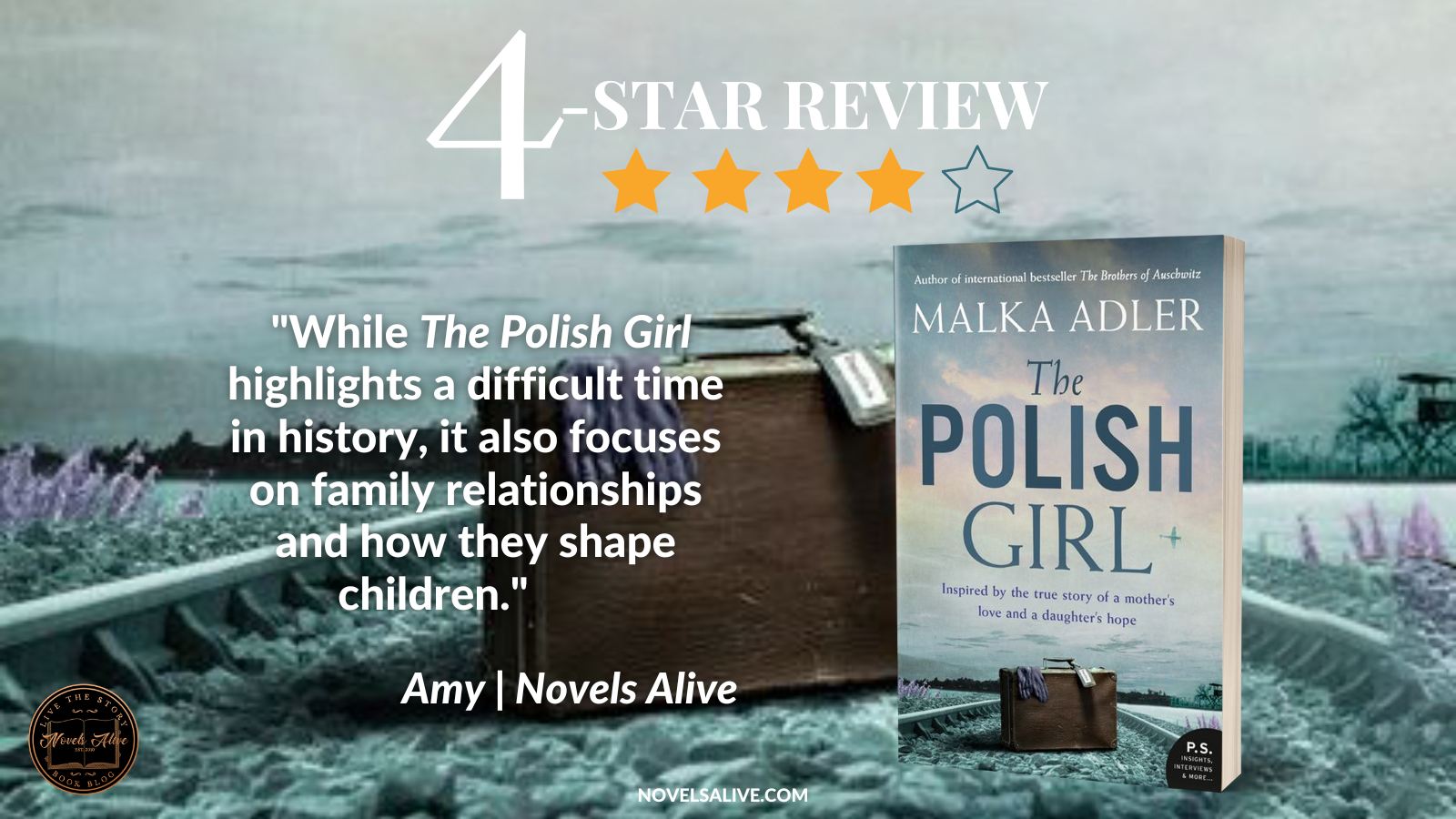 Winter 1939: Danusha and her family are forced to flee their home when the Nazis invade Poland. Danusha’s mother, Anna, changes her name and secures a position as a housekeeper in a German doctor’s mansion in Kraków where Gestapo meetings are hosted in the kitchen…

Her secret is their salvation, but what Danusha remembers most is the solitude, with only her baby brother and the girl in the mirror for company.

It is only years later, when their neighbours gather in the living room to hear Anna’s stories, that Danusha finally realises her mother was never a cold unknowable sea but a storm-wracked sky – sometimes bright, sometimes dark, and always watching over her.

A young Jewish girl struggles to make sense of life during the Nazi invasion of her Polish town. Her story unfolds in The Polish Girl by Malka Adler.

With Danusha as the main character, the story unfolds based on talks her mother delivers before an audience in their living room years later and includes Danusha’s point of view. One of the key points emphasized throughout the book is that Danusha’s mother, Anna, had wanted a first-born son. As a result, Danusha went through her childhood believing that she didn’t count, which was coupled with religious persecution.

Not having a secure relationship with her mother clearly impacted Danusha’s childhood, illustrated by Anna showering attention on Danusha’s little brother, Yashu, while pushing Danusha away. The trials and tribulation of having to frequently move from place to place to seek refuge took a toll on the family. The author spends a significant amount of time detailing this journey.

While the struggle was gut-wrenching, there was a part of me that wondered why Anna didn’t do more to ensure Danusha had a supportive framework. The impact of her mother’s actions unfolds as the story moves through their lives and Danusha becomes an adult.

While The Polish Girl highlights a difficult time in history, it also focuses on family relationships and how they shape children. 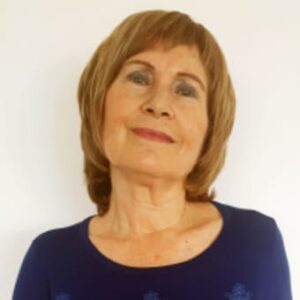 Malka Adler was born in a small village near the Sea of Galilee in northern Israel. She began her work as an author after the age of 50 when she joined a creative writing course and fell in love with the art. So far, Malka has written seven books, four of which are about the Holocaust. It was never clear to her why she was drawn to this subject again and again. Only recently perhaps has she begun to understand, after finding out accidentally that most of her father’s family together with all the Jews of Komotini in Greece were sent to Treblinka in 1943. Malka was named after one of the aunts who perished at the camp together with her 3 kids. Malka is married, has 3 sons and is a grandmother herself. She obtained her undergraduate and graduate degrees in educational counselling at Bar Ilan University and currently she is a family and couples’ therapist, writer, and facilitator at several reading clubs.

4-STAR REVIEW: THE POLISH GIRL By Malka AdlerWhile The Polish Girl highlights a difficult time in history, it also focuses on family relationships and how they shape children.