Everyone knows that silent movies were choppy, jerky films where people waved their arms a lot and over-acted in corny plots. Right? Wrong, oh so wrong! They were filmed at a different speed than sound films, and when they’re shown at the correct speed, they’re every bit as smooth and professional as the later movies. Some of the plots were corny, sure—as are too many movies and TV shows today. The comedies featuring actors like Buster Keaton and Harold Lloyd have lasted particularly well. As for the dialogue, the few and far between subtitles in silent film carry the story along just fine. It makes you realize how much of what we say is unnecessary—talking just to be talking.

When I was researching FLICKERS, which features a silent film studio and its crew, I came to realize what an amazingly creative period the early years of the Twentieth Century were. From the first tiny film short, “The Great Train Robbery”, to D.W. Griffith’s amazing silent epics like INTOLERANCE, the movies existed for less than fifteen years. During that time just about every camera angle, lighting set up, special effect, and so on were invented.  Color came along later toward the end of the 1920s, but a lot earlier than one might think. The modern epics may have computer effects, but not much else about them is new.

An incredibly creative and brand-new technology like the movies has a glamor and a romance about it that I tried to capture.  The movies were exciting, and they were changing America, too—especially the attitudes of its young women! They provided me with a wonderful background to set off my main characters: Violet, married off to a respectable man but in love with Jack, a cameraman at the studio. Her brother-in-law, Tip Rediston, works there as well, on his way to stardom as a leading man.

In those days Hollywood was still a “temperance town” run by Baptist minister. Film studios were scattered all up and down the California coast, usually in small towns with easy access to the wilderness necessary for the all-important Western pictures.  “Santa Luisa,” the location I’ve created for FLICKERS, is one of them.

Set in the dynamic years leading up to the Roaring Twenties, Flickers turns its lens on California’s glamorous silent film era, as Victorian civilities are swept away by a bold new century . . .

Violet Winters is the daughter of one of California’s wealthy robber barons. Jack Sutter is the gardener’s son. In their youth, the two were inseparable. But in 1913 everything is changing, and despite their feelings for each other, adulthood has come between them. Their vastly different social positions leads Violet to marry the aloof but socially perfect Maury Rediston. Jack vows to win Violet back while carving out a new life for himself in the burgeoning motion picture industry. Tip Rediston, Violet’s brother-in-law, also gets drawn into the bohemian world of the flickers. As handsome as he is troubled, Tip starts his climb to stardom despite his family’s disapproval. But as social changes, political upheaval, and war change the world around them, Violet, Jack, and Tip learn that things are never as easy as they seem on the silver screen. . . 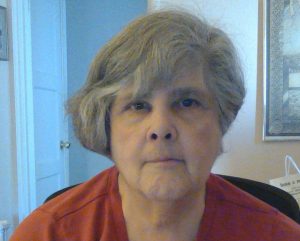 Kathryn Jordan lives in the San Francisco Bay Area with her husband, two cats, and a vagrant skunk.  Although she spent her childhood in a Great Lakes industrial city, she became a confirmed Californian at age nine, when her family relocated to Santa Barbara, the “Santa Luisa” of the novel.  All it took was one winter without five feet of snow turning into black urban slush to convince her that the move had been worthwhile. FLICKERS, her first historical novel, is a new departure for her career. Under the name of Katharine Kerr, she’s also the author of the Nola O’Grady series of light-hearted urban fantasy novels.