BOOK BLAST: THE BRIEF AND TRUE REPORT OF TEMPERANCE FLOWERDEW by Denise Heinze 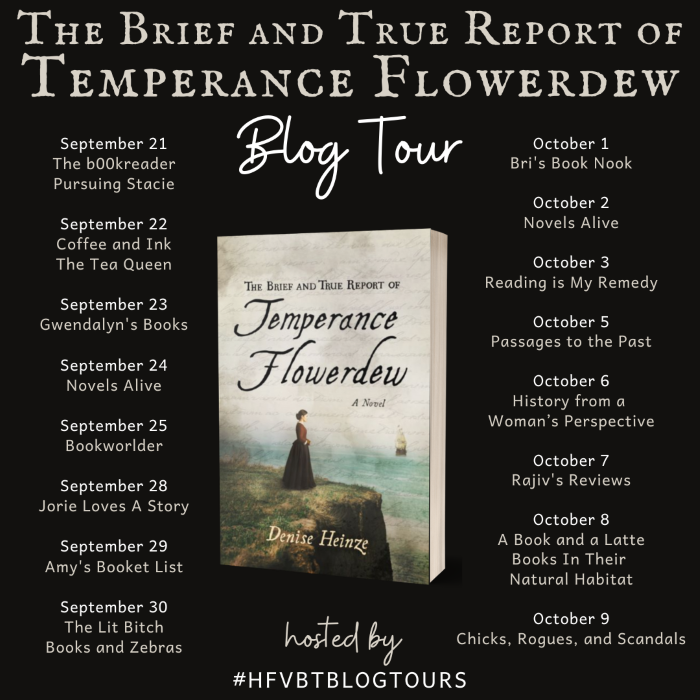 Determined to set the historical record straight, and clear her conscience, Temperance Flowerdew — the wife of Virginia’s first two governors — puts quill to paper, recounting the hardships that nearly brought the Jamestown colony to its knees, and the extraordinary sacrifice of her servant girl, Lily.

When she steps aboard the Falcon in 1609, Temperance Flowerdew was not only setting sail from England to the distant shores of America, she was embarking upon a future of opportunity. She didn’t yet know how she would make her mark, but in this new place she could do or be whatever she wanted.

Willing as she is to brave this new world, Temperance is utterly ill-equipped to survive the wilderness; all she knows is how to live inside the pages of adventure and philosophy books. Loyally at her side, Lily helps Temperance weather pioneer life. A young woman running from lifelong accusations of witchcraft, Lily finds friendship with Temperance and an acceptance of her psychic gifts. Together, they forge paths within the community: Temperance attempts to advise the makeshift government, while Lily experiences the blossoming of first love.

But as the harsh winter approaches, Lily intuitively senses a darkness creep over the colony and the veneer of civilized life threatens to fall away — negotiations with the Indians grow increasingly hostile and provisions become scarce. Lily struggles to keep food on the table by foraging in the woods and being resourceful. Famine could mean the end of days. It’s up to Lily to save them both, but what sacrifice will be enough to survive?

A transporting and evocative story, The Brief and True Report of Temperance Flowerdew is a fiercely hopeful novel — a portrait of two intrepid women who choose to live out their dreams of a future more free than the past.

‘Denise Heinze has written a stirring novel about America’s first pioneers, with particular attention to the women whose pluck and forbearance made it all possible. Temperance Flowerdew’s ‘Brief and True Report’ retells the story of America’s first colony, established by English settlers in 1609, all but destroyed by Powhatan Indians twenty years later, then rescued from oblivion by remnants of Britain’s exploratory fleet. In that saga, Heinze manages to preserve the formal language of the period with a storytelling appetite for narrative, complete with native savagery, thwarted romance, the harsh realities of seventeenth-century ocean travel, and the unpredictable currents that made such explorations so daunting and so frequently fatal.’ –C. Michael Curtis, Fiction Editor Emeritus, The Atlantic

‘With careful research, and lyrical and evocative writing, Denise Heinze’s The Brief and True Report of Temperance Flowerdew transports the reader to the harrowing seventeenth-century Jamestown settlement. The richly imagined story of two pioneering women who escape a stifling old-world existence, only to face a tempest at sea, and land in a new world of hunger, thirst, and desperation, is captivating from first page to last. Temperance and Lily represent the untold stories of the heroic American Founding Mothers.’ –Tracey Enerson Wood, author of The Engineer’s Wife

‘The Brief and True Report of Temperance Flowerdew by Denise Heinze is a vivid novel about the winter of 1609-10 in Jamestown, Virginia, America’s first colony. A relentless drought preceded the winter, and a siege by natives of the region blocked access to food. Through the voices of Temperance and her housemaid and friend, Lily, Heinze takes us into the desperate days of what became known as ‘the Starving Time’ in sometimes ruthless detail. This richly researched novel, in an elegant narrative using the vernacular of the seventeenth century, is a must-read for those who love historical fiction and for all who enjoy a compelling drama well told. I read this captivating book straight through.’ –Anna Jean Mayhew, author of Tomorrow’s Bread, The Dry Grass of August, and a third novel in progress.

‘A literary thriller. This remarkable novel infuses the history of the Jamestown experiment with the tale of two women, a mistress and her servant, who find in one another the full measure of sacrifice and survival. This story is spun of silk and rendered in blood.’ –Elaine Neil Orr, author of Swimming Between Worlds

‘In this vividly imagined historical novel, Denise Heinze gives voice to one of the few survivors of the darkest period (1609-10) in the life of the Jamestown colony. The Brief and True Report of Temperance Flowerdew is not only an unforgettable account of the extreme hardships faced by the colonists but also the moving story of two remarkable young women who faced the challenges with courage and ingenuity.’ –Nancy Grayson, executive editor emeritus, University of Georgia Press

‘Denise Heinze skillfully resurrects a forgotten life, and puts her heroine where she belongs — at the center, not the sidelines, of early Jamestown history. Wonderfully inventive, briskly plotted, and rich with historical detail, this fact-filled novel will delight readers of historical fiction and women’s history alike.’ –Kate Bolick, bestselling author of Spinster: Making a Life of One’s Own

‘At the end of Denise Heinze’s compelling new novel, main character Temperance Flowerdew wonders ‘what goes missing when the women are nowhere to be found as actors in history.’ Heinze has created a character whose life answers that question. A product of the English landed gentry, Flowerdew endures the Starving Time in the early days of the Jamestown colony. Surrounded by desperation and death, she manages to prevail, eventually documenting her story of survival and salvation using a quill from a Christmas goose. Although this book is a novel, it is a powerful, truthful, richly detailed portrayal of the daily struggle to survive in early seventeenth-century Virginia.’ –Fred Sauceman, associate professor, East Tennessee State University

‘An enthralling tale of female strength and courage against seemingly impossible odds. Denise Heinze’s Temperance is a complex, nuanced character (as is her maid, Lily, a real treat), and the world we see through her eyes is fascinating and terrifying in equal measure. The research is impeccable but sits lightly on the narrative. The Brief and True Report of Temperance Flowerdew is more than an engaging tale of a pivotal time in America’s history — it draws the women who lived it out of the shadows and, finally, lets them take their rightful place at the center of the story.’ –Meg Keneally, author of Fled

During the Blog Tour, we are giving away five (5) paperback copies of The Brief and True Report of Temperance Flowerdew! To enter, please use the Gleam form below. 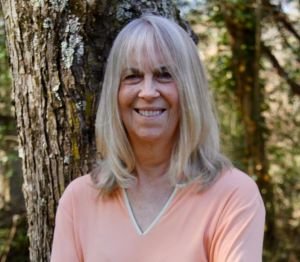 Denise Heinze, a former literature professor and a PhD graduate of Duke University, writes fiction, nonfiction, and poetry. She is the author of the novel Sally St. Johns and her work has appeared in Now and Then, Thought and Action, Reunions, Wow! Women on Writing, THEMA literary journal, and Gemini Magazine; her story The Grid, was a quarter-finalist for the Ghost Story Supernatural Fiction Award. The Brief and True Report of Temperance Flowerdew is her second novel and was a finalist for the University of New Orleans Press Publishing Lab Prize. A descendant of Louisa May Alcott, she lives in North Carolina.

Monday, September 21
Review at The b00kreader
Review at Pursuing Stacie

Tuesday, September 22
Feature at Coffee and Ink
Guest Post at Encouraging Words from the Tea Queen

Wednesday, September 30
Feature at The Lit Bitch
Review at Books and Zebras

Saturday, October 3
Review at Reading is My Remedy

Tuesday, October 6
Review at History from a Woman’s Perspective

Thursday, October 8
Review at A Book and a Latte
Feature at Books In Their Natural Habitat