Convicted of a crime he didn’t commit; it is only luck that proves his innocence.
Maëlle has always had a thing for bad boy Nicholas…

…and Nicholas has always had a thing for trouble.

After Nicholas left her at the altar, Maëlle wasn’t sure her heart would ever heal.

The wounds of the past run deep for both of them.
But despite their drama-filled past, their chemistry defies logic and burns hotter than ever.
As sparks fly and Maelle and Nicholas have the chance to reunite, will Nicholas sabotage their chance for happiness with his plans for revenge? Or will he finally focus on what truly matters?

Can they make love grow this time around?
Something both of them aren’t sure they can do…

A Betrayed man, a bride left at the altar, and a plan for revenge. Dive into the complex world of Nicholas in Book III of J. A. Jackson’s Lovers, Players The Seducer series and discover if love can transform even the best-laid plans?

J. A. Jackson will be awarding a $15 Amazon or Barnes & Noble gift card and eight (8) Kindle Ebook copies of Lovers, Players, Seducer Book III: The Betrayal of Nicholas La Cour to randomly drawn winners via Rafflecopter during the tour. 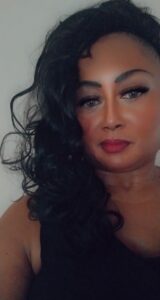 J.A. Jackson is the pseudonym for an author, who loves to write deliciously sultry adult romantic, suspenseful, entertaining novels with a unique twist. She lives in an enchanted little house she calls home in the Northern California foothills. Her love for cooking and writing comes from her Southern roots of Louisiana and Arkansas. She is a member of South Bay Writers Association, Yosemite Romance Writers, and Romance Writers of America (RWA).