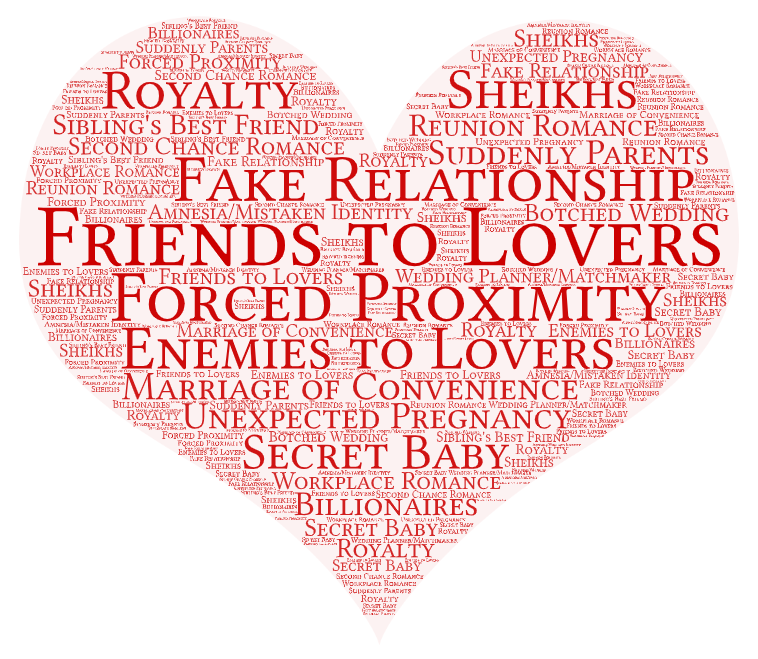 Favorite tropes, we all have them. Readers probably can guess some of mine from the books I write: the powerful alpha hero (royalty, sheik, billionaire businessman), the strong-minded heroine, marriage of convenience, unexpected pregnancy, and second chance romance (also known as reunion stories). I also absolutely love a good Beauty & the Beast inspired story (doesn’t matter which is Beauty and which MC is Beast) and I can just devour a well-written marriage in peril. 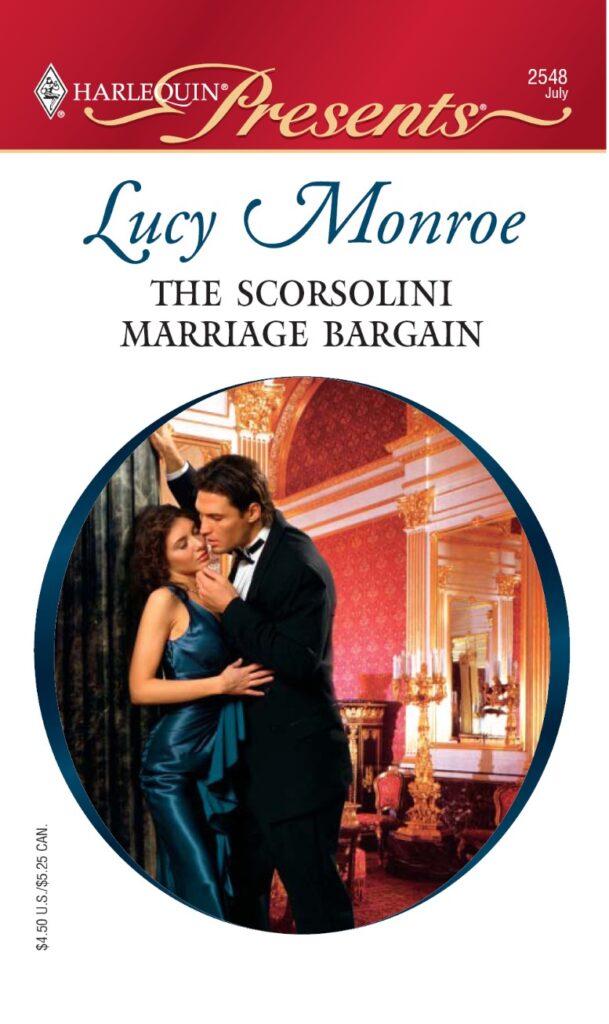 However, the closest I’d come to writing one was The Scorsolini Marriage Bargain. I still look at that book primarily as a marriage of convenience because the couple did not marry because they were madly in love. Claudio’s love grew after the marriage and he has yet to acknowledge it when the book begins. Although it remains one of my favorite books I have written, I did not attempt another marriage in peril story until After the Billionaire’s Wedding Vows (my current Harlequin Presents release).

The idea for it started when I wrote a Christmas Coda for my Greek Tycoons. It was a gift for my readers, especially the ones who asked me over and over again if I knew what my characters were up to now.

I loved writing the scenes that gave glimpses into my characters’ lives years after the endings of their books. It also got me thinking. What about a story centered around what happens after that initial HEA? What if the initial HEA was built on shifting ground, rather than something solid? Could there still be a happy ending for the couple?

Even when a marriage is built on something real and solid, it can still hit roadblocks and rivers to cross without the benefit of a handy nearby bridge. What about those relationships? Could they make for a solid romance story? 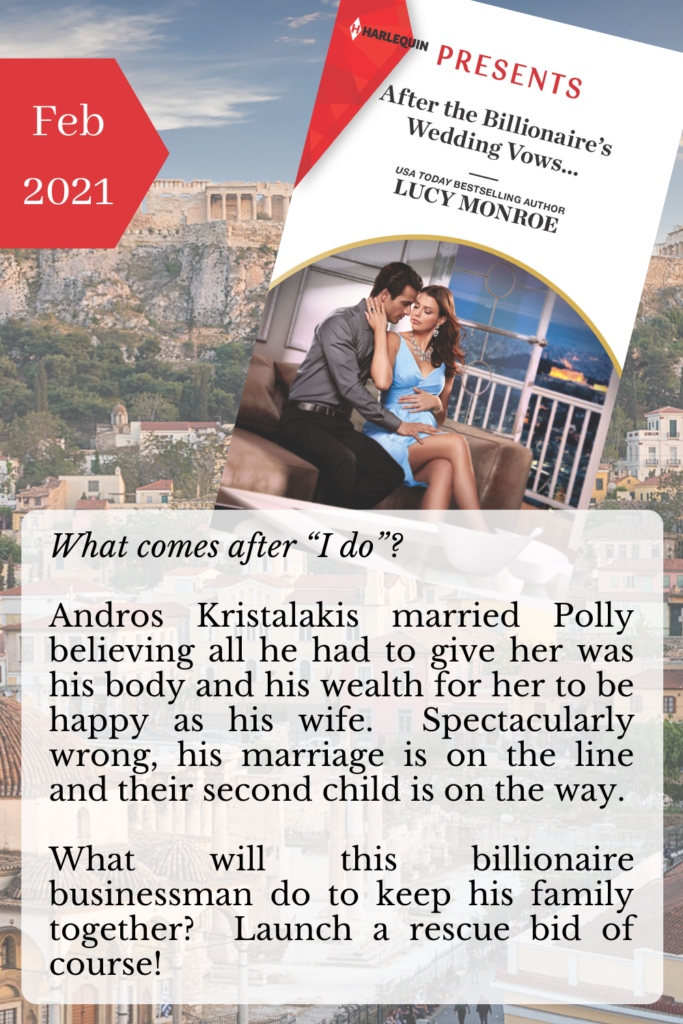 In After the Billionaire’s Marriage Vows, both Polly and Andros have declared their love.  Although they come from entirely different backgrounds, they did manage to meet. They also got married after a whirlwind romance because they loved each other. It’s five years on, and Polly’s pretty sure what Andros calls love is lust with some affection thrown in.

Andros and Polly believe they are entering their marriage with similar expectations. As so often happens in life, things are not quite as they seem.

The Greek tycoon is certain Polly will know he loves her and will remain happy in her relationship with him if he provides a fabulous lifestyle for her and they continue having well…nothing less than amazing sex. He is spectacularly wrong. His marriage is on the line and their second child is on the way.

What will this billionaire businessman do to keep his family together? Launch a rescue bid of course.

That rescue bid takes Andros and Polly on a journey of discovery of the other’s emotional needs and deeply held feelings.  When they build their new and improved HEA, it’s solid and strong in a way it wasn’t when they first married.

I loved writing this kind of story. It had all the elements of a reunion romance, but the couple starts out married. If you’re like me, you will love that.

My own marriage has not always been smooth sailing and one of the reasons I adore my husband to bits is because of how hard he has worked to keep our relationship strong. Like Andros, Tom doesn’t always realize when he’s done something damaging, but when he figures it out, he’s a fixer. Like Polly, I don’t sit passively by, and neither do I believe it’s all on one of us to make a lifetime of love work.

We are in this together.

As are Polly and Andros.

I fell a little in love with Andros because, like all my heroes, he’s got a bit of my husband in him. But he’s his own character, and he’s special. He and Polly are well matched. Neither is a pushover, but both really, genuinely love the other. Even if that love isn’t always obvious.

I’m not going to lie, their intimacy is hot. For me, the emotion between them is even hotter though.

I hope that if you get a chance to read the book, you fall for Polly and Andros as I did and that you feel just as emotionally satisfied with their book’s ending. 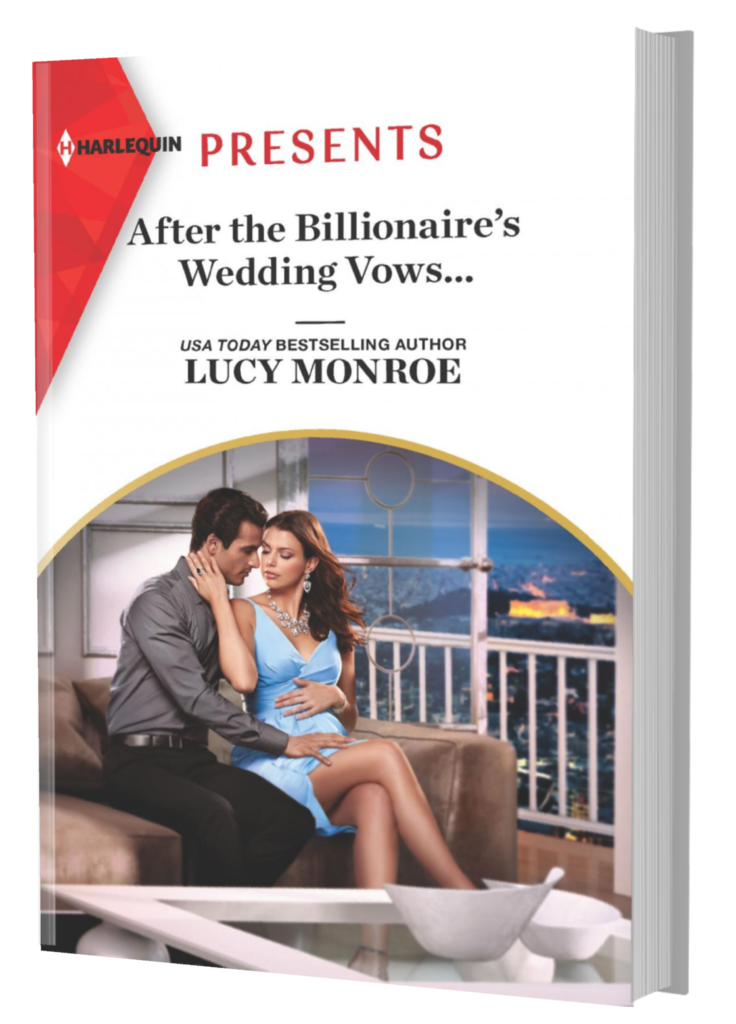 Can this Greek marriage go the distance? Find out in this passionate and dramatic romance by USA TODAY bestselling author Lucy Monroe!

What comes after “I do”?

Greek tycoon Andros Kristalakis knew that his white-hot whirlwind romance with Polly could end only one way—with her wearing his ring! He offered her his world of unbelievable luxury while he ruled his family’s business empire. But that was all he could give.

Now pregnant Polly has revealed that for the past five years she’s secretly craved more! With his marriage on the line, Andros must choose—because closing the distance between himself and Polly will mean destroying the protective barriers he’s long fought to keep intact… 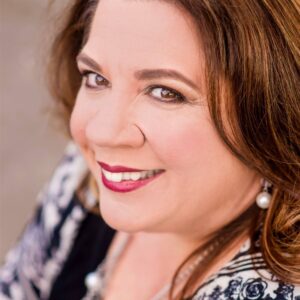 With more than 8 million copies of her books in print worldwide, award-winning and USA Today bestseller Lucy Monroe has published over 75 books and had her stories translated for sale all over the world.  While she writes multiple subgenres of romance, all of her books are sexy, deeply emotional, and adhere to the concept that love will conquer all.  A passionate devotee of romance, she adores sharing her love for the genre with her readers.