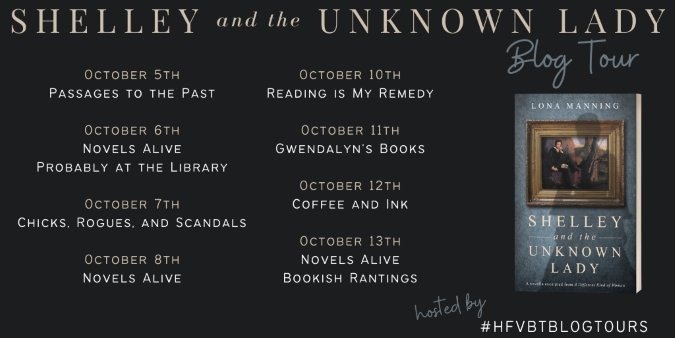 The very night before [Shelley left] London for the continent, a married lady of fashion, young, handsome, rich and nobly connected, called upon him, and avowed that [he] was her ideal of everything exalted in man, and that she had come to be the partner of his life… The sequel of this story belongs to a later date. ~ A Memoir of Shelley (1886), by William Michael Rossetti. 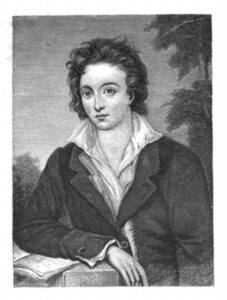 When Percy Bysshe Shelley drowned in a shipwreck off the coast of Italy in 1822, he was virtually unknown as a poet. But interest in his poetry and his life grew steadily, and by 1832 his cousin Thomas Medwin published a memoir, in which he revealed that Shelley had once told him a curious story about a lady who loved him so much that she left her family and followed him all over Europe. 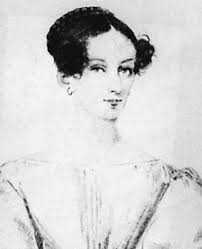 The lady, described as “young, handsome and of noble connections,” came to him in London after reading his epic poem, Queen Mab. Shelley told Medwin he was deeply moved by her devotion but refused her offer. He was committed to his relationship with his wife Mary, (the daughter of the famous feminist Mary Wollstonecraft). He and Mary Shelley left for Europe shortly afterwards.

But the story did not end there: Shelley claimed that the lovelorn woman followed him all through Europe, and spied on him from a distance. Finally, in the winter of 1818, she “revealed herself to him in Naples. There, in Naples, she died. 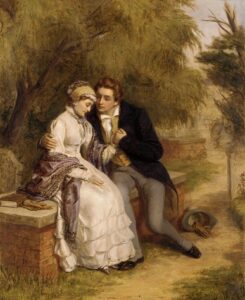 The mystery about this unknown lady was repeated by other Shelley biographers (although most of them are sceptical about the story). Did she even exist?

If the tale is completely false, we have a grown man telling his intimate friends that he was followed around Europe by a rich, high-born, beautiful woman who was hopelessly in love with him.

But there is also the possibility all or part of the story is true. And during that winter in Naples, Shelley was struggling with a profound depression. Although he was a married man, he wrote of being loveless and alone in his poem, Stanzas Written in Dejection near Naples, which reads in part:

I sit upon the sands alone,—
The lightning of the noontide ocean
Is flashing round me, and a tone
Arises from its measured motion,
How sweet! did any heart now share in my emotion.

Alas! I have nor hope nor health,
Nor peace within nor calm around,
Nor that content surpassing wealth
The sage in meditation found,
And walked with inward glory crowned—
Nor fame, nor power, nor love, nor leisure.
Smiling they live, and call life pleasure;
To me that cup has been dealt in another measure.

My novella, Shelley and the Unknown Lady, imagines how this tragic romance might have played out. The mysterious lady in my novel is none other than Mary Crawford, the witty, intelligent troublemaker from Jane Austen’s Mansfield Park. Mary Crawford longs for an alliance with a famous, influential man. She wants to rise to the top of London society. Is Shelley, an unknown genius, her ticket to the kind of life she dreams of? 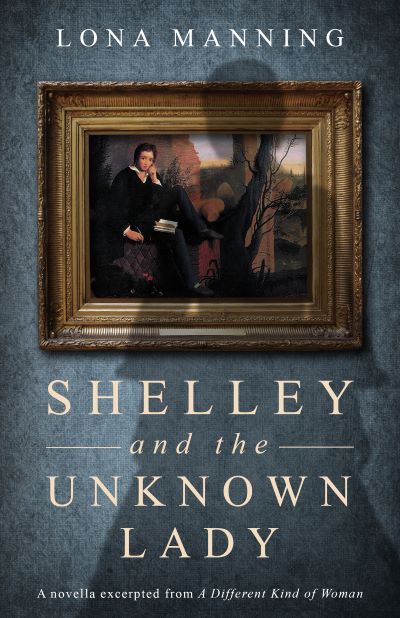 “Manning’s books are… maniacally well-researched, gorgeously written, and wholly accurate in character. I can’t wait for the next one! I wholeheartedly recommend her books…” ~ Goodreads reviewer

The giveaway is open to US residents only and ends on October 13th. You must be 18 or older to enter.