As masterful as Dan Brown, Boyd Morrison blends the cutting edge of today’s science and technology with past lore and legend to create a modern day thriller that will frighten you to the core. In THE LOCH NESS LEGACY, series hero and weapons expert, Tyler Locke races to keep the entire world from being sucked into the war that has already begun.

From France to the Scottish Highlands, the pace and death defying saves of this book will leave you breathless. Tyler and his team must follow ingenious clues to unlock the cryptic past or the resulting massacre will kill everyone he holds dear. But no one is prepared for the conspiracy they uncover and the truth about the Loch Ness monster will shake the world.

“Boyd Morrison’s Loch Ness Legacy is a fantastic read: part mystery, part thriller, part scientific exploration. Like his character, Tyler Locke, Morrison is at home with high-technology, the latest gadgets and the weaving of great escapes from the most dangerous of perils. Both are up to the challenge here, as the world faces a new danger from its warlike past, one that leads eventually to Scotland, the lake known to so many and the legendary creature that may haunt its dark and foreboding waters.” —Graham Brown, #1 New York Times bestselling author of THE EDEN PROPHECY and DEVIL’S GATE

“A quartet of heroes worth cheering for, an enemy as sinister as they come, secrets from the past, more action that you can shake a broadsword at and the Loch. Ness. Monster! What more could you ask for in a thriller? Loch Ness Legacy is a perfect storm of history, science and action that is sure to please anyone with a pulse, and maybe a few without them.” —Jeremy Robinson, bestselling author of RAGNAROK and ISLAND 731

Monsters are real but maybe not exactly who and what we think they are. So grab on with both hands and take this chilling thrill ride expertly crafted by the hands of a Jeopardy champion whose use of technology will astound you. 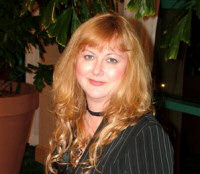