GUEST BLOG: On Writing Female Assassins by Veronica Forand Plus Giveaway for a Kindle Fire!

Previous articleGUEST BLOG: A HIGHLAND LOVE AFFAIR and Giveaway with Janice Maynard
Next articleHEART’S DEBT by Cheryl Holt and Giveaway!

Movie Assassins. Most people visualize a male, wearing an Armani suit and crisp white shirt, on a rooftop with a rifle aimed at a target. The man is calm, almost emotionless, and fully focused on the moment. After the shot goes off, he puts away the rifle and calmly walks away from the scene.

What about a female assassin? The same image, only instead of a black tailored suit, she’s generally portrayed in black tight pants with a kickass jacket and boots to match. Often, the male assassin of the movies is trained by a government organization. HE may or may not go rogue, but there’s some legitimacy to what he does.

The female, however, is a renegade. She’s pushing boundaries and works on the outside of polite society.

Emotions matter too. Typically, men are perceived to be the soldiers, the ones who kill. Despite the real emotional impact on anyone who has ever pulled a trigger against another human being, men are expected to grab the gun and protect the masses.

Not women. The debate for women in combat rages on even today. A woman killer is still an anomaly despite the increasing number of women joining the front lines of military forces around the world.

In TRUE PERIL, I reverse the roles. The male assassin, Dane wants out. He feels the damage to his soul with each life he takes. Trista, however, wants a chance to take on the challenges of carrying a gun and using it. Her skills aren’t as refined as Dane’s, as he was trained and spent years in the field, but her aim is great and her ability to stay calm when a small army is shooting in her direction makes her invaluable o the team. She’s the rebel, he’s the gentleman killer. One bullet, however, changes their lives forever.

She’s this assassin’s toughest assignment ever…

Socialite Trista Patterson has turned her back on her life of privilege and dedicated herself to helping others. Her mission to protect the world’s children often takes her into the bleak and violent underbelly of third world countries. When a kidnapping attempt goes wrong, Trista quickly finds herself running for her life…and married to a man she just met…as she’s placed at the top of the Cartel’s most wanted list.

Dane O’Brien has spent his life in the shadows. Once a lethal assassin he grew tired of losing his soul with every hit, trading his gun and missions for a conference table and office politics as an undercover operative for the CIA. But when visiting his humanitarian sister turns deadly, Dane finds himself swearing to protect her beautiful and passionate friend Trista no matter the cost…even if it means stepping back into the world he swore never to return to. Although falling for the tough-hearted Trista is easy, keeping her alive is hard.

Scroll down for an exciting excerpt!

Enter to win a KINDLE FIRE! 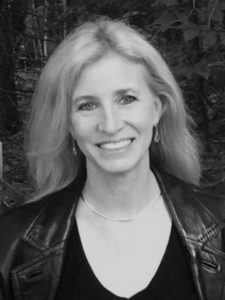 A Golden Pen winner in romantic suspense and a triple finalist in the Daphne Du Maurier Award for Excellence in Mystery/Suspense, Veronica Forand is an attorney and a novelist. She’s lived in Boston, London, Paris, Geneva, and Washington, DC and currently resides near Philadelphia. An avid traveler, she loves to roam across continents with her husband and kids in pursuit of skiing, scuba diving, and finding the perfect piece of chocolate.

Read more about her upcoming releases and appearances at veronicaforand.com.

“Trista?” he called out through the trees.

He called to her several more times and then started back to his car to gather supplies to hike a mile or two farther to try to find more evidence of her presence. The swish of a branch behind him caught his attention. Whoever was hiding had emerged.

Relief turned to caution as Trista walked out of the jungle with a layer of mud covering her and a handgun aimed at his head.

She didn’t speak. Her eyes remained focused on him, and her legs seemed poised to take off at the slightest threat.

Hovering in the area between the road and the forest, she shook her head. “You’re Jenny’s brother?”

Her voice sounded stronger than her faltering body appeared. Some of the mud that covered her looked more like blood that had dried on her shirtsleeves and part of her pants.

“What’s Jenny’s middle name?” Her eyebrows furrowed as they had in the pictures.

She took a tentative step forward. She observed Dane’s movements and fixed her eyes on his like a panther ready to pounce. “What’s her favorite drink?”

“Chocolate milkshakes. Or a margarita if the bar carries fresh limes.”

The tension in her face melted away. She pointed the gun to the ground and walked over to him. His arms opened automatically—after all, the woman had been through hell. She probably needed a hug or a shoulder to cry on.

She crossed her arms over her chest, the gun dangling from her hand. Her breathing pattern switched from a heavy sigh to a shivery exhale. He put his arms down and observed her.

“Let me rephrase. Do you need medical attention?”

“Where are the men who took you from the village?”

She nodded. Her gaze dropped to the ground. Most people never recovered from such a nightmare. Yet she’d not only lived through the ordeal, she emerged from the jungle healthy and armed.

He’d placed the odds against her, but now that he saw her in person, he’d have changed his bet. He approached her with caution. Her finger rested just outside the trigger, in a position a skilled shooter would feel comfortable with.

She peered up at him. “I’m glad you’re here. I didn’t know how I’d get down from the mountain. Is Jenny all right?”

“I don’t know anything about her, except she’s probably alive thanks to you. Did they hurt you?” He placed a calming hand on her shoulder and slipped the gun out of her hand.

“No.” She eyed the weapon, but didn’t reach for it. Not that she’d be capable of taking it back from him.

“I’ve been listening to the group’s radio all night. They’re coming back. For me.” A tear rolled down her cheek. She ignored it and looked toward the hut. “I didn’t mean to kill them.”

“Kill or be killed.” He urged her toward the Land Cruiser with a soft hand still on her shoulder, trying to ease the wretched emotions that would brand her view of the world forever—the same emotions that tortured his soul every night. “You survived a kidnapping by two moronic men. Don’t feel guilty.”

“You’d have killed them?”

More than killed them. That’s why he hid away in an office now. If anyone had threatened to rape a young girl in his presence, he would have flayed their skin and stuffed it down their throats before ripping their hearts out. “I wouldn’t have been as merciful as you.”

Check out the other books in the True Lies series!