INTERVIEW: With Elizabeth Adams on SONS OF PEMBERLEY With Giveaway! 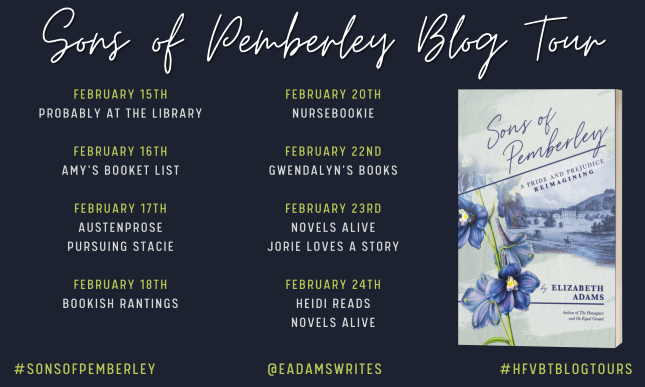 We are delighted to welcome historical fiction author Elizabeth Adams. Ms. Adams is an avid admirer of Jane Austen and has written many novels reimagining Pride and Prejudice—including the novel we will focus on today, Sons of Pemberley.

When did you first become interested in Jane Austen novels, and what was it about her stories that made you a lifelong fan?

The novels entered my radar when I was 12 and my grandfather gave me a copy of Emma for Christmas. I read through all of her books as a teenager, though much of it was over my head. I realized Jane’s genius later, in my late twenties, and I love her writing (and I imagine I would have loved her had I met her) because she does it all. She is funny, witty, full of heart, realistic, and at the same time, sprinkles in just enough escapism to make us continue coming back for more. That kind of realism + fantasy is an unstoppable combination.

Sons of Pemberley is written, in many ways, as a prequel to Pride and Prejudice. Why did you think it was important to create the characters of George Darcy (FitzWilliam Darcy’s father), Anne Darcy (FitzWilliam’s mother), and Samuel Wickham (George Wickham’s father) and to tell their backstories?

Anyone who has been reading fanfiction for more than a little while can tell you that there are a LOT of books and stories out there. I wanted to do something different. Different from what anyone else was doing, but mostly different from anything I have ever done. I like taking on new challenges, and I have never wanted every book to feel like a rehashed version of the one before it.

But most of all, the idea grabbed hold of me and wouldn’t let go. I fell in love with George Darcy and Lady Anne’s story, and Samuel Wickham became so real to me that he felt like a friend before I was halfway through. I think they have needed their story told for a long time, and I am beyond pleased to be the author to do it.

Have you received “hate” from die-hard Austen aficionados who feel Austen set canon and no one should deviate from it?

Every JAFF author has gotten some of that from time to time. People who think our sub-genre should simply not exist. They have a right to their opinion, but I think Austen would probably find it all amusing—both the fanfiction and the derision for it. I don’t listen to that sort of criticism—it isn’t productive and engaging would likely be arguing with a brick wall.

On the opposite spectrum, have you received “love” from Austen devotees who appreciated your look into FitzWilliam and George Wickham’s childhoods and how their fates could have changed had they had good mothers and fathers guiding them along the way?

I have certainly gotten a lot of love. Plenty of people don’t like it because it is not solely focused on Darcy and Elizabeth (their story is about 1/3 of the book), but those who are ready for a little more have responded very well to it. I think a lot of us wonder how Darcy came to be, and in many ways, I think one must understand Pemberley to understand Mr. Darcy, as I’ve put in the blurb. Even in canon, Elizabeth falls hard for Mr. Darcy when she sees Pemberley because that is when she comes to understand him, and all the pieces fall into place.

You made a conscious decision to torment poor Anne and George through their marriage. My heart broke so many times for both of them, but I felt more for Anne being a mother myself. What went into making this writing decision?

Let me begin by saying that I am a mother as well—I have three children—and so I did not go into this lightly. I made those decisions largely due to canon and the time period because I knew there were nearly 12 years between Darcy and Georgiana, and I wondered why that would be.

Because of the time period, childhood mortality was high, so I could not imagine the Darcys—who needed an heir for Pemberley—not at least trying for a spare once they had their heir. So either Lady Anne simply did not become pregnant for 11 years, which is possible but I think unlikely, or she had miscarriages and stillbirths. Darcy says at the end of the book that he was for many years “the only child,” so that made me believe he did not have another sibling who died later in childhood.

So that is why I had Lady Anne have such trouble in childbed and with infants. I thought it likely that something similar happened.

You have written several reimaginings of Pride and Prejudice. Have you thought to reimagine any other of Austen’s novels?

I am toying with the idea of Persuasion, both because it is my favorite of Austen’s novels and because I have been asked to do it repeatedly. If I were to do it, it would likely be a crossover with P&P, as I know that world so much better, and so do my readers.

Austen had a very distinct style of writing, imbuing realism, wit, irony, humor, and social commentary within her compositions. Did you study her style to make sure you were true to her style for her enthusiasts? (For the record, I thought you did a splendid job!)

Firstly, thank you! That is a huge compliment. To answer the question, I don’t think I study so much as immerse myself in something when I want to learn about it. I tend to be rather reflective in my accent and vocal rhythm (likely the result of moving so much as a child) and so it is natural for me to begin talking like whoever I am with if I spend more than a little time with them. I don’t think it is as straightforward with writing, but I can mimic someone’s voice if I try to, though it eventually fades and my own comes through.

I don’t think I quite have Austen’s voice down, nor would it be fully understandable in our times, but I do try to continue her style of covering all the things—the humor, the satire, the social commentary, the subtlety here and obviousness there. Basically, being well-rounded.

Was there something you wrote in your manuscript that didn’t make it through the final edit that you wish had?

Yes! There was a scene with Lady Anne and George Wickham that was actually the first scene I wrote when I got the original idea. By the time I got to that place in the book, which is towards the end, I realized it no longer fit and the story had evolved into something new. But I still love it, so it is shared on my website on the Sons of Pemberley page in the Bonus Material section. There is another scene that was an option I made for Rebekah Wickham that can be found there as well.

Can you tell us a little bit more about Sons of Pemberley that isn’t in the synopsis?

I can say that I truly love it. It is absolutely my best work, so if you have liked my other books, but feel on the fence with this one because it is not 100% Darcy and Elizabeth, give it a shot because you just might love the other characters against your will. They are sneaky little buggers and once they latch on, they don’t let go. And seeing what made Darcy into Darcy—come on, who doesn’t want to see that?

I have joked that George Darcy is the original Mr. Darcy and our Mr. Darcy is Darcy 2.0. Seeing where he came from just makes you love him more. You know those memory flashbacks in books that make you understand the character better? It’s like that on steroids.

What’s next for you? Are you working on another book?

I am a couple of weeks away from being finished with my next book, which is currently untitled and should be out this spring. It is very light and banter-filled, because after the heaviness of 2020, and the soul-draining work of writing Sons of Pemberley, I needed something light and shiny. It’s all about laughing and sighing and how to fall in love with a man you thought you hated. (Actually, that is a good title option…)

I also have the next two books lined up as soon as I finish this manuscript. Another regency told in a way I have never done before and filled with lots of twists and turns (likely out in late summer) and the sequel to Ship to Shore.

Thankfully, I am in a really good writing phase and getting an awful lot done, writing more than I ever have. It’s wonderful and something I plan to continue. 😊

Thank you so much for joining us today! I truly enjoyed Sons of Pemberley and look forward to reading more of your works! 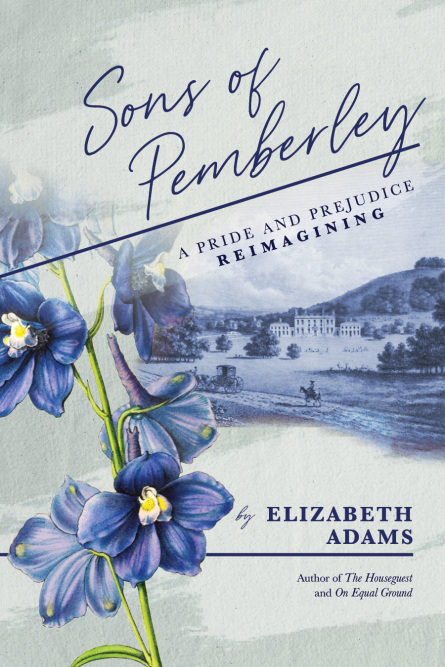 What if Lady Anne Darcy was alive to meet Elizabeth Bennet?

A sweeping tale of tragedy, devotion, and betrayal—spanning over 25 years and two generations—this family saga explores the life Fitzwilliam Darcy would have had if his mother had not died young.

An up-close view of the Darcys’ marriage and Fitzwilliam’s childhood … a retelling of the circumstances that shaped the man we have come to love … a reimagining of the friendships and relationships that formed each iconic character … a tale of love, loss, heartbreak, and triumph—that is Sons of Pemberley.

We have 2 paperbacks, 2 eBooks, and 2 Audiobook download codes up for grabs during the tour!

The giveaway is open to the US & Canada only and ends on February 24th. You must be 18 or older to enter. 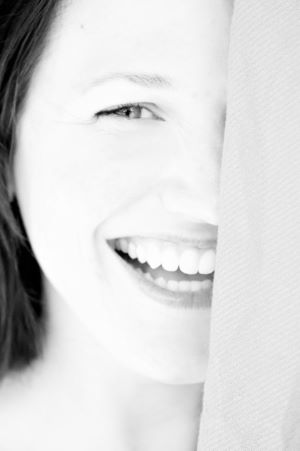 Elizabeth Adams is a book-loving, tango-dancing, Austen enthusiast. She loves old houses and thinks birthdays should be celebrated with trips – as should most occasions. She can often be found by a sunny window with a cup of hot tea and a book in her hand.

She writes romantic comedy and comedic drama in both historic and modern settings.

You can find more information, short stories, and outtakes at www.EAdamsWrites.com.