GUEST BLOG: How I Handled Research for the Book by Sverrir Sigurdsson

Previous articleBOOK BLAST: PLEASE DON’T DIVORCE ME by Vickie Hall
Next articleINTERVIEW: George Milton on Failure Is Not the Problem… It’s the Beginning of Your Success

A memoirist is supposed to depend mostly on his memory.  For me, though, I wanted my memoir to reflect not just my life but also the heart and soul of my country.  To do this, I would need to put my personal experiences into context. I would have to understand my family history against the background of the country’s history.

Since I’m located in the US, I was worried that access to material for my story might pose a challenge. As it turned out, much of the information I needed was available in books, written accounts prepared by family members, and of course the internet—the bottomless fount that spews out, at the push of a button, newspaper articles, census data dating back to the 1700s, the logbook of a sea captain in the 1800’s, everything I can or can’t imagine.

Until recently, accessing newspaper articles in Icelandic papers would have been a formidable barrier.  But a few years ago, the University of Iceland and the National Libraries of Iceland, the Faroe Islands, and Greenland joined hands to digitize every newspaper article and periodical printed from the beginning of news publishing in the 1800s until today.  This cache even includes articles published in Canada for the Icelandic diaspora.  To date, almost six million pages of searchable text are available to anyone for free at the site www.timarit.is.

These articles enabled me to learn about long ago events as if they were yesterday’s news.  I read about the disappearance of my maternal grandfather’s ship in 1910, including the weather report of that stormy day; the heroic efforts to save the people and livestock of my paternal grandfather’s farm during the exceptionally cold winter of 1880, a disaster that drove many Icelanders to migrate to Canada; and the horrifying event that I witnessed as a five-year-old during the Second World War, when a four-engine bomber crashed and burned next to my playground in Reykjavik.

While searching the internet for information about my family, it came to my attention that the Icelandic National Library had interviewed my uncle Óli for a cultural heritage project.  I emailed the librarian, who emailed me a score of audio files. When I clicked on one, there was my long-dead Uncle Óli speaking to me in his gravelly voice, telling me about his life as a fisherman in the rough seas around Iceland.

Printed books were a great source of information too. I already owned some of the books I needed, but others were harder to find outside of Iceland. Even the Library of Congress didn’t have them. So, I emailed an antique bookstore owner in a small town in northern Iceland.  He was actually a farmer running a bookstore from his home as a hobby. Over several exchanges of email, he helped me identify titles that fit my need and mailed them to my home in the DC area.  We have since become good friends.

Family accounts, both written and oral, were invaluable. My dad had researched the family tree of my maternal grandmother and traced it all the way to our ancestors who lived in Sognefjord, Norway in the late seventh century. In other words, I’m a descendant of the original Vikings who left Norway for Iceland in protest over King Harald the Beautiful Hair’s efforts to unify the country. Dad also kept a diary of his travel to England to seek medical help in 1949-1950, which enabled me to tell that part of the story.

I was lucky to have an aunt who lived until 103. She remembered full well the British occupation of Iceland during the Second World War. Allied forces took over the country in the name of protecting it from Hitler amid fears that he would use Iceland as a stepping stone for German advance toward America. My aunt tells this part of history from the local population’s perspective—the indignity of subjugation and the social and moral disruption.  When the number of males in the country doubles suddenly while the female population remains the same, it spells trouble.

Iceland is a nation of writers and storytellers, starting with the first Sagas written in the 13th century. Happenings around the country are usually well-chronicled, which facilitates research for writers and in turn generates more books. They say every one in ten Icelanders will publish a book in his lifetime. Thanks to all the material at my fingertips, I became one of them. 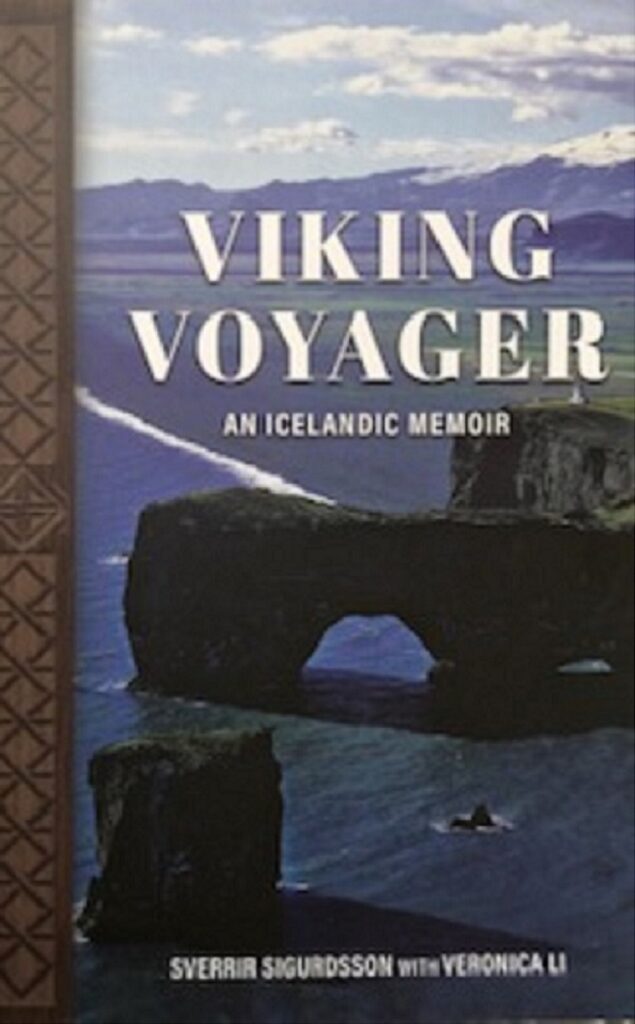 This vivacious personal story captures the heart and soul of modern Iceland. Born in Reykjavik on the eve of the Second World War, Sverrir Sigurdsson watched Allied troops invade his country and turn it into a bulwark against Hitler’s advance toward North America. The country’s post-war transformation from an obscure, dirt-poor nation to a prosperous one became every Icelander’s success. Spurred by this favorable wind, Sverrir answered the call of his Viking forefathers, setting off on a voyage that took him around the world.

One randomly chosen winner via rafflecopter will win a $50 Amazon/BN.com gift card. 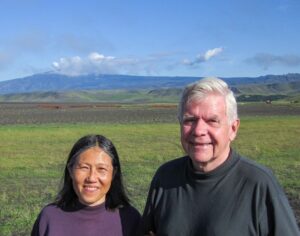 Sverrir Sigurdsson grew up in Iceland and graduated as an architect from Finland in 1966. He pursued an international career that took him to the Middle East, Africa, Asia, Eastern Europe, and the U.S. His assignments focused on school construction and improving education in developing countries. He has worked for private companies, as well as UNESCO and the World Bank. He is now retired and lives in Northern Virginia with his wife and coauthor, Veronica.

Veronica Li emigrated to the U.S. from Hong Kong as a teenager. She received her Bachelor of Arts in English from the University of California, Berkeley, and her master’s degree in International Affairs from Johns Hopkins University. She has worked as a journalist and for the World Bank, and is currently a writer. Her three previously published titles are: Nightfall in Mogadishu, Journey across the Four Seas: A Chinese Woman’s Search for Home, and Confucius Says: A Novel.