HOLIDAY MEMORIES: Christmas Baking with My Family by Edith Maxwell

Thanks, Dayna, for hosting me!

I grew up long, long ago in a suburb of Los Angeles. I am the third of four children and the youngest of three girls. My mother, Marilyn, had a sweet tooth and was an accomplished baker. Her dinners weren’t as accomplished, but the six of us were fed simply every day, and anyway, we’re talking about baking for the holidays. 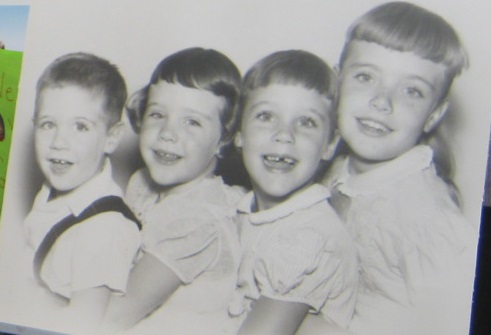 I don’t even remember when I didn’t bake with Mommy and my sisters, especially at the holidays. For Thanksgiving, we made our own pie crust, and each girl specialized in one pie, mine being pumpkin (still my favorite). As an adult, Thanksgiving is the holiday I love best, with family, friends, and good food.

But during my childhood, the lure of Christmas cookies, candy canes, decorating the tree, anticipating the arrival of Santa Claus, new books and maybe a new bike, and so much more were a treat to savor.

And when my mom called us girls to put on our aprons in the weeks leading up to the holiday, I knew Barbie, Jannie, and I were in for a fun and sweet afternoon. (I don’t remember my brother David ever being included. I should ask him.)

The easiest cookie we made was Mexican Bridecakes. You can’t go wrong with butter, flour, powdered sugar, vanilla, and minced pecans or walnuts. We flattened the dough onto a cookie sheet. My recipe card, which I wrote at maybe age ten, said, “Watch carefully for browning.” That is, they can go from done to burnt in a flash. The baked panful is dusted with powdered sugar and cut into inch squares.

My mother might have learned this recipe from her mother-in-law Dorothy, because I later learned that my aunt Jo and my cousin Andy also made these cookies every year, and I expect Andy still does. I included the recipe at the end of my novella, “Christmas Cocoa and a Corpse,” published in Christmas Cocoa Murder last year.

We made Spritz cookies, ones you squeeze out through a cylinder ending in one of many interchangeable disks bearing patterns that yield Christmas trees, stars, and other holiday themes. We sprinkled the tops with red and green sugars before baking. They come out extra light and delicious, but you need just the right touch to get the bit of dough to stick to the cookie sheet. 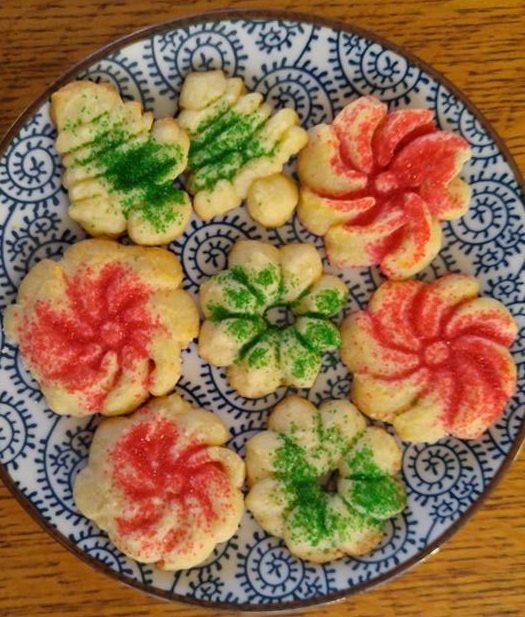 Of course we made gingerbread people, both boys and girls. I don’t think we frosted them, but we might have. These days I press chocolate chips into the cut-out people for eyes, noses, buttons, and so on. It’s so much easier, and children (including adult children) can get very silly creating Gingerbread Cyclops, body parts made of the chips, and more fun. The cookies taste good no matter how they look, and this year’s Candy Slain Murder has the recipe in the back.

We also made long rolls of what Mommy called refrigerator cookies, even though she always put them in the freezer to chill. She colored half the dough green and the other half red. She pressed one batch flat on a long piece of waxed paper, and pressed the second batch on top of it. She then – and this was a stage I could finally help with – rolled it lengthwise, twisted the ends of the paper, and stuck it in the freezer. When it came time to bake them, I always wanted to be awarded the irregular end of the dough before she began slicing. The slices showed the prettiest green and red spirals, but the colors always faded once they were baked. 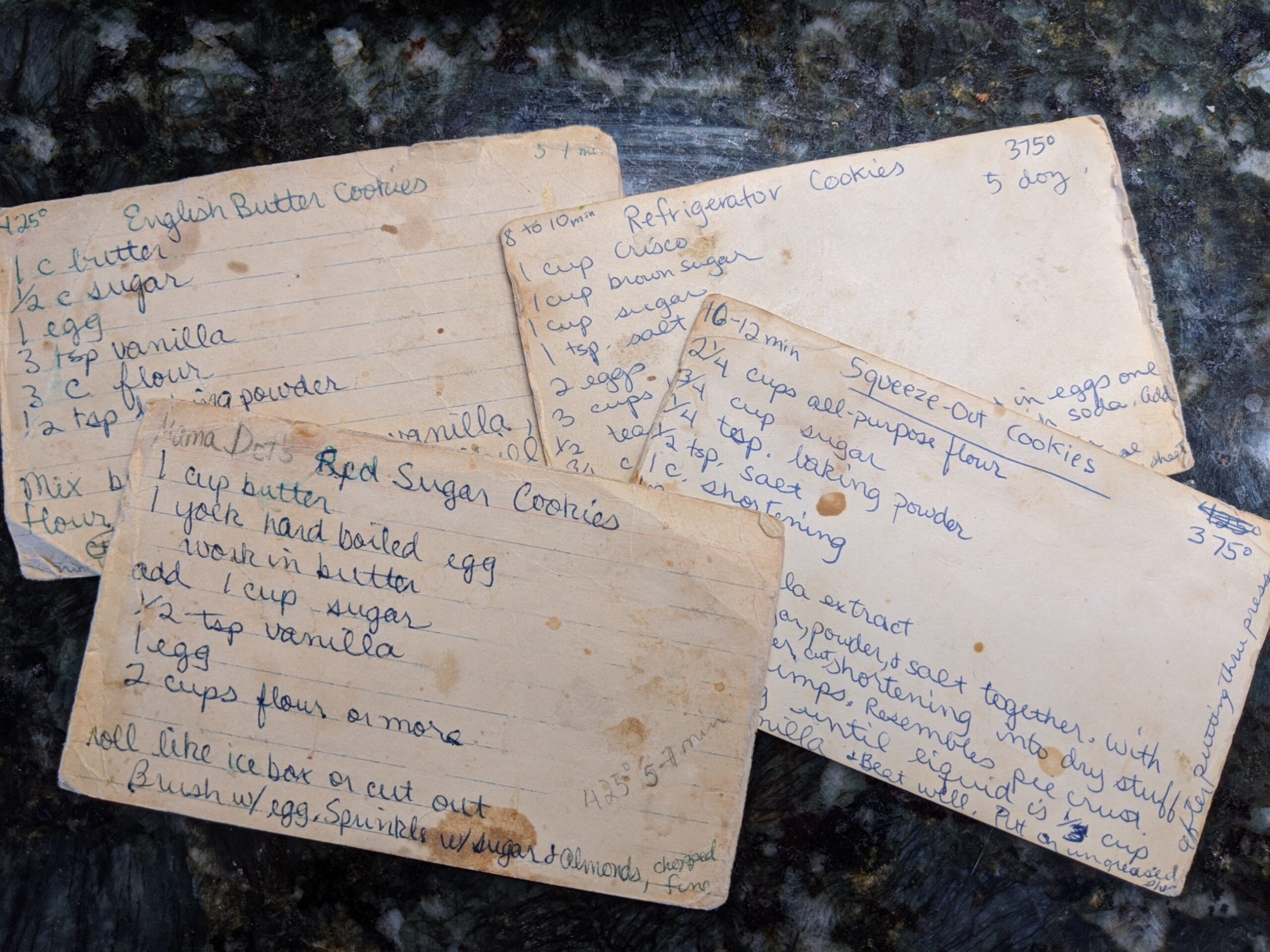 As an aside in this tale, you should know that I was always the youngest and shortest in my class. At home (and at school), I had two old sisters with model behavior, and a young brother who was the only boy and got way too much sympathy for that, in my opinion. I had a strong drive for justice and feminism even as a child. So, for whatever reason, I was the one who acted out a little, who never didn’t have skinned knees, and who delighted in sneaking bits of cookie dough whenever I could.

I also came by my sweet tooth honestly. To her credit, I think my mom looked away during some of those sneaks. She had to have known I was doing it, but I don’t remember ever getting in trouble for it. (I’ll add an aside to an aside, but it relates to me as a reader and writer. After we kids went to bed, Mommy was always downstairs reading, because my schoolteacher father often worked evenings at a second job. If I couldn’t sleep, I would creep downstairs with my book and read, too. I always thought she didn’t notice. As a parent I realized of course she knew I was there. But why not let me stay up and read with better light than I would have with a flashlight under the covers until I got good and sleepy?)

Both are sugar cookies. Both get rolled out and cut out with cutters in the shape of bells, stars, Christmas trees. I own and use most of my mom’s cutters, plus some I’ve acquired over the years. I have a Santa carrying his sack, but it never comes out of the cutter easily. A reindeer, except the antlers often break off. And so on.

Red sugar cookies have a higher ratio of butter and sugar to flour and include a hard-cooked egg yolk for even more richness. They also cook faster and burn more easily. English Butter Cookies include a bit of baking powder, so they rise a little and aren’t as delicate. Still yummy! 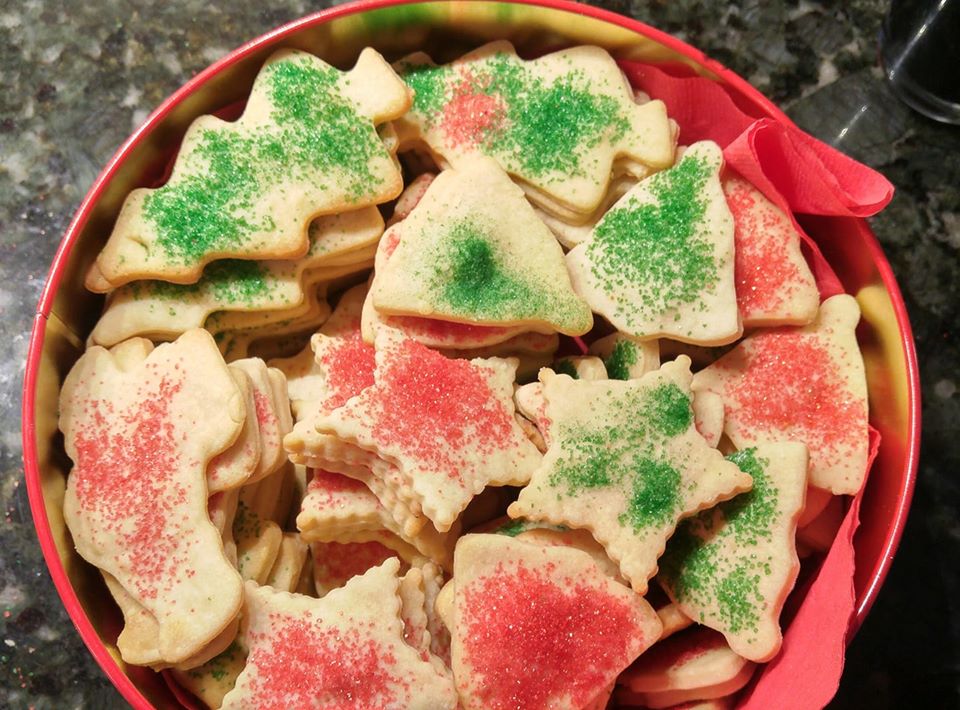 So we four women of the house would roll and cut and transfer to the cookie sheet. We’d take turns sprinkling on the colored sugars. I, at least, would eat plentiful scraps of the pieces between the cut cookies. Whoever was old enough to handle potholders and hot pans would remove them and we’d let them cool on paper towels.

My mom also had a heavy two-part mold that made a stand-up Santa cake. She used a recipe with chopped cherries and nuts, so it was pretty when you sliced it. She would ice together the front and back, and then decorate it beautifully. I wish I had pictures of some of the professional-level cakes she made at home.

I delighted in repeating the Christmas cookie-baking experience year after year with my two little boys, with my bigger boys, then my teen sons, and now with my adult sons. I’ve also made cookies with my two young friends (now, yikes, 11 and 14) as they grew. I’m trying not to dwell on how hard it will be not to have anyone here to make cookies with me this year (can you hear those tears now splashing onto my keyboard). But hey, it’s better to be alive for next Christmas, right?

I can’t believe I don’t have a picture of baking with my sons in the last decades, but believe me, when we are together, we cook and bake and play games like Scrabble and Farkle.

My sisters and I remain close as adults, despite living a thousand miles apart from each other. I’m sure baking with them and our mother at the holidays helped cement that bond.

Readers: What are your favorite holiday sweet recipes? Did you learn to bake with family? I’ll send one commenter a paperback of each of my two Christmas mysteries! 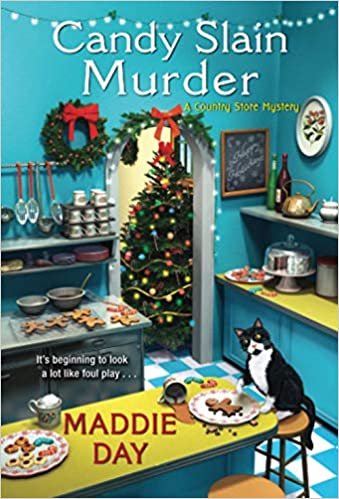 In Candy Slain Murder, Country Store owner Robbie Jordan’s life seems merry and as bright as the Christmas lights glistening around South Lick, Indiana – until a man claims to be the long-lost half-brother of Robbie’s assistant. A fire destroys the home of a controversial anesthesiologist, exposing skeletal remains in his attic. The twin of the long-dead woman is murdered. Unavoidably intrigued, all Robbie wants for Christmas is to stop her winter wonderland from becoming a real nightmare. 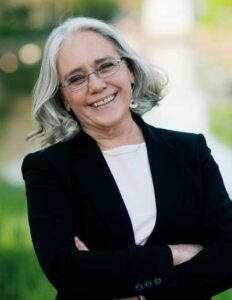 Maddie Day pens the Country Store Mysteries and the Cozy Capers Book Group Mysteries. Agatha Award winning Edith Maxwell writes the historical Quaker Midwife Mysteries, the Local Foods Mysteries, and short crime fiction. With twenty-three mysteries in print, twenty-seven in production, and more underway, Day/Maxwell lives with her beau and their energizer kitten north of Boston, where she writes, gardens, cooks, and wastes time on Facebook. She hopes you’ll find her on social media under both names, on WickedAuthors.com, at MysteryLoversKitchen.com, and at her web site.